Taro continues to flood the market forcing farmers to sell their produce at a loss. (Photo: Anetone Sagaga)

An oversupply of taro is forcing farmers to drop their prices to as low as $5 a bundle, selling their supplies of the national staple at a loss simply to prevent it from rotting.

Farmers across the nation have found themselves off-guard by the New Year’s trend that has left them struggling to make ends meet as their children prepare to return to school.

At the Fugalei market on Friday, farmers’ financial plight was obvious, with double the usual quantity of taro at half the price.

A mix of disruptions to international export markets and an increase in home-grown farming, both caused by COVID-19, are contributing to the oversupply.

For subsistence farmers like Paulo Tofilau of Samusu, he had no choice but to sell his taro for $5 tala because he could not compete with commercial farmers.

“There was nothing else I can do but sell at a loss,” he said in an interview with the Samoa Observer.

The father-of-three used to sell his produce at the Fugalei market but recently stopped after seeing the arrival of the taro influx in town.

“Most of the days I took my taro there (town) it was a waste of money and time,” he said.

“What I do now with what is left of my plantation is harvest it to eat and give out to my relatives to save it from rotting.”

Mr. Tofilau said his plantation has always been the source of income he relies upon to pay for school uniforms and schools.

But in the wake of the taro glut, the father says he is hoping that the Government creates new export opportunities for subsistence farmers like him. 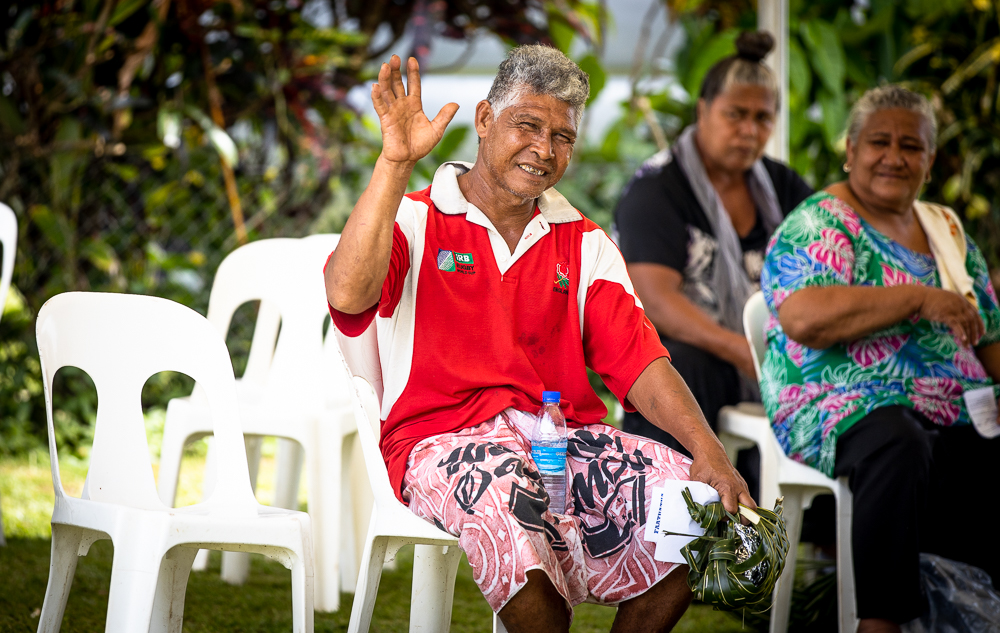 Similarly, in rural villages, there is no shortage of taro sellers lining the side of the road.

Some sellers have provided free taro leaves to customers who buy their $10 tala taro bundles.

Maselina Lino of Falealili agreed that many small farmers are struggling to make money at the Fugalei market.

The mother, who was selling her husband’s produce, said she has observed over the new trend at the market in the weeks leading up to Christmas.

She said that the amount of taro the family had harvested over the past month has dropped in line with their declining sales.

“There was one week that we only managed to sell five bundles of taro for the whole week,” she said.

“Everyone drops their price when they know it’s time to go home.

“But it has been hard to sell taro, especially when those who used to buy to make their taro chips rarely come now.

“Those businesses depended on Pago Pago and those overseas markets but that has changed since the pandemic.”

On the island of Savai’i, the Vice-President of the local farmers’ association, Sosaiete Aufaifa’atoaga Savai’i (S.A.S.), Asiata Manase Peniamina said farmers on the big island were facing similar problems.

The commercial farmer from Satupaitea said he is less affected because he supplies one of the country’s major exporters, Le Mamea Emosi, which supplies frozen taro to New Zealand and Ah Liki.

He said measures put in place by a local exporter are designed to cushion the blow of the downturn by ensuring that each of Savai’i’s farmers benefits from the overseas market.

The commercial farmer said the waiting list of farmers in Savai’i wanting to export their taro overseas now extends until March.

At the Salelologa market, Asiata said produce is similarly abundant.

He said that farmers in Savai'i are selling sacks of taro for $20 tala and making no profit from their harvest.

He says that the COVID-19 pandemic has introduced new restrictions and difficulties for exporters..

Asiata believes that the influx of supply in local and export markets will become a long-term problem for farmers as many people start turning to their land in the face of economic decline.

He said in previous years shortages of the Samoan staple had been followed by influxes of produce, but now he worries that supply exceeding demand will become a year-long problem.

“If we continue on with this trend we will find our markets flooded with taro without making any money from it,” he said.

“People have all turned to their land to make money and it is also because of the Government programme where [...taro shoots were distributed] so people [could multiply growth] on their plantations.

“My appeal to the Government is that these programmes are great but [they have] to go hand in hand with a market that we can make use of our produce.”

Asiata has also urged the Ministry of Agriculture and Fisheries (M.A.F.) to up its negotiations with Australia to open its large market to Samoan taro imports.

He said strict conditions on produce entering Australia makes it difficult for Samoan farmers to gain entry to the market.

“If you study annual trends of taro supply and demand, you will note a pattern exists and this is the period where supply normally exceeds demand, both for the local market, and the quantity normally exported by our taro exporters,” he replied.

He assured the Ministry is currently negotiating with Australia’s Department of Agriculture, Water and Environment (D.A.W.E.) to reopen access to fresh taro.

“We have to ensure that the potential presence of the fungus that causes taro leaf blight in the exported fresh taro corms is eliminated.”

The C.E.O. said the Ministry is also trialing some post-harvest pre-export treatments on fresh taro corms to ensure this can be achieved.

Tilafono said there are a couple of new taro exporters (one frozen and another fresh) that have commenced exporting to New Zealand and Australia.

He said those exporters will be contributing to expending Samoa’s annual total exports “thereby benefiting our taro farmers in terms of an expanded outlet to sell their taro, in addition to our local market”.

The C.E.O. said Fiji continues to be Samoa’s strongest competition. The country exports fresh taro (the popular Niue variety) to the same markets as Samoa.

He said the taro is mainly bought and consumed by Samoa’s large diaspora communities in countries such as Australia and New Zealand.

“The M.A.F. is principally responsible for the quality and biosecurity requirements of taro earmarked for export,” he said.

“We don't have any control or any mandate to regulate the quantity of taro production on a monthly basis to strike a balance between supply and demand.

“That is the sole business of the farmers, agro processors that use taro corms and leaves as raw materials for their processing operations, and exporters for their exporting requirements.”

Tilafono said the Ministry can offer advice but at the end of the day, determining the nation’s supply rests with businesses M.A.F. can assist but does not control.

“The Minister and Management of M.A.F. have held a couple of meetings with our commercial taro farmers and exporters on the issue of taro supply and demand, to ensure all players in the supply and value chains benefit financially, and a few good ideas were proposed,” he said.

“We will continue to have conversations with them to realise some of these ideas.”