Samoa
At 6:45am, two men were covered in a fine mat seeking forgiveness from the family of Fata Utufua. (Photo: Anetone Sagaga)

Forgiveness was in the air in Afega early on Friday as the families of two men slain in a New Year’s shooting accepted traditional apologies (ifoga) presented on the accused shooter's behalf.

Families of the two victims of the New Year's shooting accepted two separate apologies conveyed by members from the alleged perpetrator's family and village.

The accused, Fa’alavaau Tai’i Pologa a man in his 60s, has been charged over the shootings. He originally hails from Siufaga, Falelatai but had moved to reside in Afega.

In Afega, at 5am on Friday nearly 10 vehicles brought families and Chiefs from Si’ufaga Falelatai to participate in the traditional ceremony.

Members of Ne’emia's family were covered in fine mats, and sought forgiveness from the families of the two deceased men, Elisara Fata Lole and Fata Utufua. 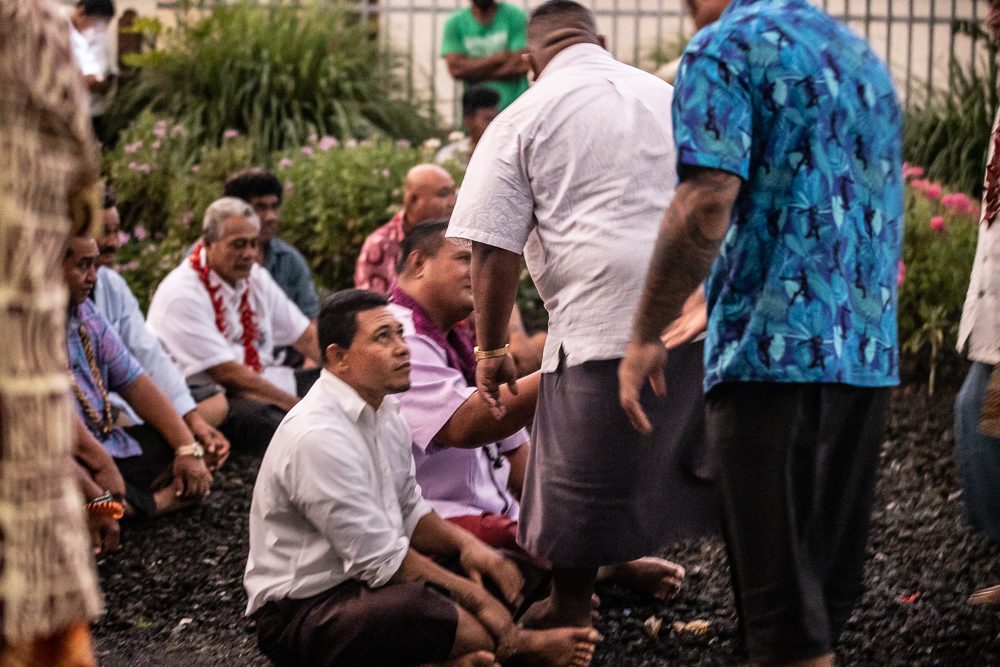 The first apology plea was presented to the family of the first man to be shot: Elisara Fata Lole.

Led by chiefs of the accused’s family, two men were covered in a fine mat as close to 100 members of the family sat on the grass in the hopes their request for forgiveness would be accepted.

Fata Lole, the father of the deceased 35-year-old Elisara, spoke about the incident and the impact the father-of-four's death had upon his family, before the family's Matai Sa'o (paramount chief) decided on the matter.

Within five minutes, Gatoaitele Savea Malifa, and his wife, Muliaga Jean Malifa, walked toward the men in silence and removed the fine mat. 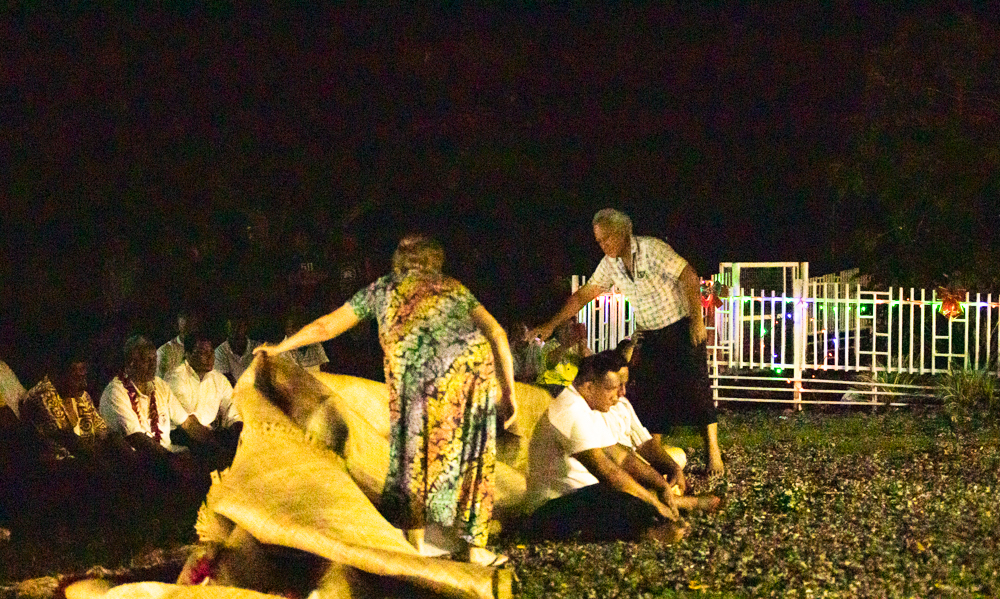 The sign that the family had accepted the apology was met with relief.

Following the acceptance of the apology were traditional (sua) presentations, to Elisara Fata Lole’s family which included fine mats; $20,000; cattle and 100  cases of tinned fish to assist the family with funeral preparations.

After the sua presentations Gatoaitele and his family including the parents of Elisara Fata greeted the accused families and high chiefs of Si’ufaga Falelatai. Tears were shed as members of the two families embraced. 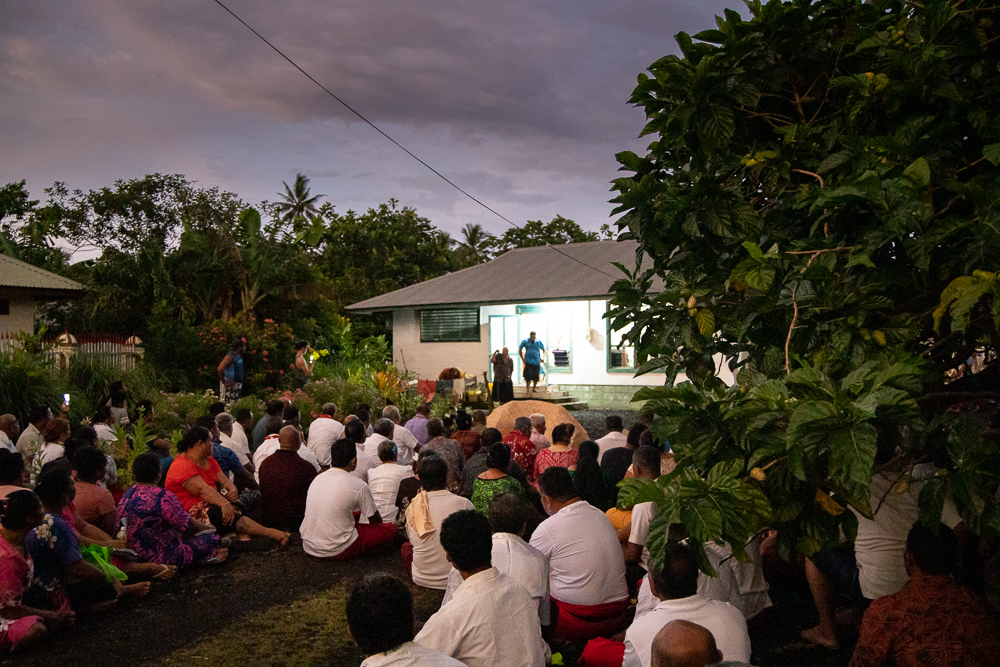 Further down the road a separate ifoga took place outside the residence of Fata Utufua, the second victim of the shooting.

Chiefs from members of the accused's family were again covered in fine mats but waited for more than 10 minutes before Fata Utufua’s family decided to accept the apology.

A High Chief from Si’ufaga, Falelatai, Fa’alavaau Toni, told the Samoa Observer they were thankful that their request for forgiveness was received as it was not easy to absorb what had taken place on the fateful morning in question. 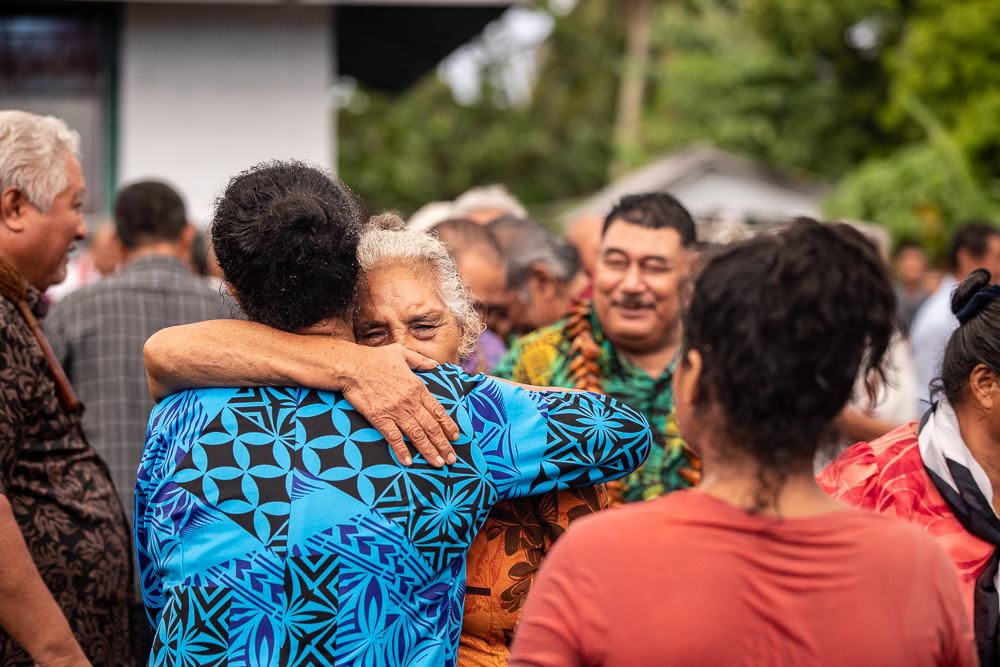 “We all feel the shame in what had occurred when a life is taken and it is saddening. However we are thankful that with God’s grace, the sin has been forgiven,” he said in tears.

Fa’alavaau Toni said the reason behind their village lending support was that the accused was from Si’ufaga Falelatai.

“We have bowed to the grounds to seek forgiveness,” said Fa’alavaau Toni.

Vaotu’ua Ioane, the brother-in-law of the accused was also thankful that their plea for mercy and forgiveness had been accepted. 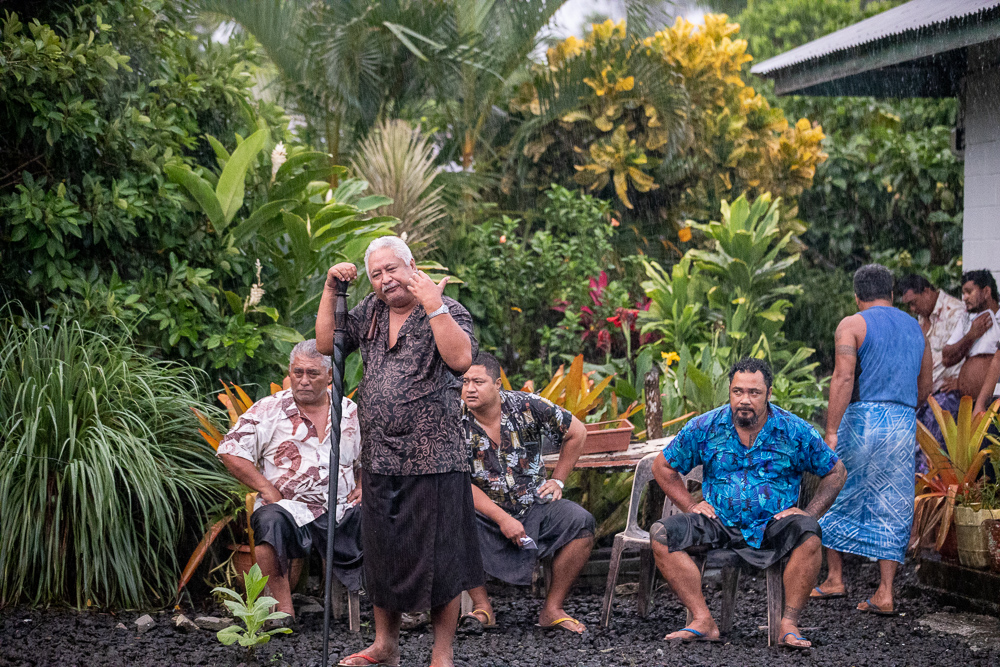 “My sister is Luisa the wife of the accused. He has been a Chief in our family since 2014 and the title was bestowed to recognise his efforts in our family," he said.

"The incident is out of character for Vaotu’ua Pologa.

"[He is a] man of few words and to date, our family is puzzled as to what provoked him to take such drastic actions; because we can testify this is out of character for him,” said the brother in law.”

According to the brother-in-law, the accused and his immediate family reside in Australia with his wife and children; however, a visit to Samoa led to them being stuck in the country due to the border closures and the state of emergency. 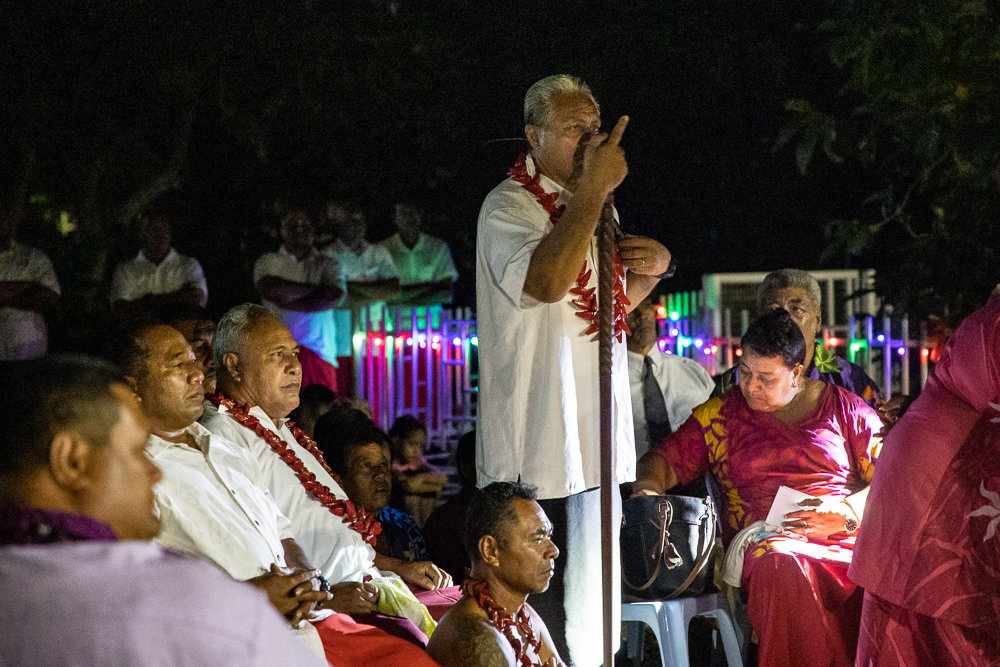 “My sister (his wife) wants to come to Samoa but she’s stuck overseas,” said Vaotu’ua Ioane.

Also in attendance from the accused's family was Associate Minister for the Ministry of Natural Resources and Environment, Taefu Lemi Taefu.

Last week, Police Commissioner Fuiavailili told the Samoa Observer, that a low-calibre .22 millimetre handgun was used as the murder weapon.

The incident was conjectured to have been motivated by revenge after the accused was involved in an alleged incident of road rage during which he was allegedly struck and sworn at.

The shooting took place shortly after the clock struck midnight. Fata Lole believed his son, Elisara, was shot in a case of mistaken identity, shortly after he had returned home from work to greet the gun-toting villager. He fell unconscious under a breadfruit tree before he passed away fewer than five metres from the site of his shooting.

The accused has been charged with murder.