The Taeaoafua choir of the Congregational Christian Church of Samoa Moata'a launched their second CD on 23 December 2020 after three months of recording and production work.

According to one of the musical directors of the choir, Toa Telegese Punefu, the production of the CD was a project that was long-planned but delayed due to the COVID-19 global pandemic.

"When the timing was finally right, we decided to go through with the CD," he told the Samoa Observer on Thursday. "The purpose of this CD really is to improve some of the old hymns within our own congregation.

"And also to record some songs so the people can listen to, hopefully, it’s a great leap of joy into this new year, especially with the global pandemic still around."

He added that good and well-sung hymns would compliment a sermon, which will be good for the congregation and anyone who listens to their CD.

The CD was launched just days before Christmas and Mr Punefu said that their whole synod was invited, though most didn't due to their Christmas plans and schedules.

"We’ve come to a decision to sell it at $30. On the day of the launching, we had invited all the churches in our synod but most didn’t turn up and I guess they already had their plans and they were unable to make it," he said. 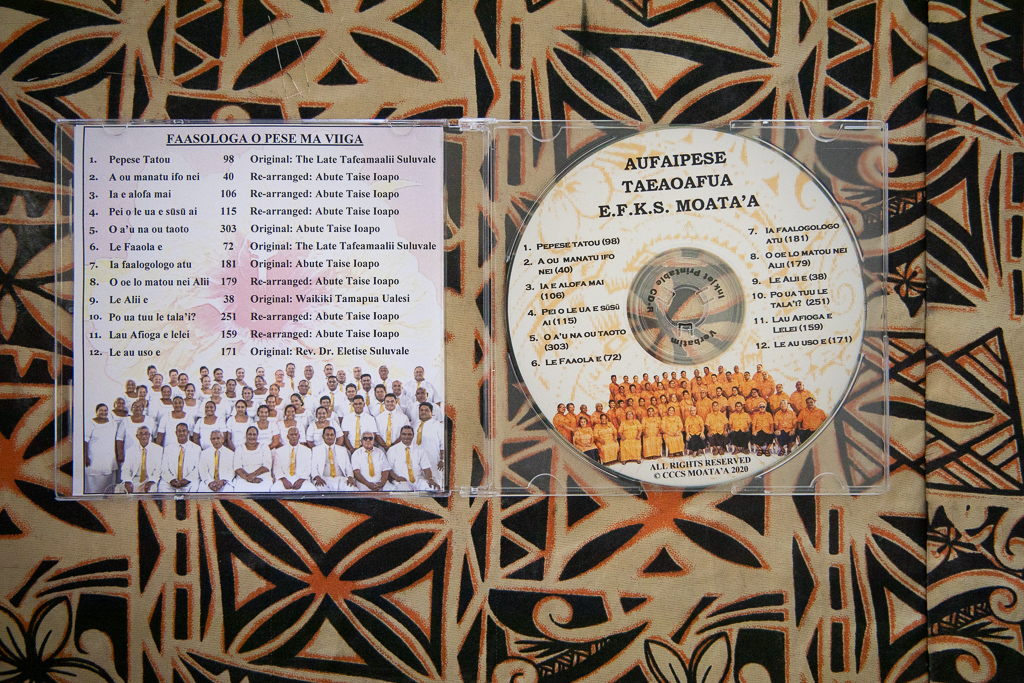 "This is the second time we’ve done a CD as a choir; the first one was done during the time of Peniamina Aumaga."

Choir members of the Taeaoafua choir are around 60–70 and the whole CD was recorded at their church by Tanuvasa Faamanatu.

Another factor that compelled them to record a CD was the need for a new piano as the current one they are using is aging.

"Another reason why we really wanted to do this was for a new piano," Mr Punefu said. "We were informed by the company that we had ordered our current piano from that there would be no more parts for this model.

"We thought we should just order a new one and that’s why we’re preparing so that if our current piano is of no use anymore, that there would be another back up just in case."

Mr Punefu acknowledged some of the media outlets who assisted advertise their CD and made a special mention of the Samoa Stationery and Books C.E.O. Fiti Leung Wai for her support.

He also thanked their congregation and choir members for their support in the past year which has made their CD project a success.