The Congregational Christian Church of Samoa Fugalei was one of many public buildings in the Apia town area to be inundated again by flash flooding on Wednesday.

And church members were at work again on Thursday, cleaning out the building as well as the church minister’s house close to three weeks after the 18 December 2020 flash floods, which overwhelmed traffic and forced the evacuation of hundreds of families.

But church member Mulitalo Howard told the Samoa Observer on Thursday that the flooding on Wednesday was not as bad as the one in December. 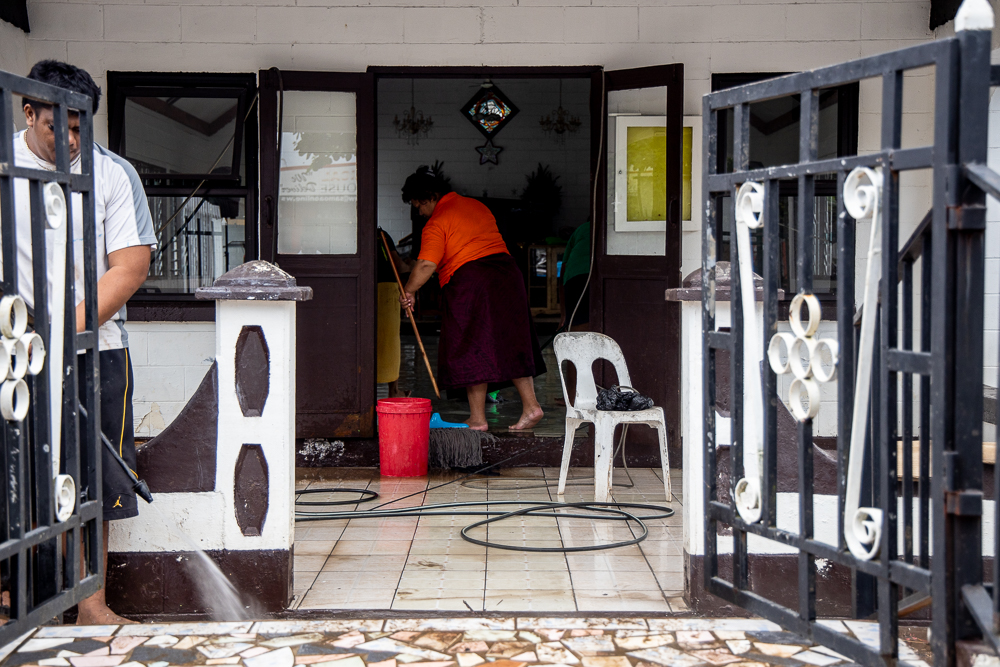 "The church building was flooded as well as the church minister’s house and we’re here today to help clean up,” he said. “It was like this as well last year in the recent flooding but that was much worse than this flooding though because the mud after was thick.”

Church pews and some of the furniture in the church minister's house had to be taken out to dry after the clean-up, and though some of the electrical appliances were wet, they were not damaged.

"It’s just the dirt and water and then the rubbish that we were able to clear off this morning. As you can see there, we’ve brought out those [furniture] to clean and dry up," Mr Howard added. "Some of the things inside the church building like the speakers and the amplifying system got wet but they weren’t damaged." 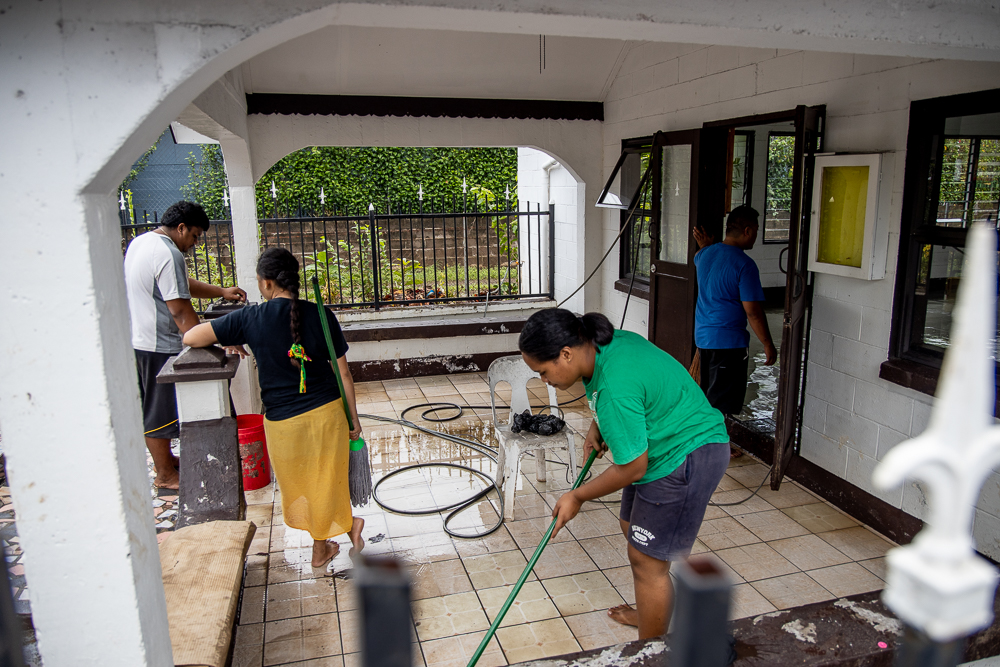 The church decided to book a room in a hotel for the church minister and his wife to move to but they declined, according to Mr Howard.

Asked about the flooding on Wednesday, Rev Komisi Samuelu said that it started around 5pm and 30 minutes later the water was already flowing through their home.

And they had been up since 11pm Wednesday trying to clear out the water that flooded their home, though like Mr Howard, he was of the view that the 18 December 2020 flash flooding was worse. 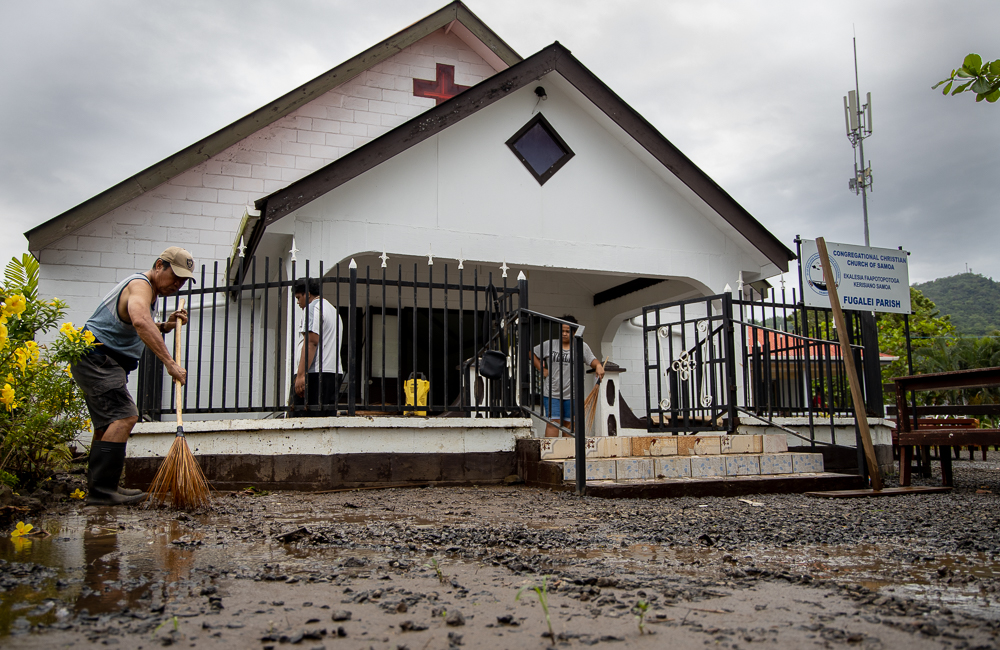 Rev Komisi said he did not plan to leave on Wednesday as he believes they were called to look after the church and the house they are living in.

"There wasn’t any intention for us yesterday to evacuate to another place yesterday, because we had to look after the church building, and here at the house because I believe we were called to look after this place and that was why we couldn’t just leave it," he added. "We’re grateful to God that all is still well and we hope this is the last flooding but all in all we continue to pray for a better year." 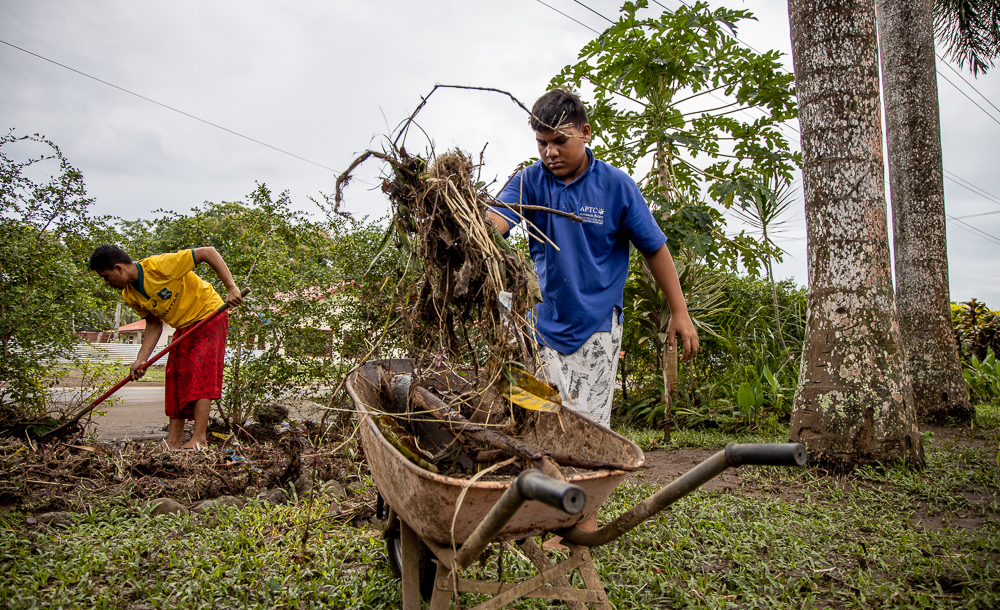 "We were fine last night. Thankfully the water didn’t come into our home but it was just outside though," Ms Galuvao said. "The first flooding before Christmas flooded our entire home and we had to evacuate to one of our relatives' homes.

“And it brought that black sand over there and then yesterday’s flooding brought it more of the sand and dirt."

According to Ms Galuvao, the effects after last December’s flash flooding was the dirt, dust and then mosquitoes.

"We don’t feel like going outside anymore because of the dirt," she said.

Ms Galuvao's nephews were cleaning their muddied front yard when this newspaper went to their home.