As the Trump administration, and its unprecedented fostering of hostility towards the press, comes to a conclusion, a local journalist is calling for the Government to be more open to journalists.

President Trump’s four-year term was marked by the regular use of the term "fake news" to dismiss the work of journalists. It has had the effect of emboldening leaders worldover to attack journalists verbally and in some cases imprison them, a recent report surveying the state of international media freedom and respect for journalists by the Committee to Protect Journalists (C.P.J.) has found.

“His language corroded public trust in the media,” the report concluded.

“President Trump’s disdain for expertise and his attacks on journalists’ credibility have had a particularly devastating impact during the COVID-19 pandemic, when access to trusted information is a matter of life and death.”

The organisation has written to incoming President-elect Joe Biden calling for him to make a major speech in support of press freedom, appoint a Special Presidential Envoy For Press Freedom, rebuild dismantled state institutions that protected media freedom and ensure its state-funded media are independent.

More than 11,000 kilometres away, the founder and owner of Talamua Media, Apulu Lance Polu, when asked about press freedom in Samoa says reporters need freer access to public information

Over the past four years surveyed by the C.P.J., Prime Minister Tuilaepa Dr. Sailele Malielegaoi has proposed a law to dissuade public servants from providing Government information to journalists by criminalising the leaking of official documents with a maximum penalty of seven years imprisonment.

Apulu said these changes need to exist in conjunction with legislation that opens up access to Government information.

“A fairer way to do that is to have access to freedom of information so we can access Government information in a legal and official way,” he said.

“The Cook Islands have one. It’s there, it’s within our reach so we can look at it and perhaps copy or tweak it to fit our situation.

“[But] the Government will always make it hard.” 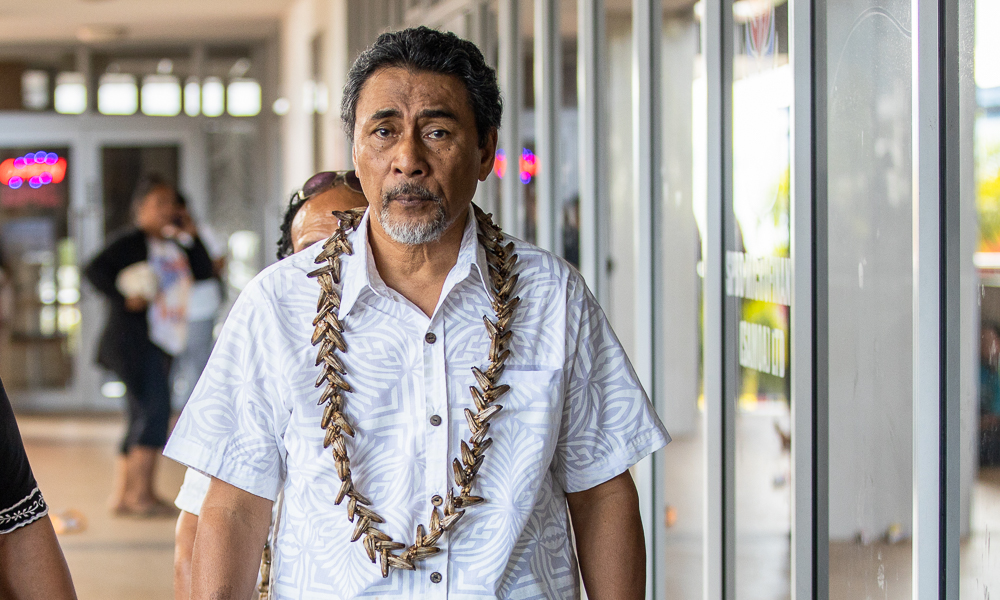 Samoa has been working on similar legislation since at least 2017 when the Samoa Law Reform Commission (S.L.R.C.) began looking into implementing freedom-of-information legislation for the country.

“Samoa does not have a standalone law that governs the flow of information among the government ministries and with members of the public and the media,” said then-Acting Executive Director of S.L.R.C., Ulupale Fuimaono.

“There is a lack of procedure around what information is available to the public and the media to ensure accurate reporting and accountability in government, whilst also protecting confidential information.

“The Commission [...] intends on exploring challenges including changing perceptions that Government information is private property [and] managing leaks of private or sensitive information held by Government, what necessary measures are needed to manage noncompliance, resources and funding constraints."

In its annual report for 2017-2018, the S.L.R.C. said after resource constraints were identified, the agency turned instead to an “Exchange of Information Review” rather than a project to develop free information laws.

“I think we should still be pushing for that given that there is so much happening that we need to report, so we won’t have to leak things,” Apulu said.

“As with any other thing, information is very important.”

In May 2020, the United Nations confirmed the Ministry of Communications and Information Technology had begun the development of such a law.

The Pacific Director for the United Nations Educational, Scientific and Cultural Organization (U.N.E.S.C.O.), Nisha, said the U.N. and Government of India funded Samoa Knowledge Society Initiative is supporting the work.

While the Prime Minister is theoretically available daily, speaking in broadcasted interviews with various television and radio channels, the quality of information is a different story, Apulu said.

“He always said he has an open-door policy in terms of his approach to the media, but on the other hand, the critical issue is the quality of information," he said.

“Every day he is on the media and […] at times we have access. [When we] report on issues, he gets back and tells us things are not being correctly quoted, […] we are told how to do our work.”

Despite this, Samoan journalists find they can get information out of Government Ministries and agencies by dint of their own persistence, not through official channels.

“I think generally, it’s also up to us journalists to do our part and follow up things. But making an appointment, as you know – sometimes you are lucky and they can see you that afternoon but sometimes it takes a whole week to chase officials or Government Ministers," he said.

“You can do it, but it needs a lot of persistence.”

Earlier this year global media freedom watchdog Reporters without Borders says Samoa is at risk of losing its status as a “regional press freedom model".

“A law criminalising defamation was repealed in 2013, raising hopes that were dashed in December 2017, when Parliament restored the law under pressure from Prime Minister Tuilaepa Dr Sailele Malielegaoi so that that he could attack journalists who dared to criticize members of his government," the group said.

“Since then, he has repeatedly tried to tell journalists how to do their job and what they can and cannot cover.”

Government Press Secretary and editor of the state-owned Savali newspaper, Nanai Laveitiga Tuiletufuga, and the proprietors and editors of several other media outlets, did not respond to a request for comment for this story.

Samoa's media freedom rankings as measured by Reporters Without Borders from 2013 to 2020 are included below: 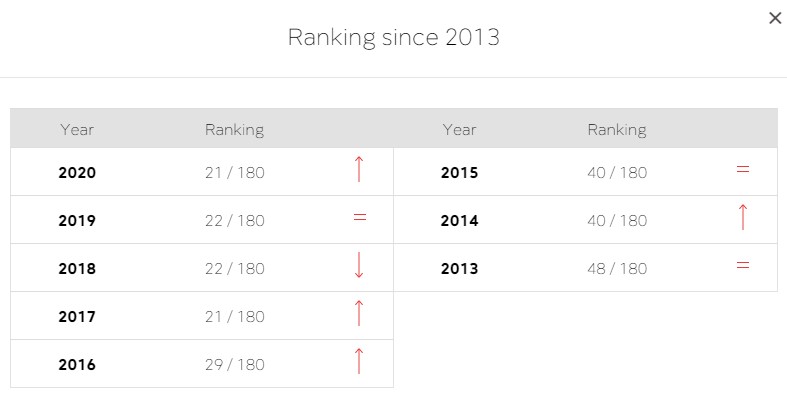