On what would have been his 108th birthday, the late Head of State, His Highness Malietoa Tanumafili II, was honoured on Monday evening.

The life of the man known to many as the father of modern Samoa was celebrated at the Baha’i House of Worship in Tiapapata on Monday evening. (Malietoa was the first reigning sovereign to accept the message of Baháʼu'lláh, giving him a unique status in the annals of the Baha'i faith as well as Samoan history.)

An emotional Tooa, who is regarded as a Princess among Baha’i followers around the world, wore a pink and gold puletasi as she thanked all the gathered for honouring her late father with a heartfelt tribute. 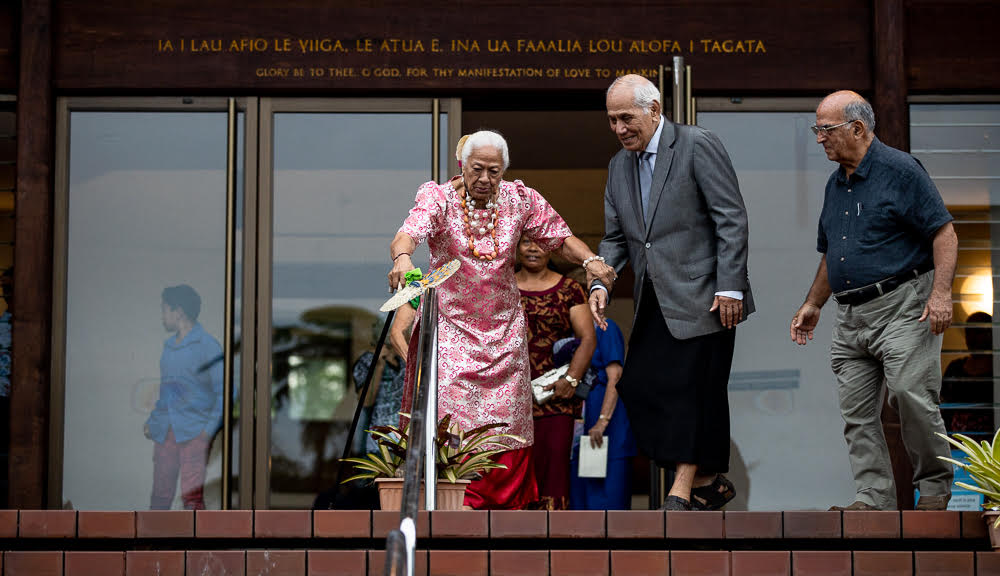 “I will not say too much but only thank you. Thank you so much.”

She extended a special thank you to Tui Atua for his presence and said it was her father who introduced her to the Baha’i faith.

“Malietoa was chosen by God.” 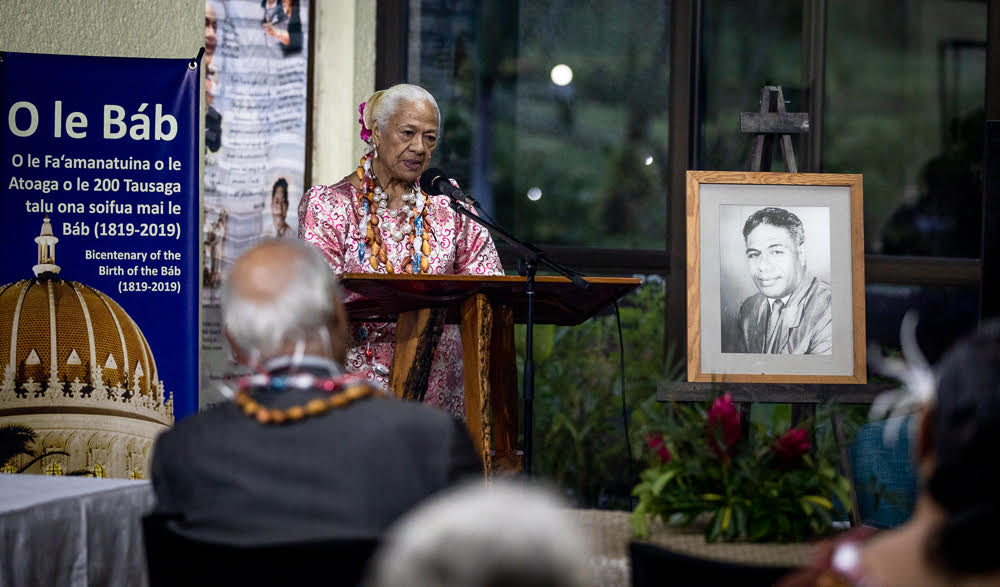 “He served as Head State for a long time, for 45 years,” said Galumalemana, before addressing Tooa and Tui Atua: “We are going to continue this tradition every year. Your presence takes our hearts to a new level of admiration."

Tui Atua said Malietoa’s life was a "lesson to all of us.”

He remembered the late Head of State as a loving, loyal and affectionate man who loved everyone regardless of their social standing. 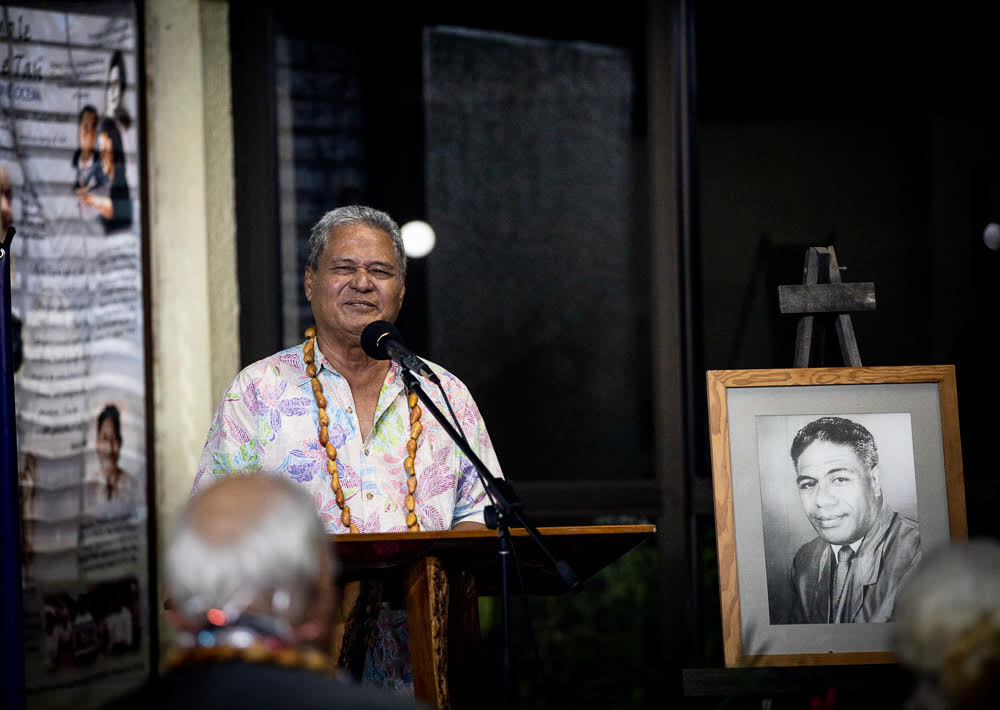 “The gift of this man is that he saw people as people and he loved them…he knew how to bring people together,” said the former Head of State.

“He will always be remembered as a man of love, affection and loyalty.”

“We were close. He was a good man, a loving man,” Lupematasila said.

“He was humble and the children, they loved him.”

Malietoa inherited his royal title in 1940, and was made a special adviser to the New Zealand governor in Samoa, following the death of his father, Malietoa Tanumafili I.

He was a key figure in Samoa’s drive towards independence when Samoa became the first Pacific Island country to achieve independence in 1962.

He served as co-Head of State with the late Tupua Tamasese Meaole and became the sole Head of State on 15 April, 1963 upon the occasion of Meaole's passing away.

Galumalemana said they will continue to honour Malietoa on his birthday every year on 4 January.