Samoa’s expert paediatricians agree the only way to reduce the country’s extreme rates of impetigo is to improve basic hygiene.

The Head of the Paediatric Unit in Tupua Tamasese Meaole Hospital, Ulugia Dr. Tito Kamu told the Samoa Observer that women’s committees at the village level should continue to improve their community hygiene practices.

Last week, a new paper in The Lancet revealed Samoa has nearly four times the global average of cases of the contagious skin infection impetigo, with 57.6 per cent of children studied showing signs.

Out of 833 children (428 males, 397 females and eight unspecified) studied across eight primary schools in the Falealili District, 476 had impetigo observed on them, of which 263 infections were active.

Active impetigo was found in much higher rates in boys than in girls: 37.9 per cent versus 24.9 per cent. And across all infections, it was the same, with 65.2 per cent of boys showing infections compared to 48.6 per cent.

Another group appeared to consider the harmful disease “normal,” with 224 children self-reporting to have no impetigo despite clinicians observing the lesions on their bodies.

Ulugia said in his experience, he has seen less cases of impetigo in the last five years than he did in the 15 years before.

“In the villages it is well controlled by the nurses. We encourage breastfeeding, because it helps with everything. Breastmilk has immunoglobulin A […] which will cover everything.”

The public service doctor of 21 years said he would like to see parents stop taking their children for traditional Samoan massage or treatment with turmeric when they have impetigo, because it cannot treat this disease.

They need antibiotic treatment, not traditional medicine, he said. And when parents delay hospital visits for Samoan fofo, their child ends up at the hospital in a much worse condition.

“After one or two weeks, they will come to us with sepsis, bacteria in the blood. We end up having to do an IV of antibiotics.

“We usually prescribe amoxicillin or a third generation antibiotic. It’s really important that families bring children to hospital for treatment.

“They should stop going to fofo first, they should come to the hospital. Most skin sepsis is from Samoan fofo.”

Ulugia’s own mother and grandmother are taulasea (traditional healers) but he says the practice has its limits.

“We need to be educated on these kinds of things. I don’t look down on Samoan fofo, there are some sickness where it is useful but not impetigo.”

One potential risk in The Lancet study is that it only looked at children in one district, Ulugia added. He said he would be interested to see a more geographically representative study of scabies and impetigo in Samoa.

The study authors agree, writing: “the survey included children attending school on the southern coast of Upolu, Samoa, and therefore may not be representative of the broader Samoan community.”

Long-serving paediatrician Leo’o Dr. John Adams said disease prevention “is all got to do with basic hygiene.”

If impetigo is left untreated, it can cause rheumatic fever or kidney disease in children, he added.

In 1999, Leo’o studied scabies and impetigo alongside colleagues from the Australia National University, and found high rates of disease then too.

He said they are endemic diseases that have been with Samoa a long time. The only solution is to bathe regularly, change sheets and towels often and to air pillows and mattresses in the sun.

“Keep things like pigs locked up, treat dogs for fleas.

“Scabies is the trigger [for impetigo]. The basics are hygiene, personal and general hygiene around the house.

“If you look at primary schools, they have dogs, pigs running on the field where the kids are playing. It’s all those little things.”

The Lancet paper suggests that with all the public health messaging on hand washing and hygiene for COVID-19 prevention, Samoa may well see positive side effects on impetigo infections.

Leo’o agrees, and said he even noticed a significant drop in impetigo cases in his Vaitele clinic.

“Since we introduced all these measures in March, it has been a good impact. It just goes back to what the Ministry of Health has been saying about basic hygiene… it’s very simple.”

Another senior children’s doctor, Lauano Dr. Herbert Peters said he has not noticed any drop in cases but suggested perhaps the private clinics see less infections than the hospital, especially severe cases.

At his Pesega clinic, scabies and impetigo cases are a daily occurrence, though few if any present with particularly severe and neglected infections.

“It’s is a worry for every doctor, the M.R.S.A.,” he said. Most cases have been successfully treated with antibiotics, however.

While he agrees that increased handwashing as a result of COVID-19 messaging should mean fewer cases of impetigo, for now, he sees new cases nearly every day.

Ulugia believes that village-level health committees can, and should be, the first line of defence against diseases like scabies and impetigo. They can educate people about best hygiene practices like handwashing and leaving sheets and bedding in the sun, and direct infected children into correct treatment.

Scabies is a parasitic infestation caused by a microscopic mite, which burrows into the skin and lays eggs. The body’s immune response causes the rash and intense itching.

Impetigo sores develop as a result of the scratching but also the mite’s effects on immunity. This is especially common in the tropics, according to the World Health Organisation (W.H.O.).

These infections are common risk factors for kidney disease, septicaemia and possibly rheumatic heart disease, with long-lasting effects into adulthood.

Leo’o said while scabies will be harder to eradicate from Samoa, if hygiene practices improve then impetigo cases can be reduced significantly.

Since 2017 the W.H.O. has described scabies and impetigo as neglected tropical diseases. This month it will release its new roadmap to “ending the neglect” of these diseases and to strengthen country responses to them, with a target of 2030. 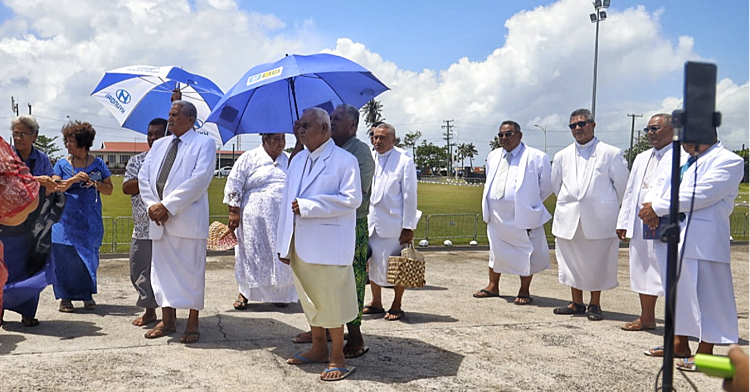 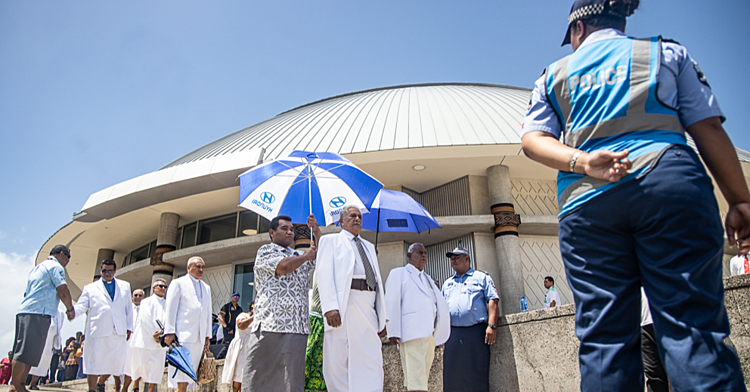