Candidates use billboards to campaign

Political parties and candidates in the 2021 General Election have under three months to campaign with a number of them using public billboards and political messaging to reach out to Samoa’s eligible voters.

The Minister of Works Transport and Infrastructure, Papalii Niko Lee Hang, has commissioned a billboard at Tamaligi next to the John William Building and is only one of few seen in the town of Apia. Papalii is contesting under his Tapunu’u title.

Other candidates have chosen the less expensive smaller-sized posters to promote their candidacy and political platforms. 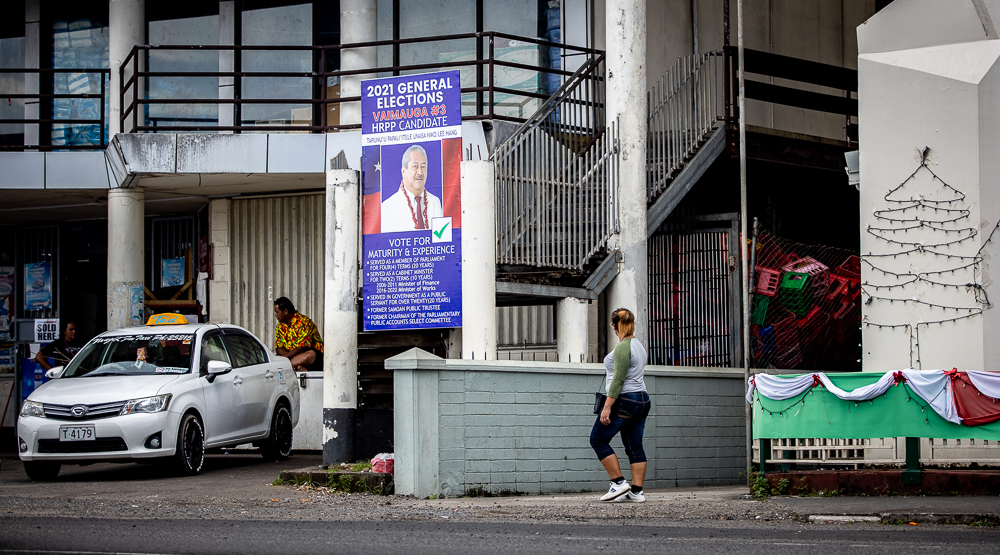 Candidates from the ruling Human Rights Protection Party (H.R.P.P.) have opted to catch the attention of the public by asking voters to vote for maturity and experience. The political party, which has been in power since 1982, has among its membership veteran Prime Minister, Tuilaepa Dr. Sailele Malielegaoi.

But if there is one party that is making its presence known during the campaign period it is the Fa’atuatua ile Atua Samoa ua Tasi (F.A.S.T.) Party. The newly established party gathers its supporters and candidates at the Maota o Samoa, Tuanaimato and has set up multiple billboards in various sites in Upolu and Savai’i.

Unlike the H.R.P.P. candidates that commissioned individual billboards, the F.A.S.T. Party has used the medium to promote not one but all of its 2021 General Election candidates. One of the political party’s billboards is located at Tuanaimato as well as the township of Salelologa in Savai’i promoting all its candidates.

The billboard in red and shades of black asks voters to vote for freedom by voting for F.A.S.T.  The party has standardised its candidates’ billboards with the party’s colours and messaging calling for a vote for change. 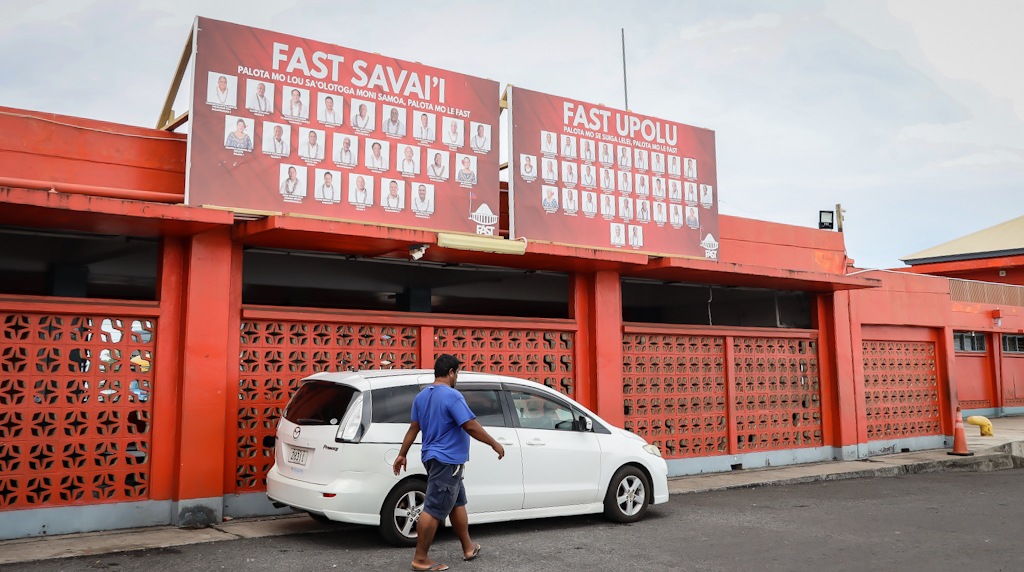 In the town of Salelologa Savai’i, travelers are overwhelmed at the sight of multiple billboards set up by F.A.S.T. at the Salelologa wharf and around the area.

According to the Electoral Act 2019, the approved methods for campaigning are the handing out of pamphlets providing a candidate's personal background, academic qualifications and issues he or she supports.

Billboards is also an approved method with a pictorial presentation of the candidate and issues that the candidate wishes to inform the public about. Other methods are filmed presentations or speeches using any mode of communication available which includes electronic devices.