Samoa
All about the kids at Christmas in the Bay (Photo: Supplied)

The serene Asau Bay in Savai'i was the picture perfect backdrop for a host of festive season activities including the Christmas in the Bay.

The Vaimoana Seaside Lodge hosted the Christmas in the Bay as an end-of-year event.

It wasn’t a typical week in the normally peaceful and sleepy village township except during the 'Christmastide', when the commercial centre of Asau was transformed into a festive hub, decked out in colourful Christmas decorations featuring a pop up flea market and kids play corner.

According to one of the Christmas in the Bay Committee member, Michelle Smith Mcfall, she said that the free event was geared towards lifting the spirits of their community after a year of challenges. 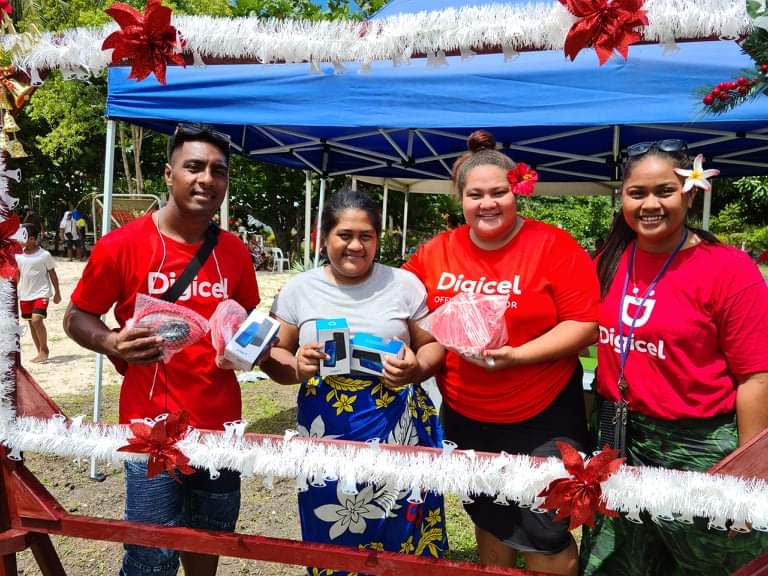 She said it is usually this time of the year when friends and families return to spend Christmas holiday with their families in Samoa.

However, with the ongoing border closure and ban on international travel, this year will be an exception. As it means a lot of families will be spending Christmas holidays apart after what has already been difficult year,” states Ms. Mcfall in a media release.

Furthermore, she said they think their community deserves a boost, which is why they came up with an event that will bring everyone together in the spirit of Christmas and end 2020 on a high note with a renewed sense of hope and faith. 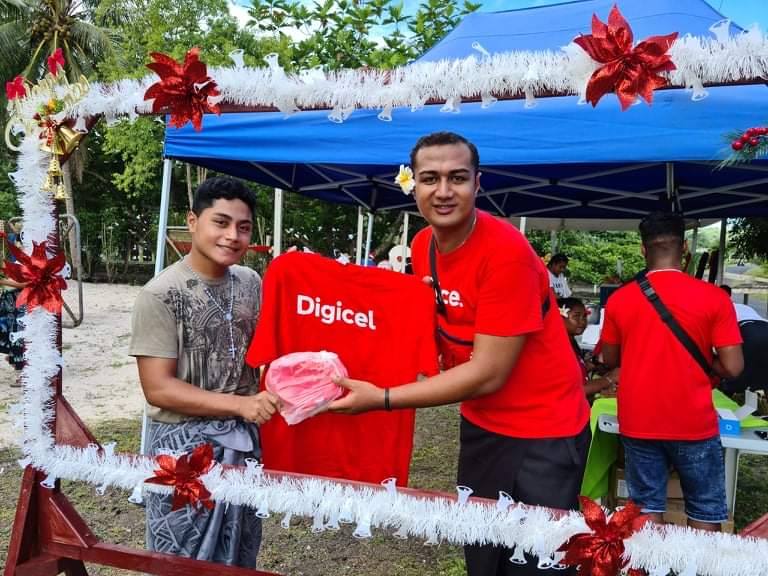 The tranquil sounds of the blue lagoon were temporarily replaced by the soulful voice of Asau songstress, Emme Eteru, who belted out Christmas tunes and pop hits while local star search finalists from Auala Village backed up.

Vendors from around the district took advantage of the free space available at the pop up flea market to sell their items, and enjoyed the live performances while children were occupied in the Kids Corner, lining up to spin the wheel of fortune for a chance to win a variety of spot prizes provided by Digicel or jumping on the giant bouncy castles.

The area executive for Digicel in Savai'i, Laupama Fuiava, said the community event in Asau was in line with Digicel’s GO BIG for community campaign goals and they welcomed the opportunity to extend their support to the most western part of Samoa.

“It was a privilege to come out with my team to support like minded businesses like the Vaimoana Seaside Lodge whose values and goals are in line with the spirit of our GO BIG campaign,” said Fuiava.

“Christmas in the Bay is a great initiative to positively impact this community by lifting their spirits after going through a tough year and we are only too happy to be a part of it.”

“Despite the uncertainty of the weather, we decided to go ahead with the rest of the programme,” said Ms. Mcfall. “It was rewarding to see the smiles of the kid’s faces and having parents come up to us to say they are so happy to have something different and fun for families to enjoy together at this time of the year.”

Vaimoana Seaside Lodge Managing Director, Tupai Saleimoa Vaai, said that he challenged his team to think “outside the bay” and bring the entire Asau district together in a fun and engaging community event.

“Christmas in the Bay involved a lot of planning and praying to navigate us through something we’ve never done before because our dreams are a lot bigger than our pockets,” he added.

“This year the Samoa Tourism Authority has really come through for Savaii tourism operators, showing their support by collaborating with the industry and that’s made a difference.

“We’re also very fortunate that grassroots champion sponsors like Samoa Commercial Bank, Pacific Ezy, Digicel, Taula Beverages, Millas Sky High Fun, and Lafaialii Store believed in us and have come out to bat for our communities in this remote part of Samoa, making this a Christmas to remember for residents of the Asau District.”