A Tapatapao family is thanking God and first responders for responding swiftly to put out the raging fire that destroyed their home on New Year's Day.

Homeowner and Tapatapao Village Mayor, Toleafoa Paul Bartley, 69, told the Samoa Observer that, fortunately, no one had lived in the house for 10 years.

"It's an old house," said Toleafoa.

"There was no electricity, no water, no gas. It was prone to burn one of these days.

"We all lived in it once. But it's sad. [Plans to strip] it down [were] in [process] but we didn't think this was going to happen." 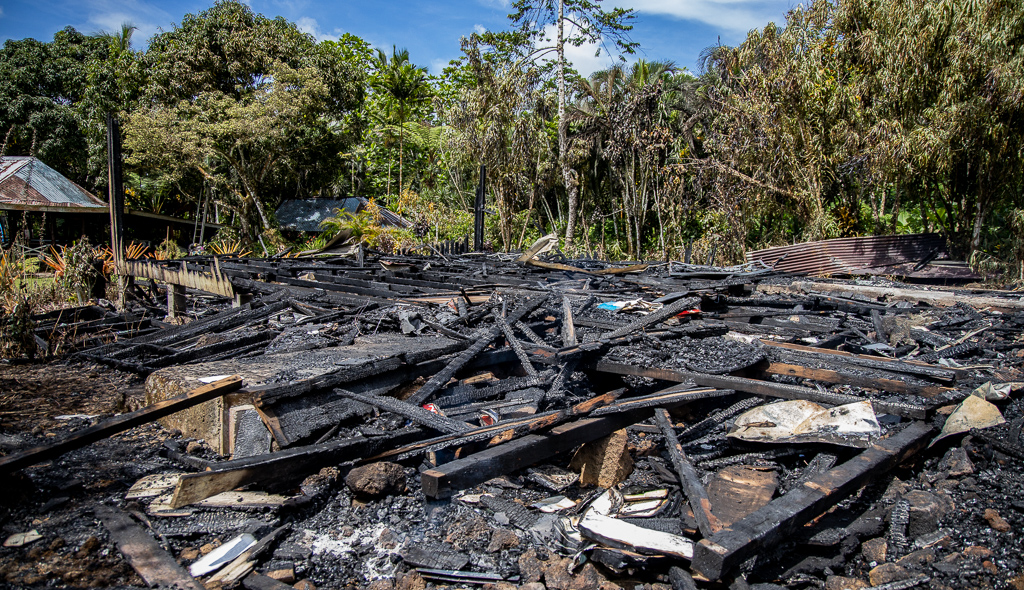 Toleafoa and his wife, Mrs. Bartley, confirmed that no one was hurt in the blaze.

"I was at church when the fire happened. No one told me about it because they know I would have left. It's sad and it's like my heart is crying," she said.

Mrs. Bartley left home around 9am on Friday morning for New Year's Day mass at the Aleisa Catholic Church where she is a soprano in the choir.

When Mrs. returned from she saw a Police vehicle parked on their property. Only then did she learn of the fire.

The house, despite not having been occupied, had "sentimental value," to Mrs. Bartley and her daughter, Dr. Cecelia Meredith, they said.

"All our memories are in there. We even had some of our school textbooks still in there. It was used mostly for storage," Dr. Meredith said. 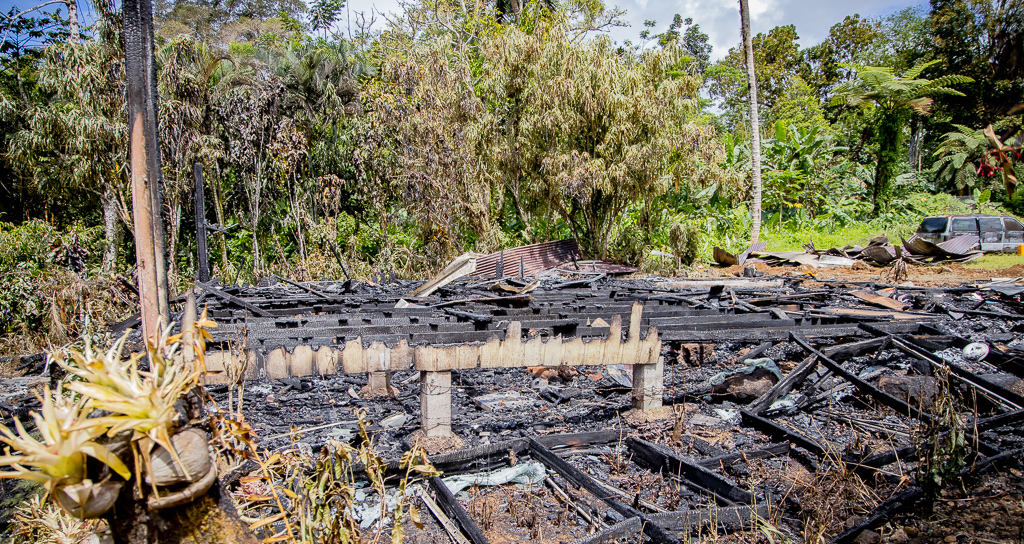 She commended the Fire Emergency Services Authority (F.E.S.A.) and the Police for their swift response to the scene of the fire.

Dr. Meredith said the incident also served a lesson about the potential for smoke inhalation injuries that can arise from such fires. Her father Toleafoa, entered the house while it was on fire. She had to call on him to get out of the house.

Three generations of their family lived in the home many years ago.  Toleafoa was raised in the home and he and his wife Oriana later raised their five children in the home.

The fire levelled the entire house.

"We commend the F.E.S.A. and the police for responding in such a timely manner. They were very professional," Dr. Meredith said. 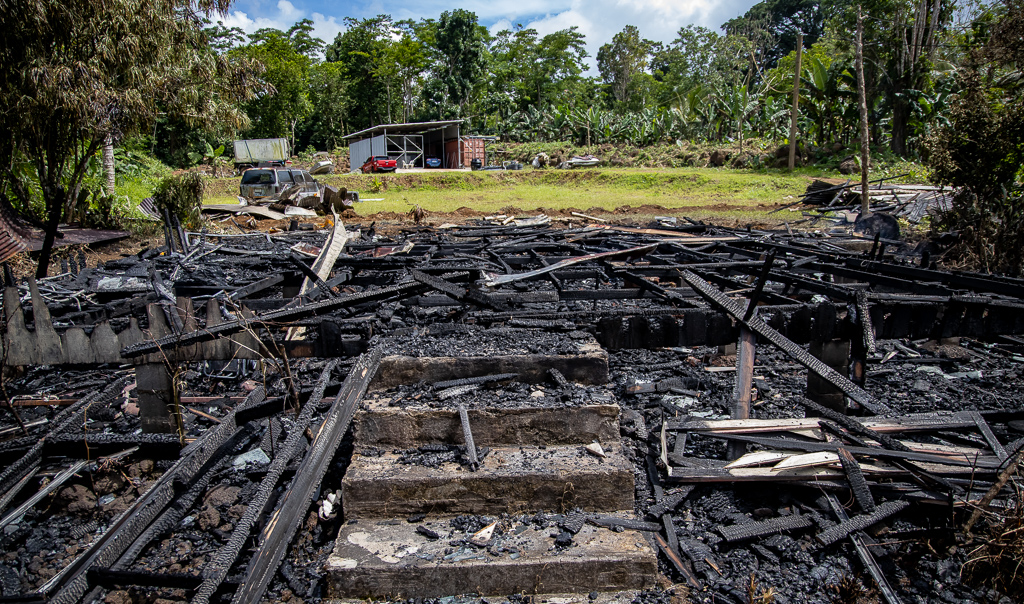 Oriana is thankful no one was hurt in the fire.

"No one was hurt. So what can I do but to praise God that all is well? But it's a sad story," she said.

Her husband Toleafoa said it's a very strange start to 2021.

"It's a very strange start to this New Year but at least no one was hurt," he said.

Toleafoa said he was burning rubbish behind the old home, one of several that stood on their property in Tapatapao. He suspects burning particles from the smaller fire sparked the larger house fire.

F.E.S.A. is investigating the blaze, the family confirmed.