Chinese government-funded projects earmarked for Samoa will continue to be delayed due to the closure of the international border.

Embassy of China Commercial Attache, Zhang Muyue, told the Samoa Observer in an emailed response that projects such as the Police Academy, the Vaiusu Port and primary school projects for St Therese, Apia and Lepea are affected by the border closure brought on by the coronavirus pandemic.

Asked about the status of the Police Academy Project, Ms Muyue said work is yet to start on the project.

“No it has not been started yet since the engineers were not able to travel to Samoa, given the border closure and flight suspension since the pandemic outbreak,” she said. “The Embassy expects the engineers will be able to come once there is normal flight connection.”

The Shaanxi Construction Engineering Group Corporation has been selected as the construction company for the Police Academy Project, though Ms Muyue indicated that they have no timeframe as yet.

“Not confirmed yet, only after the engineers' arrival a clear time frame will come out. The Embassy expects the engineers will be able to come once there is normal flight connection,” she added.

Ms Muyue indicated that the St Therese, Apia and Lepea primary school projects are currently at the design phase of the project, and revealed that the Chinese government has already selected organisations to lead the design and supervision work.

“The Chinese side has assigned China Shanghai Architectural Design and Research Institute Co. Ltd as the designing institute and Guangzhou Suike Construction Management Co. Ltd. as the supervision institution.

“Due to the flight suspension caused by the COVID-19 pandemic, the designing and supervising teams' business travel from China to Samoa for on-site check have been postponed.

“The Ministry of Education, Sports and Culture has been facilitating the preparation work.” 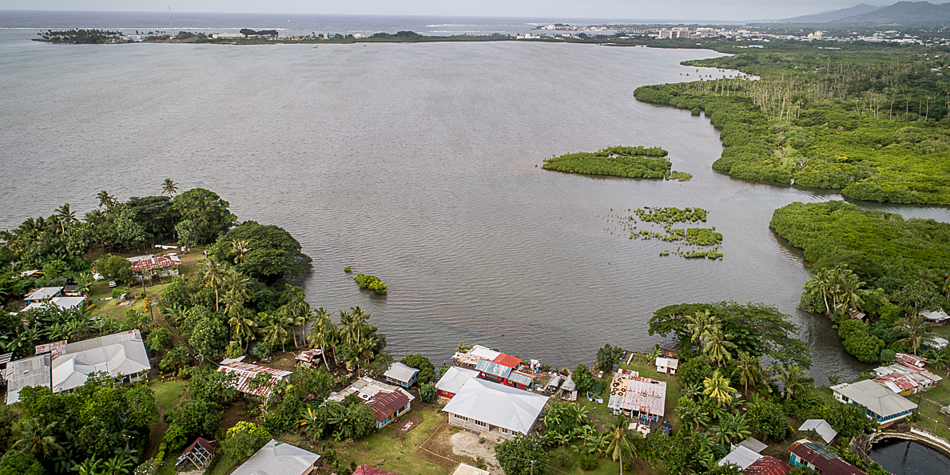 The National University of Samoa’s Confucius Institute is also affected by the border closure and the COVID-19 pandemic as most of their teaching staff are currently stranded in China with only one working in Samoa.

“Only one teacher is here currently and the rest are still stranded in China since last Spring Festival Holiday. The Embassy expects that they will be able to return once there is normal flight connection,” says Ms Muyue.

Asked if the Chinese classes will be done online she said: “The Confucius Institute teachers stranded in China are working on this option, but there will be challenges such as WiFi accessibility of the students in Samoa.”

She also added that the proposed Vaiusu Port Project is still undergoing a feasibility study.

The Samoa Arts and Cultural Center and the Samoa-China Friendship Park are also in a similar position and will be completed after the international borders are open.

Ms Muyue said the two projects – which are both funded by the Huizhou Municipal People's Government in China – will be completed five months after the opening of the borders.

The two projects are part of six memorandums of understanding agreements signed between Samoa and the Huizhou Municipal People’s Government of Guangdong Province in China.

Following the closure of Samoa’s international border, Ms Muyue said essential staff for the projects such as engineers were unable to travel to Samoa.

Currently, the Samoa-China Friendship Park project is 85 per cent complete while the Samoa Arts and Cultural Center is 95 per cent done.

The Samoa Arts and Culture Center is constructed by the Shanghai Construction Group and upon its opening will house national treasures of Samoan culture and heritage, and become a venue for performing arts and orchestra as well as house an art shop, exhibition space and a restaurant.