President of the New Zealand Law Society (N.Z.L.S.) Tiana Epati, invoked the ire of Prime Minister Tuilaepa Dr. Sailele Malielegaoi when she spoke out against plans to overhaul her home country's legal system.

Her bold stance was taken in support of the Samoa Law Society (S.L.S.) to counter what she viewed as a threat to the rule of law in the country and made her one of the first of many international voices to raise concerns about the changes’ impacts.

Asked to comment on the Prime Minister’s angry response to a statement from the N.Z.L.S., Ms Epati said she was “a little surprised by the personal nature” of Tuilaepa’s statement.

“I never responded to the Prime Minister,” she told the Samoa Observer.

“I was a little surprised by the personal nature of his statement, but did not feel it required a response.

“It has always been, and remains, an important function of the New Zealand Law Society to speak out when the rule of law is under threat.”

Tuilaepa said the N.Z.L.S. had “no place […] to try to lecture us or interfere with our country’s democratic processes.”

But it was not the first time the N.Z.L.S. spoke out in reference to legal changes in other countries, Ms Epati said.

“We have done it before in relation to other countries, and will do it again, where we feel it is appropriate,” she said.

“What has been overlooked is that we were not the only ones who did so.  The Law Council of Australia, the International Bar Association, the New Zealand Bar Association and Auckland District Law Society all joined constitutional experts to express concern.”

The run-in with Tuilaepa was just one of the many challenges Ms Epati faced as N.Z.L.S. President in 2020.

She is the first person of Pacific island descent to head New Zealand’s law society.

In reviewing a year filled with challenges, Ms. Epati summed it up with these three words: unity, resilience and gratitude.

On a personal and professional level she developed resilience after navigating a myriad of challenges in 2020. She says the biggest lesson she learned from the experience was the importance of gratitude. 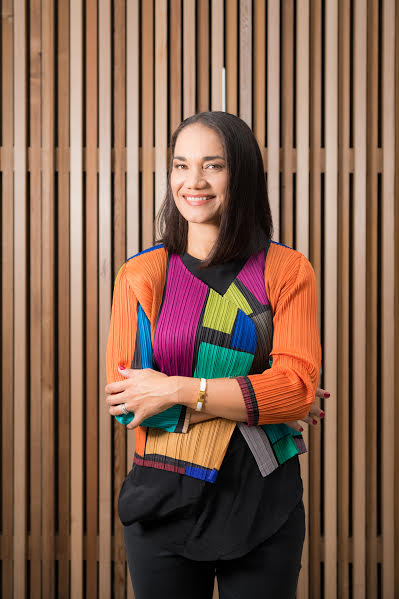 “Despite the challenges, 2020 has reminded us of the importance of community,” she said.

“I was part of a group ([including] senior judiciary, lawyers, [and] Government officials) who came together to navigate the greatest disruption to legal services New Zealand had seen since World War II.

“The close relationship we forged continues today.  I also saw lawyers answer the call to support vulnerable parts of our community by providing free legal support with the Community Law Centres.”

Ms Epati says on a personal level the past year was a test of her own endurance.

“During the first lockdown, I worked (together with Law Society staff) every day, for 50 days,” said Ms Epati.

“Even when we came out of lockdown, I had to pick up a number of criminal cases as a lawyer. This was all while experiencing a difficult pregnancy with my third child. It felt unrelenting at times.”

Six weeks ago, she gave birth to her third child, a girl - another experience which has Ms. Epati counting her blessings.

“Gratitude yet all the challenges of the year make you grateful for what you have,” she said.

“In a global pandemic that has, and is continuing to hit overseas countries in a profound way, I feel truly blessed to live in a country that has managed to largely survive the most severe impacts of COVID-19.  And six weeks ago, a beautiful baby girl arrived safely to join my family.”

When Ms. Epati assumed the role of President for the N.Z.L.S. in April 2019, she says there was an appetite for change within the organisation.

Her Pacific background helped the society meet demand for a greater diversity of voices at the top of the legal profession.

“My Pacifica background was a real strength because the legal profession wanted to understand how to be more inclusive and reflect the community we serve,” she said.

“I have been able to steer the profession towards that goal, which is a privilege.”

In 2021, her focus will largely be on finding solutions to challenges of accessing justice caused by the pandemic.

“It is my final year as President. My focus will largely be on finding solutions to the access to justice challenges resulting from the impact of COVID-19,” Ms. Epati said.

“The Law Society has built a comprehensive picture of the landscape so the next step is figuring out where we are best placed to make an impact.

“I instigated an independent review of the Law Society in October 2019 but COVID-19 delayed that work for some months. So, I will also want to ensure that it is well on the way in terms of delivery.”

As for the L.T.C. laws, which were passed during Parliament’s final sitting in December, she said the New Zealand Law Society will continue to support Samoa’s own Law Society in its ongoing fight against the bills.

For citizens of Samoa who oppose the new L.T.C. laws, she encourages them to make their voices heard at the April elections: “Make sure you get out and vote in the April 2021 election. That is the fundamental answer in a democracy."