Convenience should be key factor of service providers

The Village Voice team found Mr. Visesio walking from his village to the Sunrise store at Vaitele-Fou to buy cash power.

He believes life will be much easier if shops were conveniently located.

He added every shop should sell cash power to avoid the burden for people like him who has to walk from one Faleula to Vaitele-fou.

According to Mr. Visesio, the Sunrise store is the only place close to their area that sells cash power.

He says having electricity is important for most families and not everyone has vehicles to go a far distance just for cash power.

“I think there should be something done about this because it is inconvenient for the people,” he said.

He believes life wouldn’t be hard if people worked.

“Everything in terms of water and electricity is good at home. The reason behind starvation and poverty is because people do not work. There is a massive land to make a plantation and harvest food, but most choose to do nothing and it leads to starvation,” he added.

Mr. Visesio stated he is the only person in his family who does not work because he is still in school. Both his parents work, including his older sibling.

He is calling out to the youths of Samoa to step up and do something useful with their lives.

“Most teenagers are no longer safe because the youth are just wasting time, they just muck around all day. My advice to them is to make use of their time wisely.”

As a result, he said recommendations have been made to the Office of the Electoral Commissioner, on how to better improve the upcoming snap election, including the instalment of cameras at the voting booths, Tuilaepa said during his 2AP programme on Thursday. 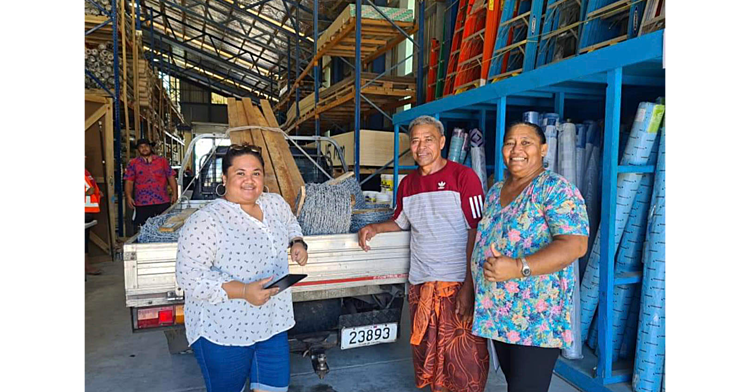 The Ministry of Agriculture and Fisheries hopes that training for over 1300 farmers and fishermen in Upolu and Savai’i will be completed by the end of the financial year.

A Samoan swimming gold medalist named the Best Male Athlete at the 2019 Pacific Games has graduated with a Bachelor of Science in Biomedical Engineering from California Baptist University (C.B.U)