Sometimes it’s hard to understand the power of the law until you see it wielded by those who know how to.

In September, Samoa got the chance to watch legal scrutiny in action when a couple of lawyers, Tuala Iosefo and Fuimaono Sarona Ponifasio took the Electoral Act 2019 to pieces in the Supreme Court and had it sent packing back to Parliament for urgent amendments.

The deadline for electoral registration was fast approaching and Tuala was concerned that the latest edits to the Electoral Constituencies Act and the Electoral Act left some previously eligible candidates in the lurch.

His petition to the Supreme Court, where he was represented by his wife and veritable legal encyclopaedia Fuimaono, was originally met with scorn by the Government’s lawyers.

They sought to strike out the entire motion, calling it frivolous and vexatious. Around a month later, the Attorney General’s office returned with a notice of opposition – they wanted the case heard after all.

What followed was a series of admissions from the Electoral Commission that proved to Tuala and his co-applicant Papalii Panoa Tavita what they had suspected all along: that the law was drafted poorly and needed fixing.

As they claimed, it unfairly advantaged sitting Members of Parliament over hopeful election candidates due to the wording of the monotaga requirement.

“It is unfortunate that it had to come to court in order for us to point out these inconsistencies,” Tuala said when the case wrapped up.

“It is now up to Parliament to make the necessary amendments and pass these changes into law.”

(Parliament did sit to make the “necessary amendments” and a few extra too, including a ban on switching parties between elections without a by-election.)

Through this court case, Samoa witnessed how its laws are made. We watched the Electoral Commissioner and Assistant Commissioner defend their policies without evidence until forced to admit the wording was being redrafted.

It also drew out a deeply problematic element of Samoa’s law-making the country had already been watching unfold: that laws are not undergoing thorough enough consultation and being drafted well enough to withstand legal tests.

The case ended with Tuala and Papalii agreeing to withdraw their application in exchange for specific changes to be made to the language of the Electoral Act, and for those changes to be made before the registration period opened for election candidates.

“You can tell from our faces what happened today, we won the court case,” Papalii said at the time.

The courts are the ultimate check on a Parliament that passes bad laws or an executive branch that usurps power that reaches beyond its limits.

But without citizens who see those breaches for what they are and take those issues before a judge, Samoa won’t enjoy the full benefit of a functioning court.

Luckily for the country, it has people like Tuala and Fuimaono. 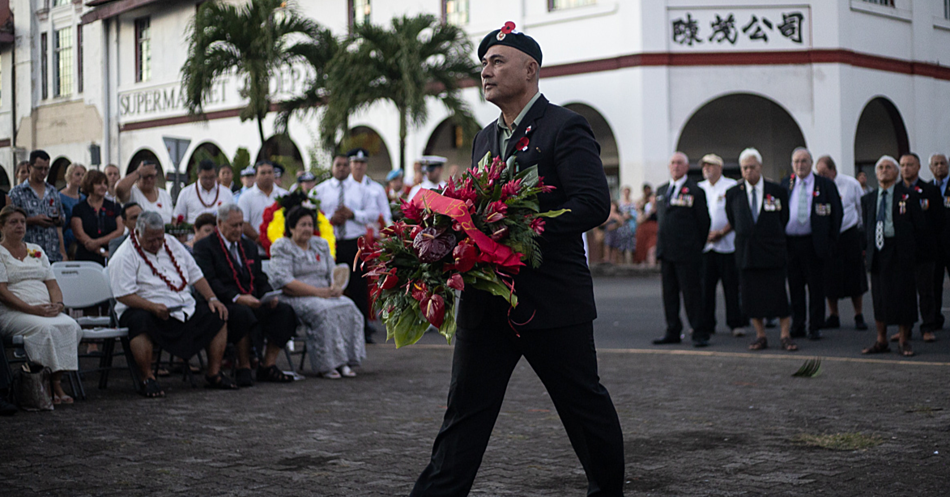 The first time I met Tuala I had no idea he was a lawyer. It was three days before Anzac Day 2018, and seeing as he was the President of the Returned Services Association I wanted to talk to him.

So off I went – as instructed – to find Tuala at Traveller’s Point. Turns out as well as being the President of the R.S.A. he also runs a hotel.

And when he is not running his hotel or the R.S.A., you can find this many hatted man at the court house or his law office (on the ground floor of his hotel), practicing law.

This year Tuala moved to add another string to his bow, and signed up to run for a seat in Parliament and represent his constituency Gagaemauga No. 1 in the upcoming elections.

It wasn’t the first time he had stood for election, trying his hand in 2016 (and a time before that in 2011). But he was unsuccessful, and in 2017 he was found guilty of six charges of bribery and treating in the District Court.

He appealed the decision, and the Supreme Court agreed, saying of the informants alleging bribery: “it was blatantly obvious from their evidence that the motive was entrapment of the appellant.”

So when it came to his second run at the Maota Fono, Tuala was determined to ensure he had a fighting chance.

A close look at the Electoral Act was all he needed to be concerned there was unconstitutional and discriminatory language in the legislation, and it would not be swept aside.

On top of that, he suspected that new powers given to the Electoral Commissioner to reject candidate nominations would be misused, and worked to give that power back to the Supreme Court and Judicial Review only.

With the amendments to the Electoral Act 2019 only happening early in 2020, Tuala knew he had to act fast. If the right changes weren’t made to the Act by October when nomination season opened, he risked missing out on being able to run.

His petition was filed in the first week of July, and the matter finally went before a judge in late July, where it was scheduled for a hearing in late August.

Once all the finer details had been ironed out, the actual hearing began in the first week of September, with constant reminders that the entire case was on the clock.

But he, his lawyers, the co-applicant party and even the other side got it done. And for their audacity to challenge a law that looked wrong, Samoa is richer.