Tenants in the Pat Ah Him Building still working to clear their offices after the deluge. (Photo: Anetone Sagaga)

Three out of five businesses, whose premises in the Apia town area were among many inundated by flash floods two weeks ago, are still counting the cost of the damage.

The local businesses were surveyed by the Samoa Observer on Monday with a number of their owners also revealing how the flooding caught them by surprise.

Piva's Sewing and Design co-owner, Tali Paila, said the water levels reached the bottom of the shop window that saw a number of their items getting wet. 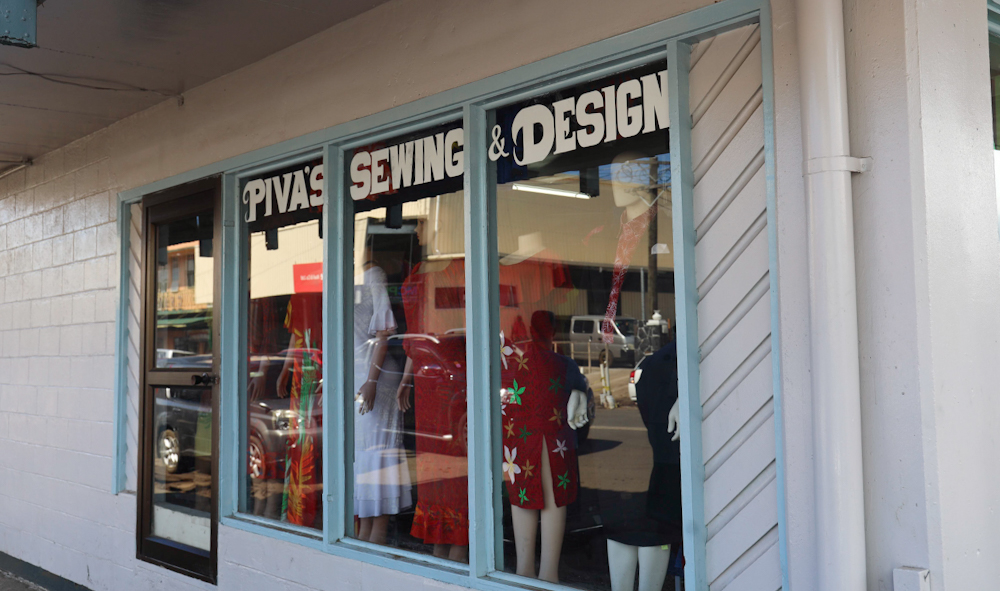 But she said they moved quickly and packed away their merchandise and their four staff continue to work to clean the shop.

Asked for the cost of the damage caused by the flood to her business, Mrs. Paila said they are unable to give an estimate just yet, though a number of their items including material were damaged during the flood.

As for Pacific Building tenants, their landlord and the building’s owner, Richard Schwenke said all his tenants who rent on the ground floor were affected.

“Actually all the tenants on the bottom, they got affected by it, you know but lucky the tenants on top," he said. “But they had nothing to do with it but as the water rose it was maybe about a foot high inside the rooms actually.” 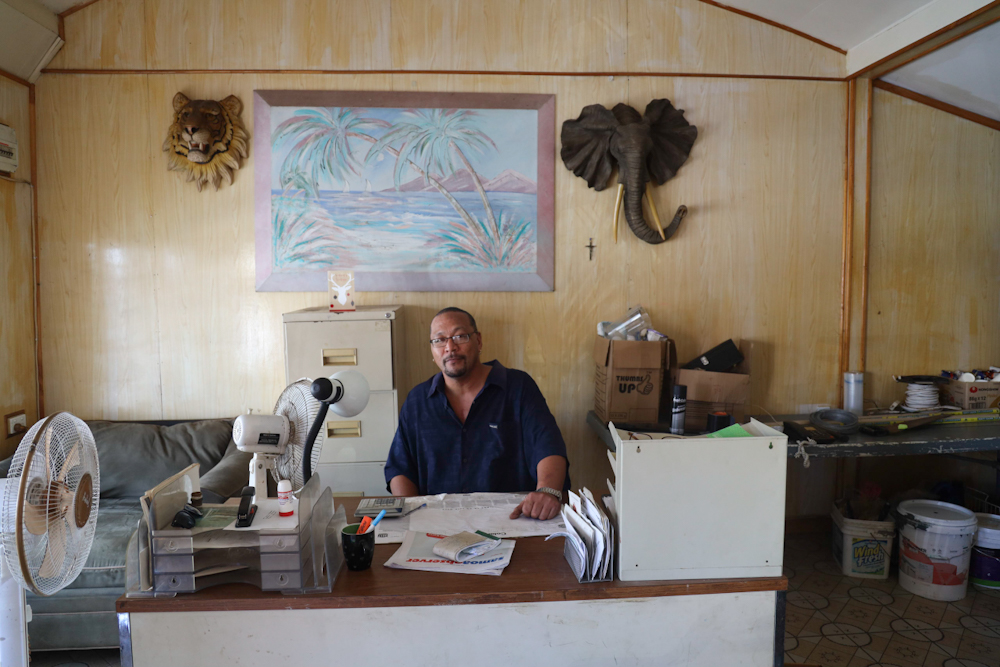 The water rose to the waistline which Mr. Schewnke said was "pretty bad" and mud was everywhere when the water subsided, damaging his tenants’ personal effects, compelling him to drop his monthly rental from $1,000 to $800 in acknowledgement of the flood’s impact on his clients’ business.

Mr. Schewnke said he did not have an estimate of the cost of the damage brought on by the flooding to his business, though he was of the view that it was the worst flood he has ever seen in Samoa.

But it was different for Ace Hardware which was hit hard by the deluge on 18 December, leading to the Police stopping staff from making their way to the business, as the shop was completely flooded.

Ace Hardware Manager, Andrea Williams Stewart, told the Samoa Observer that some of their staff were at work that Friday morning and had to move quickly to relocate the stock to save them from the flood. 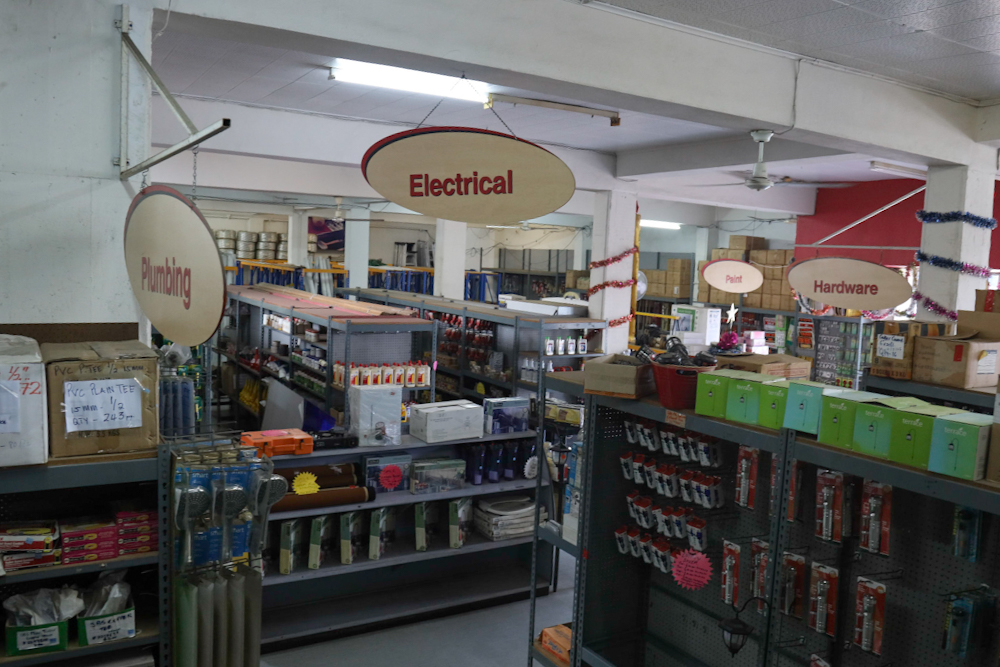 "Our staff were in the shop that Friday, they were walking around trying to lift all the stock above the level of the second shelf and the water was rising very quickly,” she said. “So all of our stock that were on the lower shelf which is about a foot of the floor, they were all affected and then we had to, you know, we had to lift everything about 3–4 feet above the level of the ground.

“But I’d say the water was that high, maybe in the shop itself, the water was about 2.5 to 3 feet high but it went down very quickly.

“I think the high tide, which was about 10.15 in the morning, you know just made the problem worse and so the water backed up and had nowhere to go with the high tide and so it all got pushed back and contributed to the flooding in this area.”

Ms Stewart indicated that they don’t have an estimate of the cost of the damage, as they are still cleaning out their store rooms, though a lot of their fittings, shelves and book-cases got wet and will need to be replaced.

As the business is located in an area that is vulnerable to flooding, she said they are usually prepared and had sandbags but what happened on 18 December was least expected, especially when compared to the effect of the Tropical Cyclones Evans and Gita. 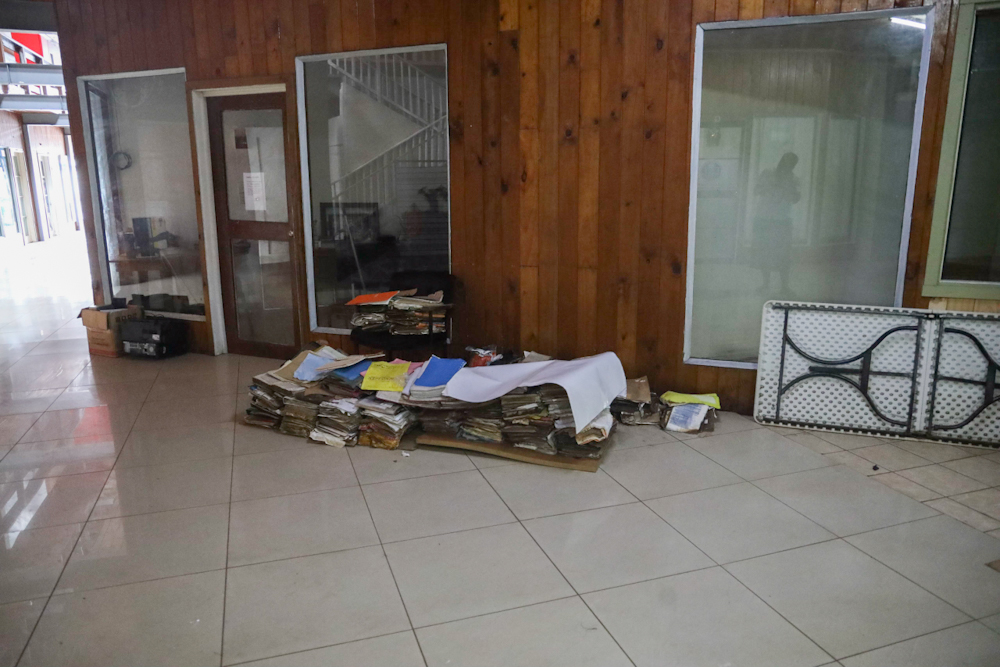 For the Pat Ah Him Building, its owner Maualaivao Pat Ah Him confirmed there was damage to some rooms and they had to continue to clean-up three days after the deluge, though the structure of the building was firm as it withstood the extreme weather event.

The building’s tiles were also ruined and a power outage that occurred during the flood is yet to be restored, which Maualaivao said explains why the place was in darkness.

Last year a flood event led to the damaging of computer workstations at the L&L Customs Agent in town, which the company’s Manager Lafoia Ah Ching said compelled them to switch to laptops to avoid similar losses.

"While that flood we had before, I think it was 2019, that’s when we changed all those big computers to laptops because the U.P.S. (uninterrupted power supply) were down the floor so they were all damaged,” he said. “But then we managed to change from those you know the PCs the big ones to laptops so now we are only having laptops.” 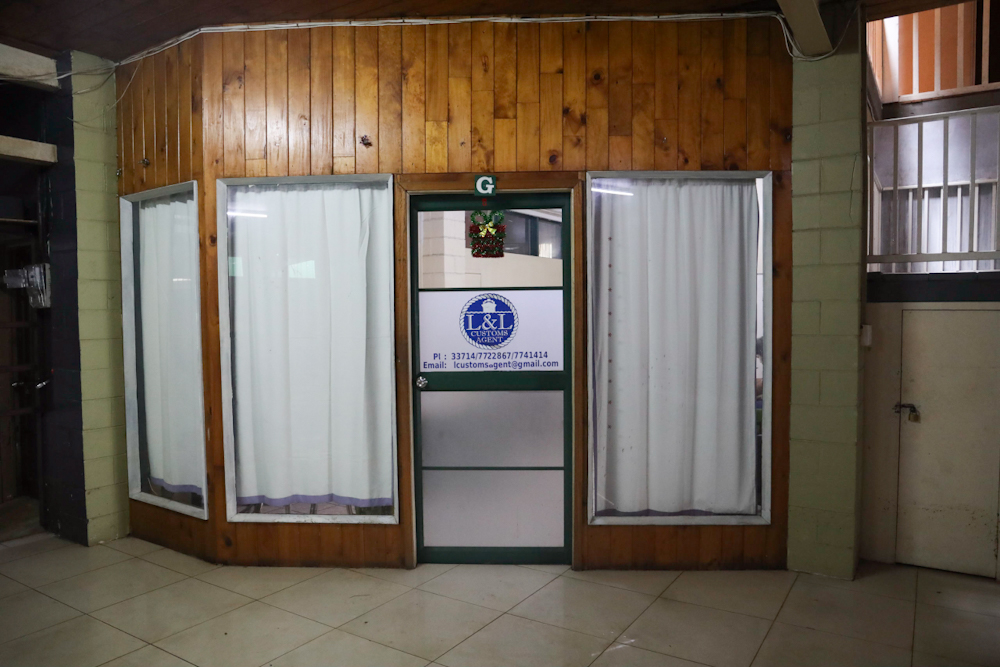 Mr. Ah Ching said while their laptops were safe, he remains concerned about the furniture in the office which can be damaged if they become wet. The office’s bathroom also had mud and had to be cleaned out that day.