Apostle Viliamu Mafo'e and members of the Worship Center Christian Church in Samoa at the Thanksgiving Ceremony on Saturday. (Photo: Aufa'i Areta Areta)

The Worship Center Christian Church held a thanksgiving service at the site of their new church and headquarters at Sogi on Saturday.

The building of the new multi-million tala church along the Mulinu’u road at Sogi is being undertaken by local company, Ah Liki Construction Ltd.

The Head of State, in a speech during the thanksgiving service, said it has been 190 years since the arrival of Christianity in Samoa and Samoans continue to bear witness to the love and kindness of God on a daily basis. 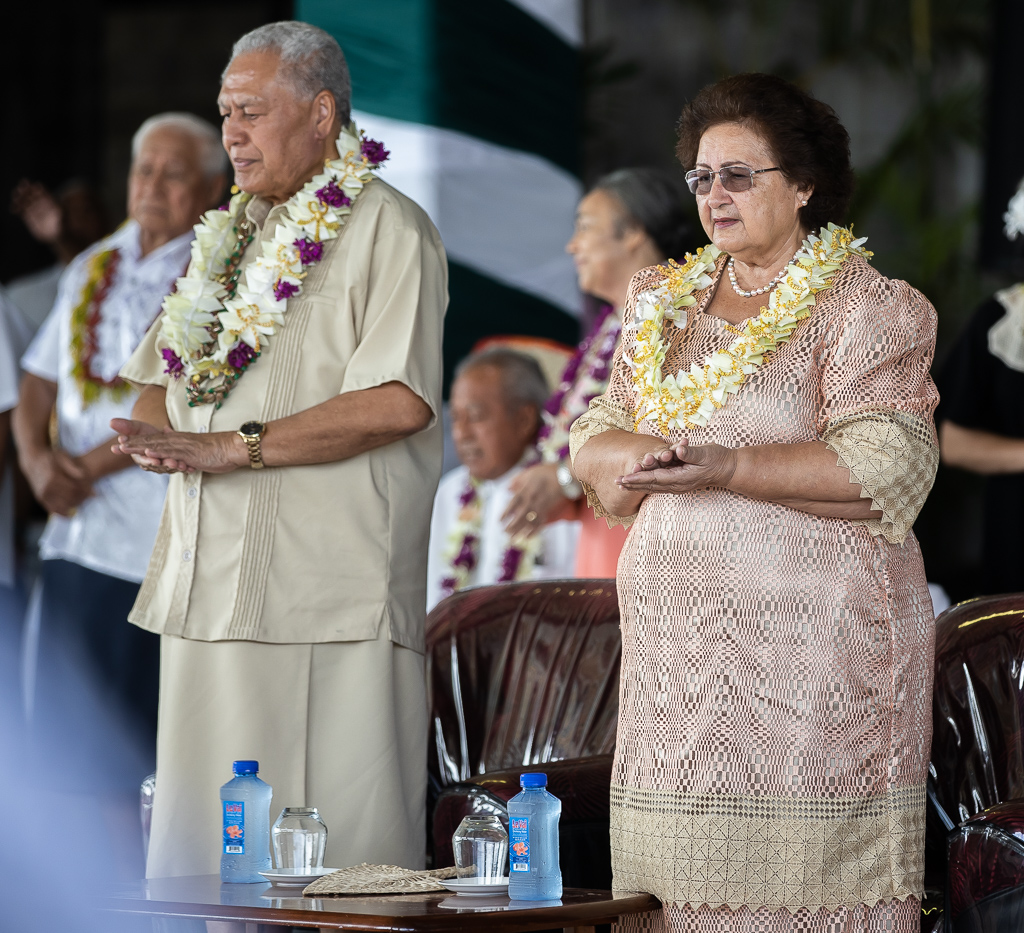 Re-emphasising the sentiments expressed earlier by Apostle Mafo'e on the construction work being undertaken at the site, he said the building of the new church is being done by the “sons of our country” who had skill and talent.

The Head of State also said they are thankful that the Christian belief of God being the light and guide would be present in the new building upon its completion. 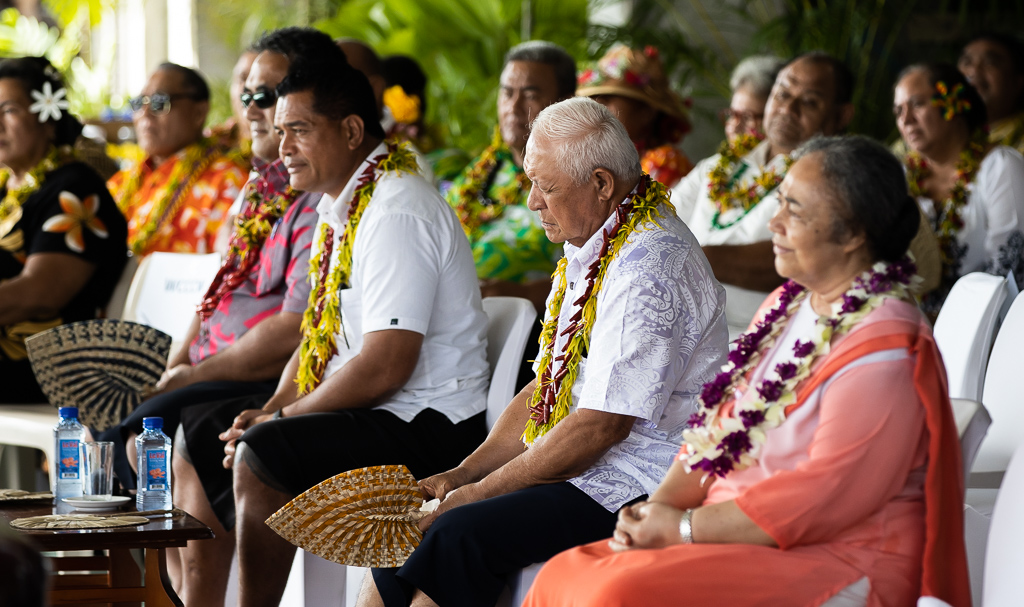 Prime Minister Tuilaepa thanked the church leadership for inviting them to the thanksgiving service to see first hand the progress of the construction work, and expressed appreciation for God guiding Apostle Mafo'e and the congregation.

He said they always pass by the building when heading to Mulinuu and have always wondered when it would be open as the quality of the new church would make the area look good. 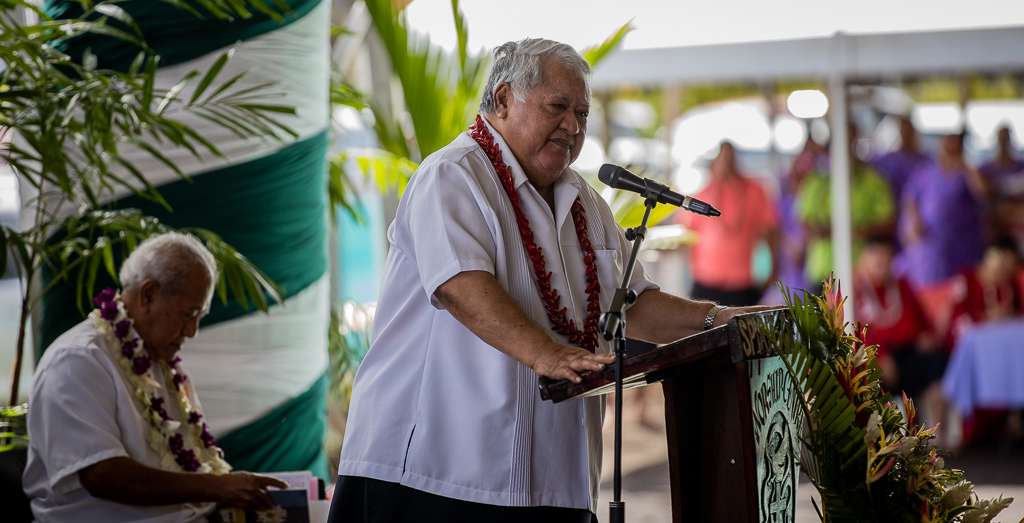 Addressing the guests, Apostle Mafo'e said he was surprised to see how much progress they have made in terms of the new church’s construction, and added that the work is being undertaken by “sons of our country”. 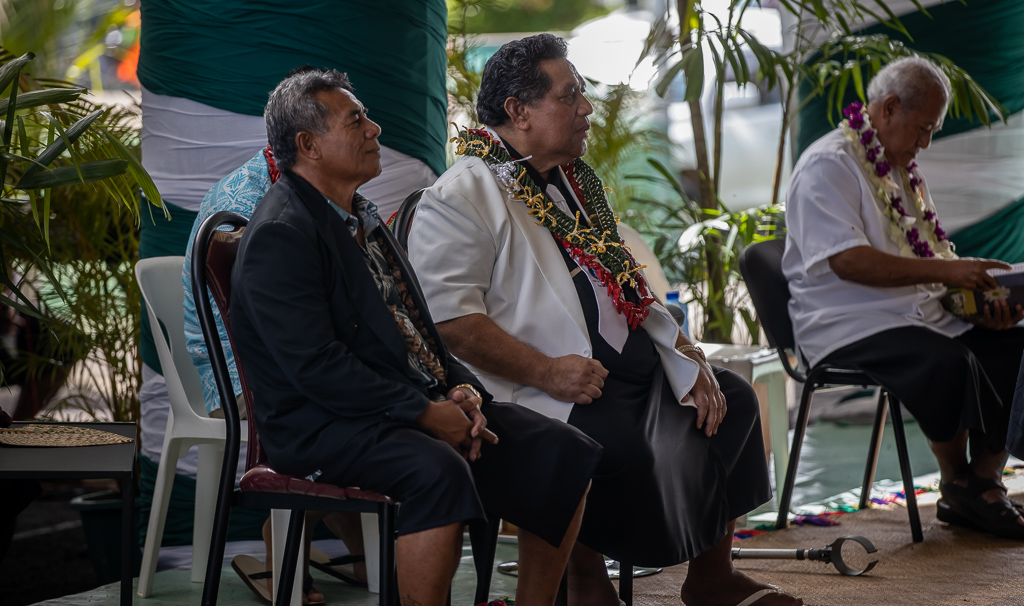 The groundbreaking ceremony for the new church headquarters was initially held in July 2011.