Samoans all around the island gathered in churches late Thursday evening and early Friday morning to celebrate Christmas day, celebrating the of Jesus Christ.

And like many churches around the island, the Vaitele Fou Methodist Church Christmas celebration started the night before through Christmas carolling, firstly at the Methodist President's resident in Faleula, the Church Secretary's resident in Mulinu'u and then to each family of the congregation.

Rev. Faleiva said the Christmas message for the Congregation on Friday morning was an encouragement for the people to spread the good news which is the birth of Jesus, as the Methodist daily reading guide prescribes.

"It is a good reminder that this birth is incomparable to other royal births, and as we all know it is because Jesus was born in a stable, however, He is the king of all kings," he said.

"The main message is to spread the gospel that Jesus is born and who is Jesus? He is the saviour of the world." 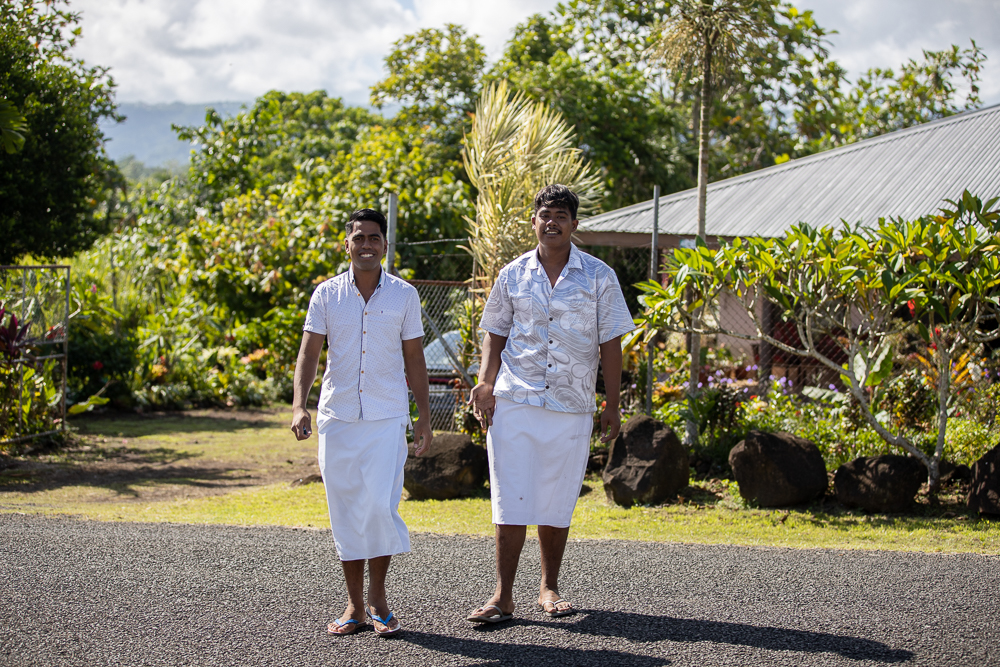 Rev. Faleiva said only seven people had showed up on time to Church, but that did not stop the special  Friday service.

"Some of our carollers from last night had overslept after singing all night with only a few hours to sleep before Church started at 9 a.m. However, as the service progressed, the crowd built up eventually as normal," said Rev. Faleiva.

He said carolling was a major effort in keeping the Christmas spirit alive leading up to the actual day, especially when they were unable to do it last year due to the measles epidemic.

"Carolling is very important, and another important thing is, this is only our second Christmas in our Vaitele Fou congregation and last year, during our first year, everything was cancelled," he told the Samoa Observer.

"And although our plans were not a 100 per cent, we felt that it was enough for our congregation families because this isn't like the big rural villages where we had served before.

"Families live on freehold land, they're quite far from each other and most of the children the make up our congregation have left to go for holidays in with families in the rural areas or in the big island. At this time of the year, our parish is less occupied than usual."