Samoa
Long cues at one of the Western Union branches in town. (Photo: Vaitogi A. Matafeo )

It is often said that remittances is the lifeblood of Samoa's economy.

For this Christmas, many families around Samoa can say it is what has made the Christmas season enjoyable. On Thursday, while many people crowded the Apia town area for shopping, long queues were seen at various money transfer outlets.

Some people stood for hours in the last minute rush to cash out money from their families overseas to help them during Christmas.

Henry Tele told the Samoa Observer that the money he was about to withdraw was a Christmas gift from his son living abroad. 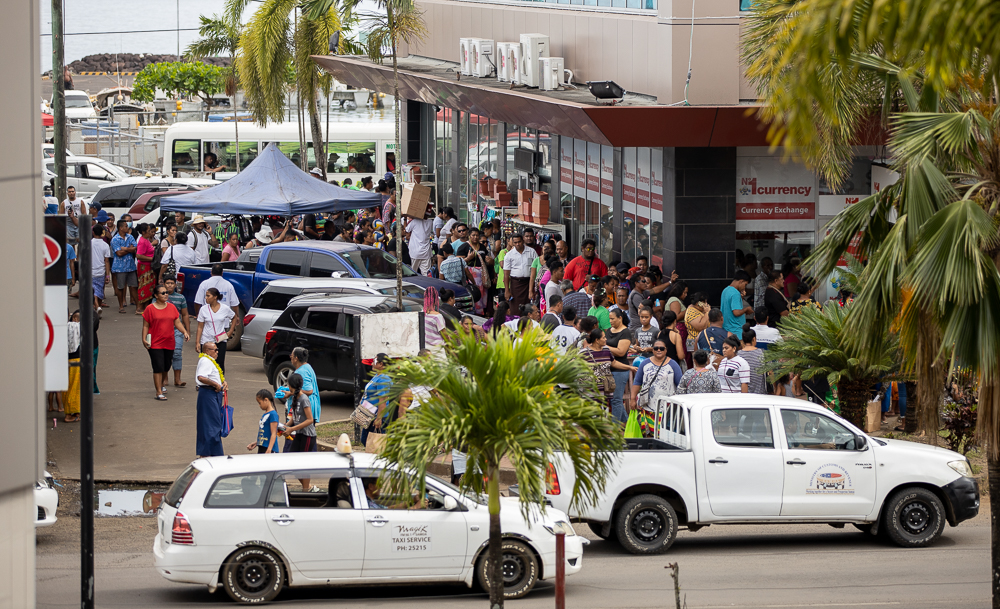 "Despite the long queue, dirt roads, tiredness and hours of waiting, that will not stop me from getting this much needed assistance for our family," he said.

The father of five added that when he got off the bus and walked to one of the Western Union branches next to the market, it was already crowded.

"I had to walk to other branches because I was a bit late and plus the money will help pay for gifts for the little ones, food and other pay our bills.

"I came the other day but there were cues everywhere so I returned back thinking when I come today it will be less hectic, I guess I was wrong.

"It is not easy waiting in line because u have to stand for a long time, but I know the end result is all worth."

A mother of four, Ula Temu said that her husband who is working overseas as a seasonal worker has sent money so their family could have a merry Christmas.

"I am very grateful for a loving husband who works so hard to provide for our family.

"We have young children, so I am in charge or taking care of them.

"I know the cues are long and so is standing for a long time but the money is needed for our family expenses."