Hundreds and hundreds of people of all ages gathered on Beach Road on Wednesday evening to embrace the spirit of Christmas.

They were there to take part in the Christmas Parade which brought joy and happiness to the people of Samoa as part of the Government's Festival of Lights.

The parade started from the Vaisigano Bridge where the police brass band led with tunes of Christmas carols. 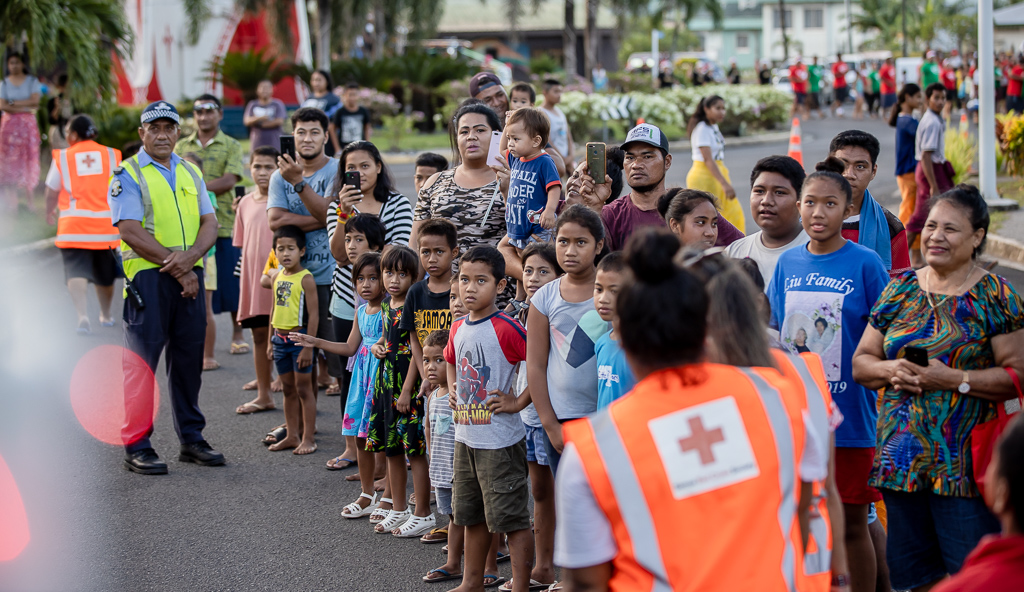 Hundreds of people lined up on both sides of the road from the Vaisigano bridge to the Government building at Eleele Fou, eager to see what surprises the parade was going to bring. 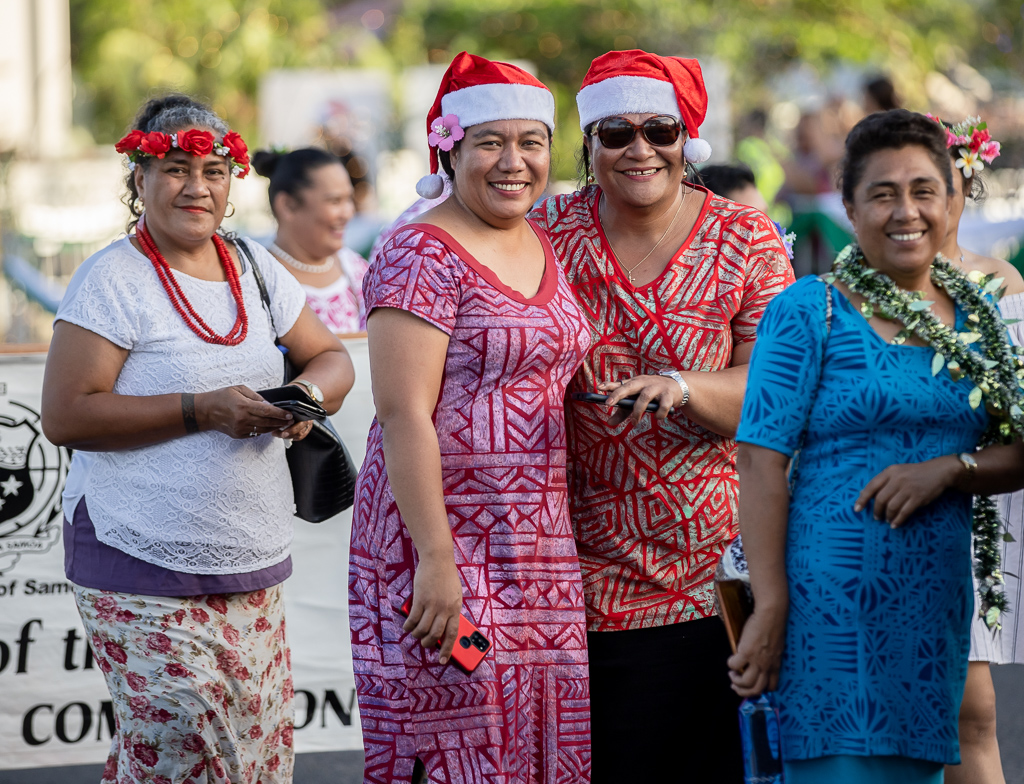 Cars decorated in Christmas themes followed the Police brass band. Candies were being thrown in every direction and met with cheers, laughter and appreciation from the crowd. 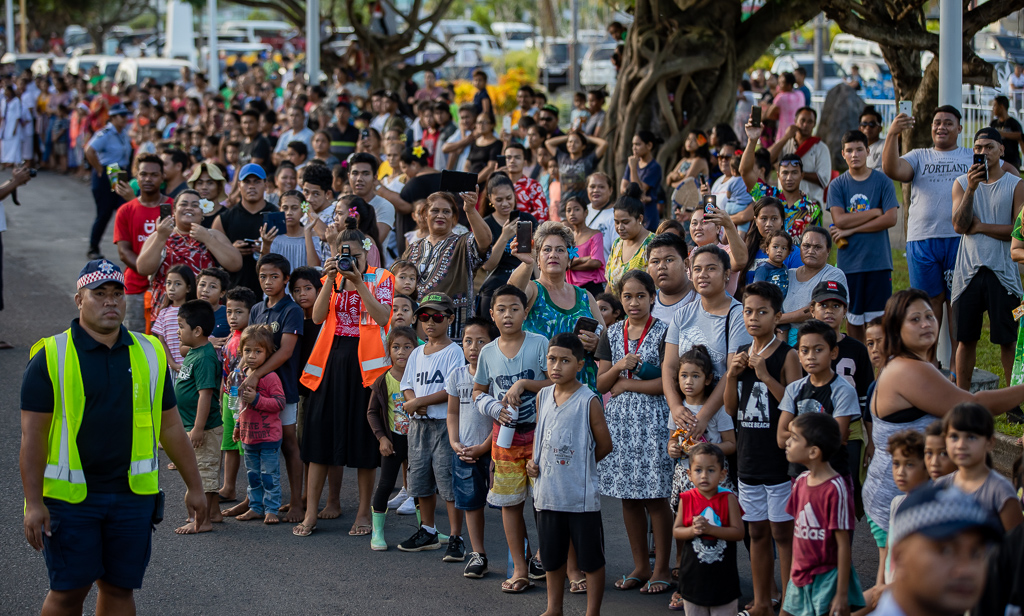 A large vehicle owned by the Electric Power Corporation (E.P.C) decorated with Christmas lights and members of the staff in uniform dancing to the beat of the song while Cindy of Samoa took the attention of the crowd through a "concert" at the very top of the E.P.C vehicle. 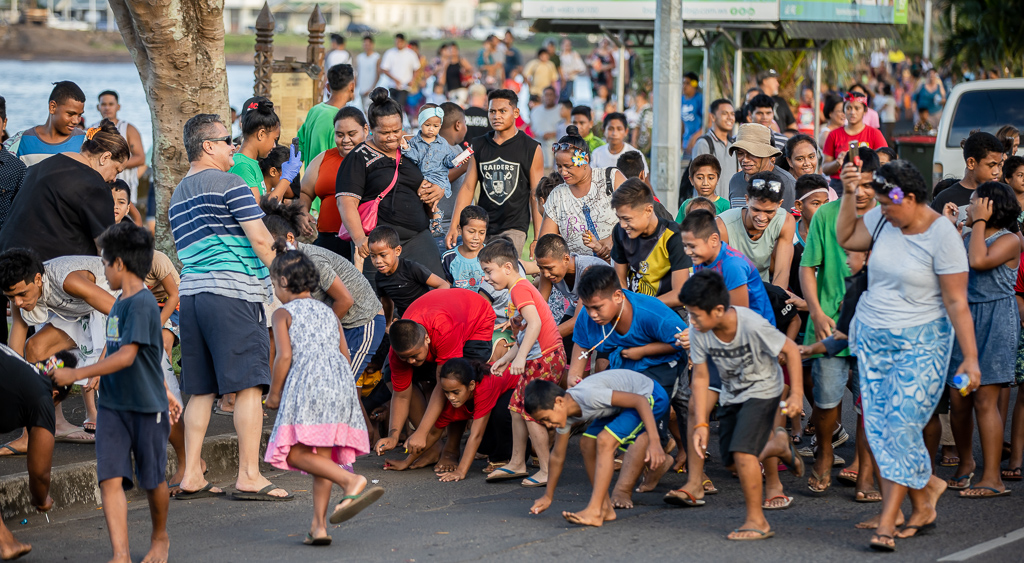 The main attraction of the Christmas Parade on Wednesday was the Samoa Fire and Emergency Services Authority (F.E.S.A) who at the top sat Father Christmas himself on a throne in full Samoan Christmas attire bring along joy and the Christmas spirit of the crowd. 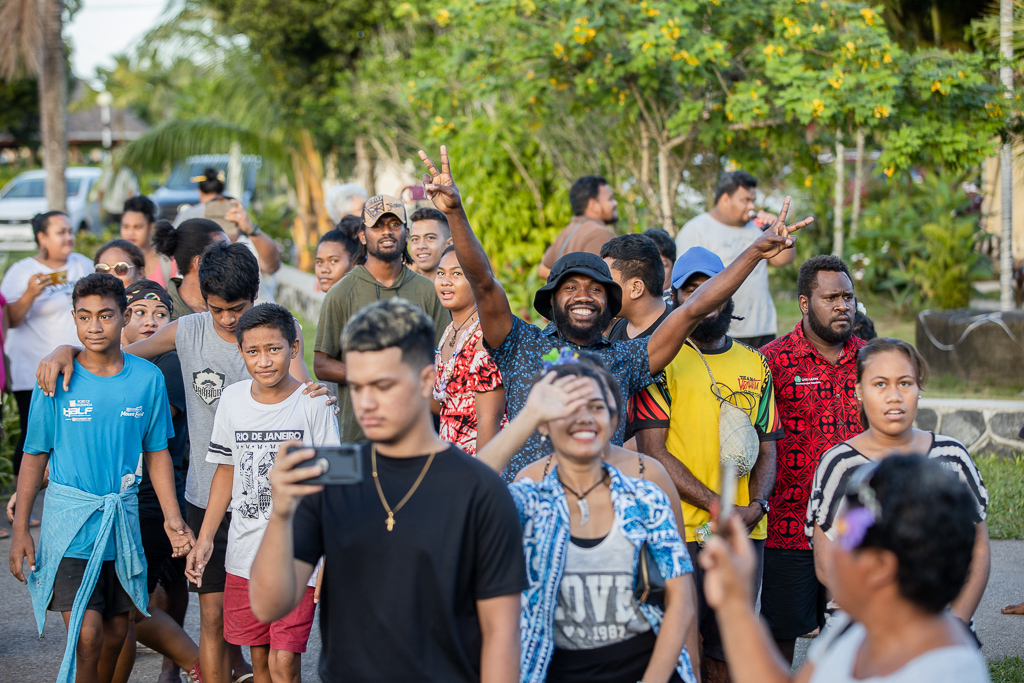 Hundreds of people followed alongside the parade as candy flew everywhere and the beat of Christmas carols grew louder and louder and filled the air of the Apia Town Area. 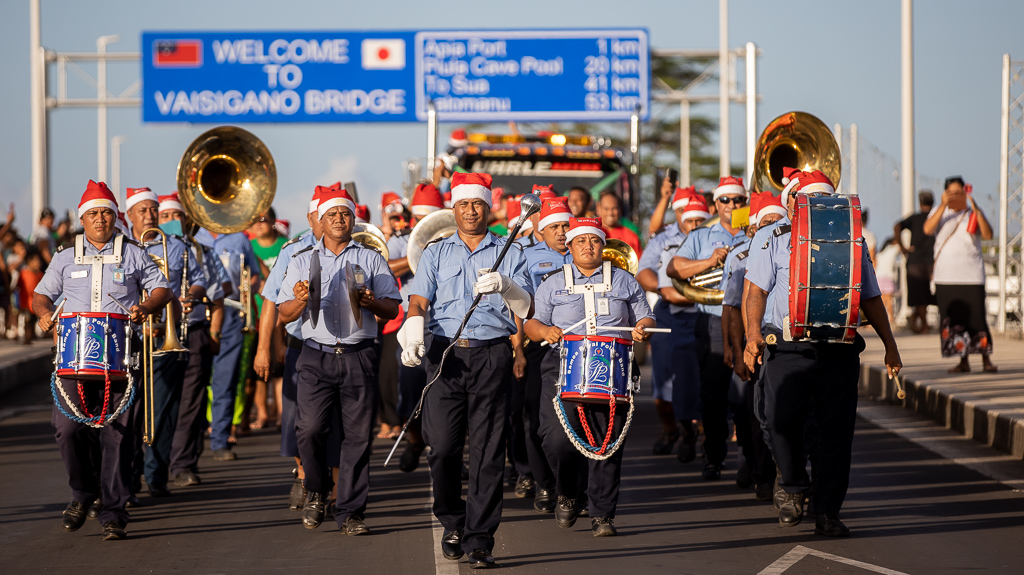 As the Christmas parade made its last turn around the Apia Clock Tower the cheers of the crowd grew louder with the excitement of what was to come. 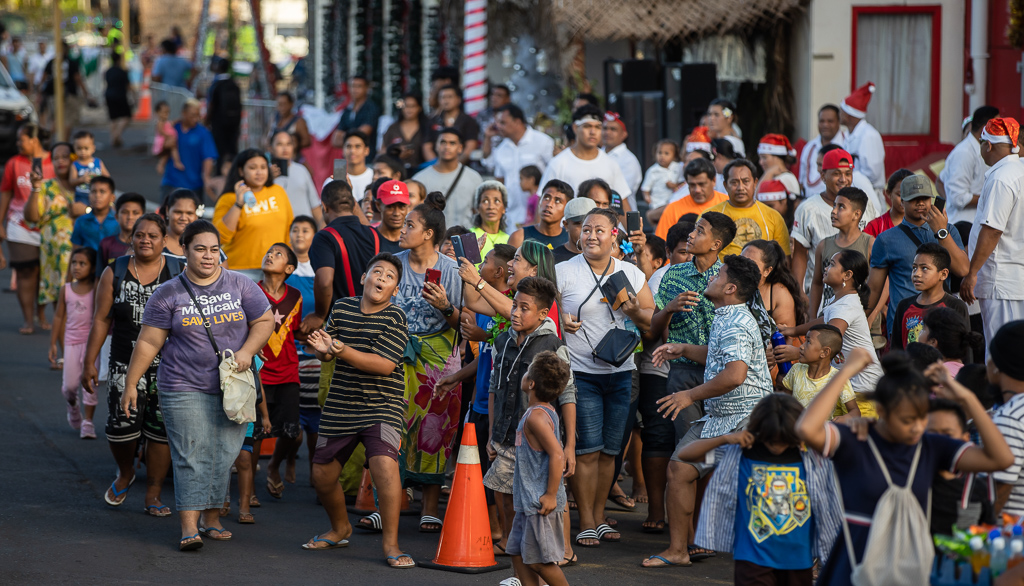 The Chief Executive Officer (C.E.O) of the Samoa Tourism Authority, Fa'amatuainu Lenatai Suifua welcomed the guests and hundreds of people in front of the Government building while Rev. Mariota Siaea of the Mulivai Methodist Church offered the opening prayer and said a few words about Christmas in Samoa. 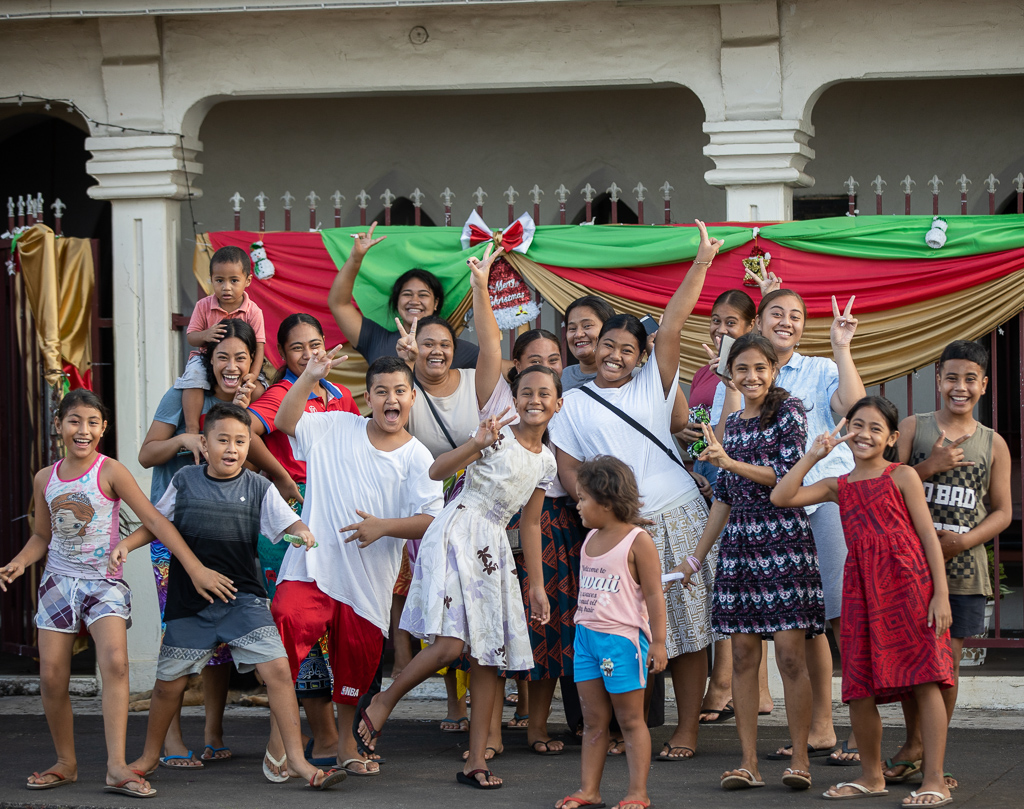 Rev. Siaea told the crowd that Christmas last year was indeed a "Black Christmas" due to the measles epidemic which had taken the many lives of Samoans.

He explained that if you look at the year we have gone through, the pandemic is upon us and that if you put together the number of people in the United States of America that have died due to COVID-19, there will be no Samoa. 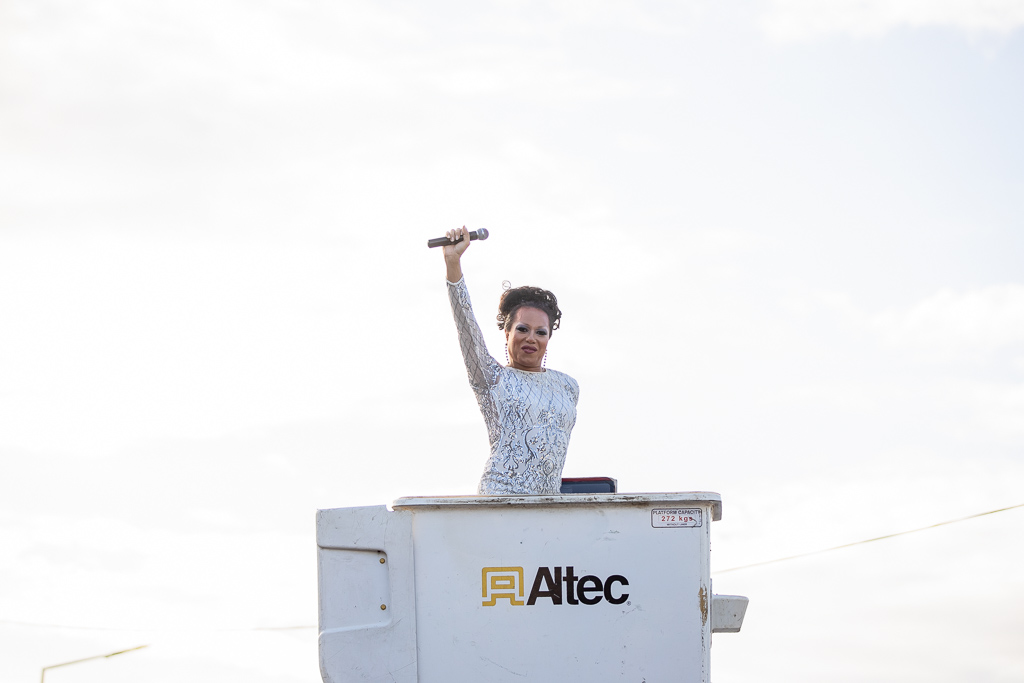 The Minister of Tourism, Sala Fata Pinati, said that despite the challenges we have all witnessed the people working together by decorating their homes, roads by doing what is possible for the future of Samoa.

"Samoa is one family," he said.

He thanked the Prime Minister and Cabinet for their support. Sala also commended members of the public for their prayers and support and wished everyone a merry Christmas.