Taualai Leiloa has been sentenced to five years' imprisonment for conspiring to murder the Prime Minister (Photo: Aufai Areta Areta )

A man who pleaded guilty to a plot to assassinate Prime Minister Tuilaepa Dr. Sa'ilele Malielegaoi has been jailed for five years.

Taualai Leiloa, of Lauli’i, pleaded guilty to one count of conspiracy to murder Tuilaepa last year. He was jailed by Justice Tafaoimalo Leilani Tuala-Warren on Tuesday.

Three other men who have been charged in connection to the plot have their matters pending.

While Lemai Faioso Sione and Malele Paulo - better known as King Faipopo - have pleaded not guilty, the Government has requested that the Australian Government extradite Talalelei Pauga to face a charge against him.

The Supreme Court Justice described the action of the accused and those “similar minded individuals” to assassinate the Prime Minister of a democratic country as an attack on democracy itself.

According to a summary of facts accepted by Leiloa, he met Pauga on Facebook and discussed the assassination with him.

The court heard that the men had planned to murder the Prime Minister at the Siusega Catholic Cathedral in August last year.

When that plan did not proceed, Leiloa claimed he was allegedly instructed by Pauga to go to the Prime Minister’s residence at Siusega to carry out the assassination.

A third incident was said to have been planned for August last year and Leiloa alleged that he was informed by Pauga to carry out another planned assassination attempt at the fish market on a Sunday.

The summary of facts stated that Leiloa alleged he had misinformed Pauga that the Prime Minister was not at the fish market and then left to head back home.

On the same day, Leiloa alleged that Pauga had ordered him to go to Malololelei to kill the Police Commissioner.

During the course of their plans to assassinate the Prime Minister, the accused claims that he was given money by Pauga through a relative to “prepare for the assassination”.

It was on 16 August 2019 when the matter was reported to Police after the Village Council of Lauli'i called the defendant to the village fono (council) where he was questioned about the conspiracy. 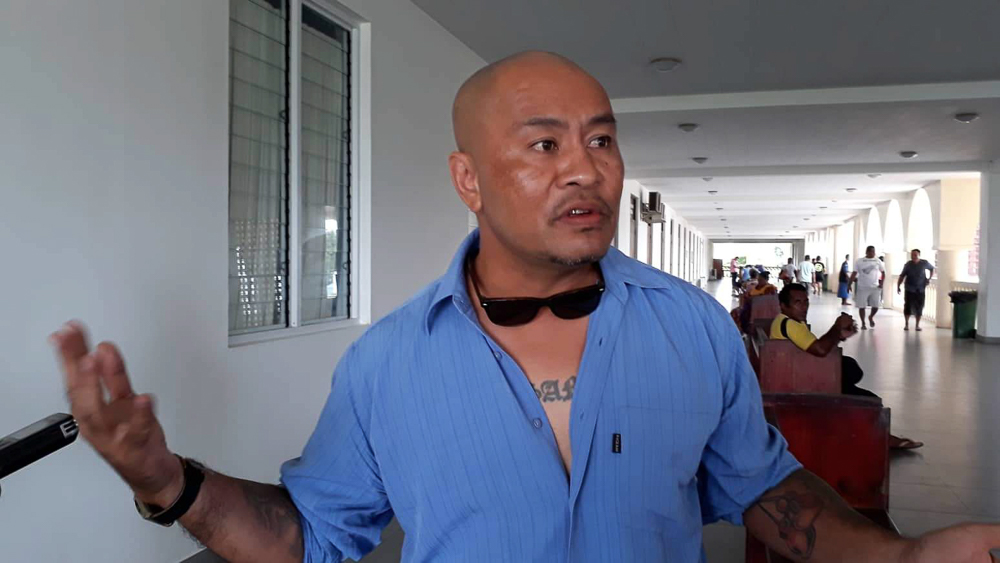 Prosecutor and Attorney-General Office lawyer, Ann Matalasi, suggested 10 years should be used as the starting point for the court’s consideration of an appropriate sentence.

Justice Tuala-Warren agreed but took into consideration Leiloa’s early guilty plea and his reconciliation with the Prime Minister as counterbalancing factors.

“The defendant says that he had no intention of carrying out the assassination and used the money for various family fa'alavelave (family obligations),” Justice Tuala-Warren noted.

“He expressed deep remorse and regret to [probation officials] and says he takes full responsibility for his actions. He says he only did it to obtain money.”

Leiloa has five previous convictions with one of those being an escaped prisoner in 2003.

His other previous convictions are for burglary and theft, and in 2002 for attempted rape.

The court noted that there was no victim impact report provided by the Prime Minister.

Justice Tuala-Warren pointed out that the victim is a prominent figure in society being the Prime Minister.

“There is no doubt this would have been extremely unsettling and unnerving for him and his family,” she said.

“It would have affected the Prime Minister’s movements and led to the need for increased security.

“No one has the right to put anyone else’s safety at risk. This is exactly what the defendant did.”

She added that the Court is in possession of a letter from the Prime Minister dated 7 November 2020 saying that “he met with the defendant and blessed him”.

The Supreme Court Justice said an aggravating feature of the offence was that “there was a lot of planning and premeditation that went into this conspiracy”.

She also considered that it took place over the course of three-and-a-half months and crossed national borders as well as the impact on the victim.

Justice Tuala-Warren stressed that the offence for which the defendant was being sentenced was extremely serious.

The punishment for conspiracy to murder is up to life imprisonment, she said.

“A conspiracy to murder the Prime Minister of any democratic country in the world is an attack on democracy itself. It cannot and should not be taken lightly,” she added.

“Similar-minded individuals will do well to remember this.”

Having considered the aggravating features of the offending, Justice Tuala-Warren, said there will be no uplift for the defendant’s past criminal history as the last offending occurred about 17 years ago.

“Finally I deduct three years for his early guilty plea.

“The defendant is convicted of conspiracy to murder and sentenced to five years imprisonment.”

Time spent by the accused in custody was to be deducted, the Judge ruled.

The hearing for an application to stay proceedings has been lodged by the three other co defendants is scheduled to be heard in August next year.