Samoa
Tusa Victor Vaai and his family is the driving force behind the Tui Pacific Company Limited (Photo: Anetone Sagaga)

An international forum in China and the Pacific hosted by Samoa last year birthed a new fishing business called the Tui Pacific which has been launched at the Matautu Wharf.

Driven by businessman and General Manager, Tusa Victor Vaai, who also owns Samoa Pure Water company, the business venture that took close to a year to plan has been realised. The company launched its first phase on Tuesday morning, a Cold Storage at Matautu.

According to Tusa, it was during the third China Pacific Island countries economic development and cooperation forum in October 2019 that he saw the opportunity to sell more water. He also focused on expanding his business to find overseas markets for the Samoan brand purified bottled water.

It was during the discussions that he had the opportunity to talk with Samuel Chou, of Huanan Fisheries.

“I was so nervous that I completely forgot about trying to sell water,” he recalled the meeting with the Mr. Chou, who is now the Chairman of the Tui Pacific company. 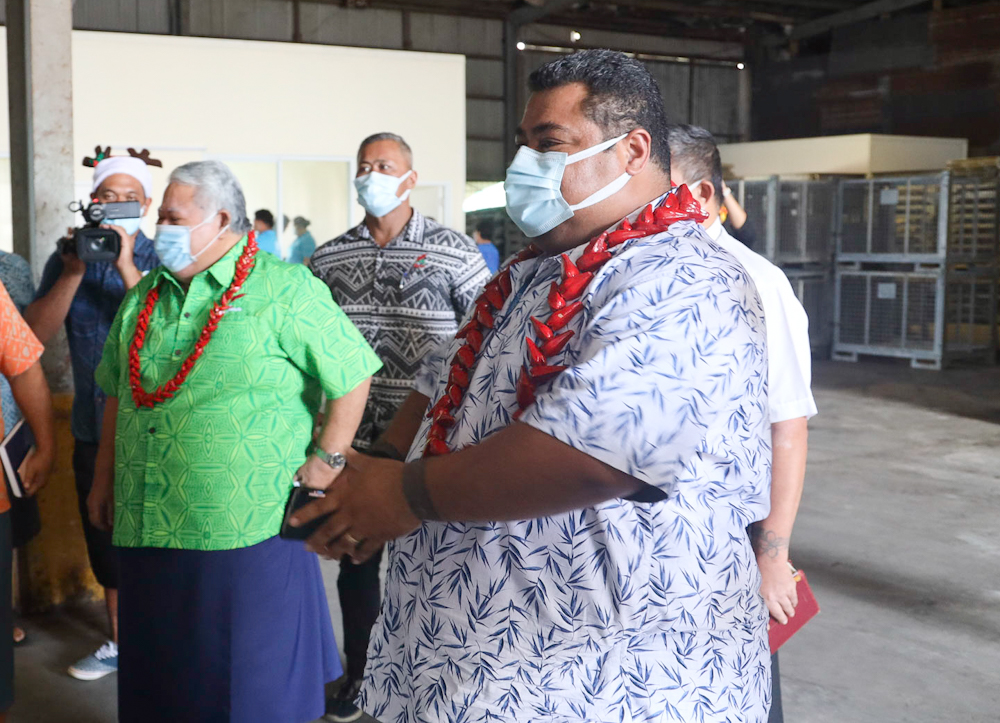 “I was thinking to myself, when would there be another opportunity like this. So I boldly spoke out very loudly, I want to learn your business and learn how to do it well.”

The request was received with laughter from Mr. Chou and since then the business partners joined forces to get the venture off the ground.

“This is where our company's vision was born coming  together with Huanan Fisheries to form Tui Pacific Company which is now a reality as of this morning,” he said.

At the beginning of 2020, the partners were asked by Swire Shipping Line to join venture as a third party. Tusa said Swire Shipping brings to the table the professionalism and wide experience and understanding of the shipping world globally.

“They also bring a fresh outlook of how we need to lift our standards to be on bar with many other global companies worldwide,” he said. 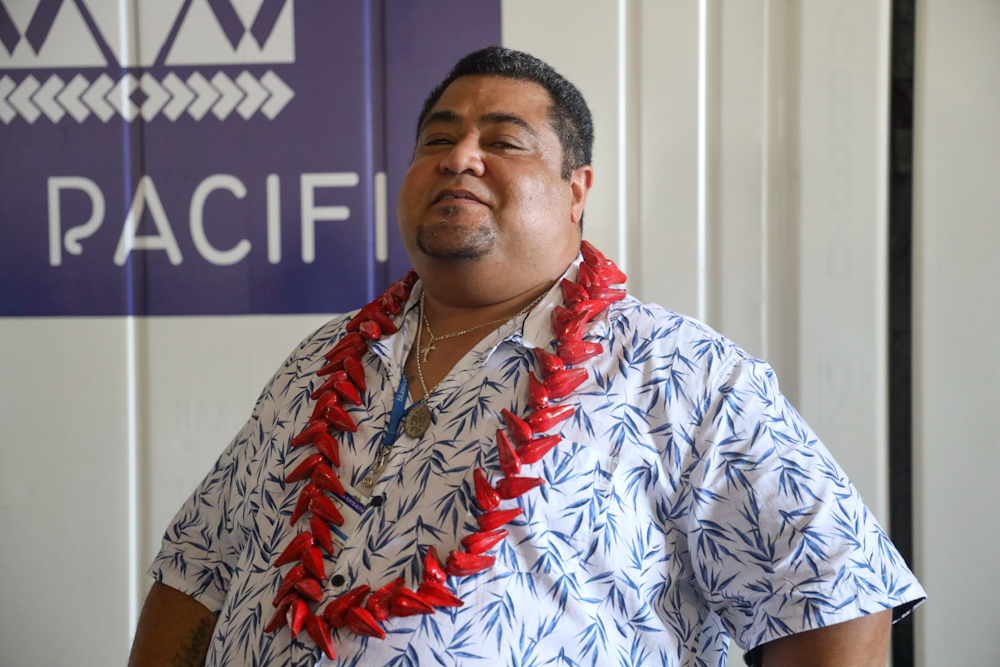 The General Manager said the company’s main objective is to make Samoa the main fishing hub for the Pacific within the next four years.

“We are uniquely situated in the Pacific as an easy access from other countries EEZ [Exclusive Economic Zone] and makes us a perfect transshipment ground for fishing companies,” he said.  “We may have one of the smallest EEZ in the Pacific but this is to our advantage.

“So sometimes, small is beautiful and this will entail, economic growth to our GDP [Gross Domestic Profit] and bring in revenue for our ports…”

Tusa believes the joint venture is only as strong as the support and help that they receive from Government and its stakeholders.

“So please if you do see my name on your meeting schedules, please the Savaii boy needs your help, in all seriousness,” he told the gathering.

“We do need the support and the backing of the government to achieve our other phases and it is imperative that we have a collaborated effort to ensure a brighter future for Samoa and its people. 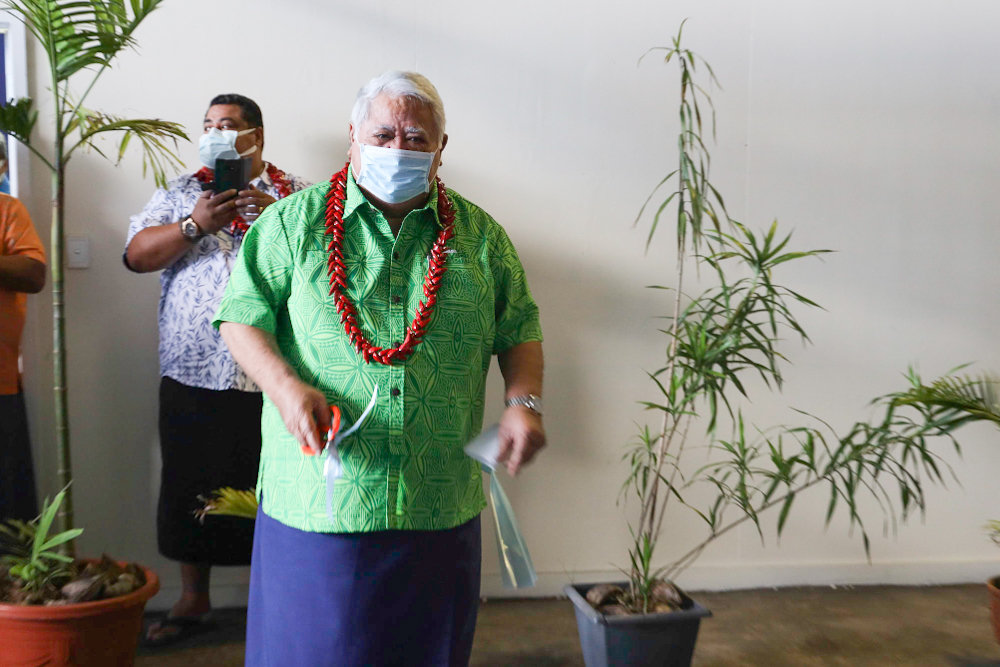 “We have persevered through Covid-19 and its many restrictions and difficulties, we have endured heart ache and pain right from the beginning of the year, we have even had major flooding in the past few days.

“But we believe that God is strong in Samoa.”

Tusa thanked the Prime Minister Tuilaepa Dr. Sailele Malielegaoi and his government for their support.

He made special mention to their youngest Project Manager who has been instrumental in putting the project together; his son Victor Anthony Vaai.

His wife Tofilau Nua Sua-Vaai who is the Director of Tui Pacific was also acknowledged for her continuous support and believing in him.

Tusa added the project is a dedication to his late father Vaovasa Malolo Tui Vaai.

He acknowledged their parents Fulumoa, the late Atonio Sua and his mother Vaimoana Vaai.

In congratulating Tui Pacific for realising their dream, Prime Minister Tuilaepa said it is undeniable that Samoa has the smallest EEZ.

However, he said that the country can benefit from establishing fishing company’s base office at the local ports.

The Prime Minister added that the limited space at the Matautu wharf to accommodate the ports needs is more reason that the Government will not back out on a new planned wharf at Vaiusu.

He noted it is important for government to deliver timely decision for the stability of the economy and country.

Lastly he encouraged the business owners to be fearless knowing that God will always provide opportunities to find solutions.

Tuilaepa was given the honour to cut the ribbon.

The Chairman of Tui Pacific, Mr. Chou and Director Randolph Selvaratnam a representative of Swire joint in the launch through virtual meeting.