Christmas came early for an elderly father of two who has been paralyzed for more than 30 years, as he became the recipient of a brand new wheelchair. (Photo: Brown Girl Woke)

An elderly father of two, who has been paralysed for more than 30 years, received the best Christmas gift ever when he was presented with a brand new wheelchair.

Faamanu Leota, 63-years-old lives with his nephews, who are his caretakers at Papauta.

The donated wheelchair was funded by the Able Collective Australia, through Brown Girl Woke.

Founder of Brown Girl Woke, Maluselu Doris Tulifau said that they found out about Mr. Leota through a partnership with Nuanua O Le Alofa (N.O.L.A.). 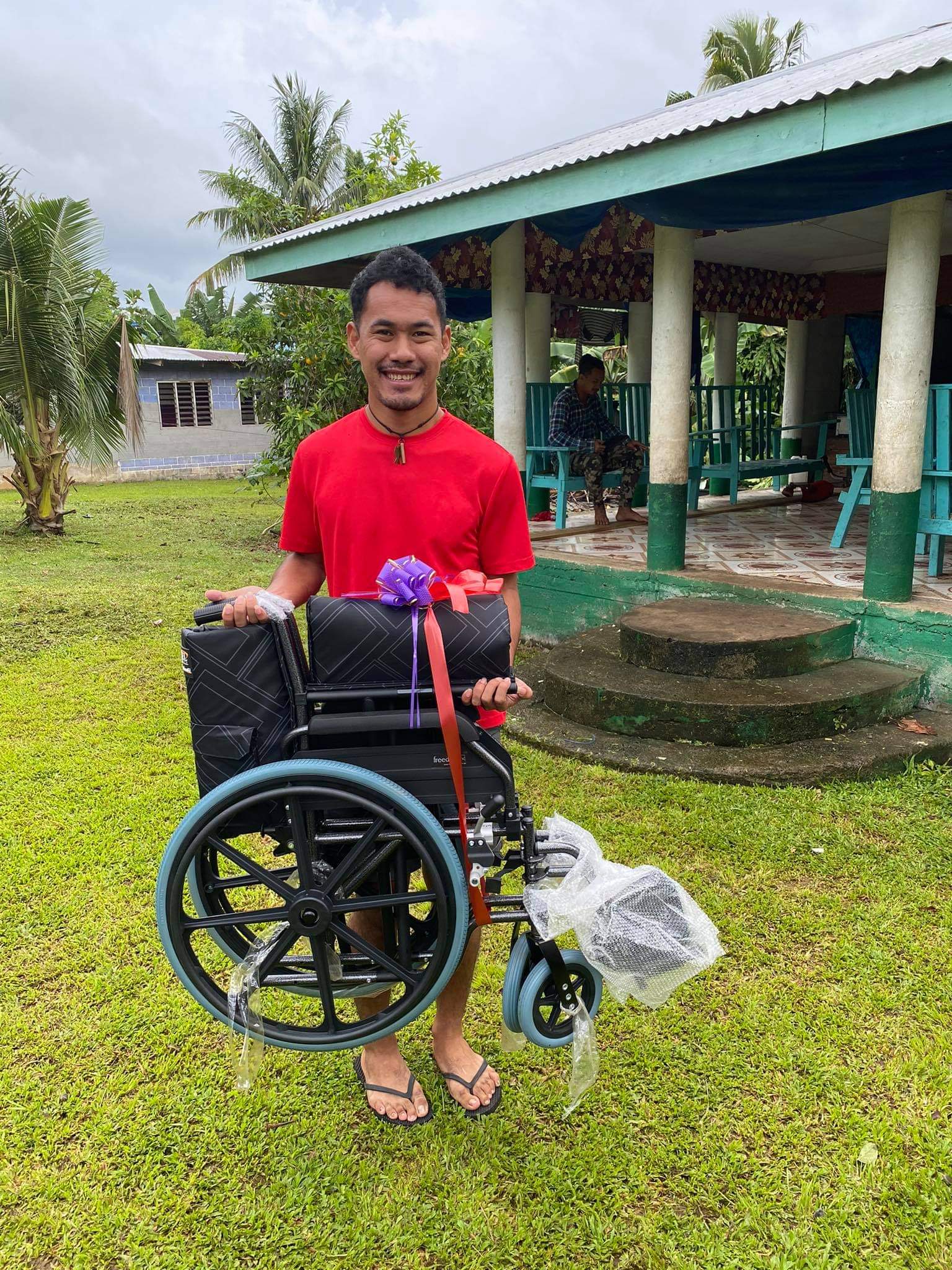 “We have a partnership with N.O.L.A. and we asked them for a list of persons with disability to be part of our projects where we donate groceries throughout the year,” she said.

She said many people do not know that a lot of people with disabilities live on their own while family members visit them from time to time.

“We have been helping him [Mr. Leota] throughout the year with groceries but his only wish from us was to get a wheelchair. We are not fortunate to get a lot of grants but we wanted to help other than providing food necessities.” 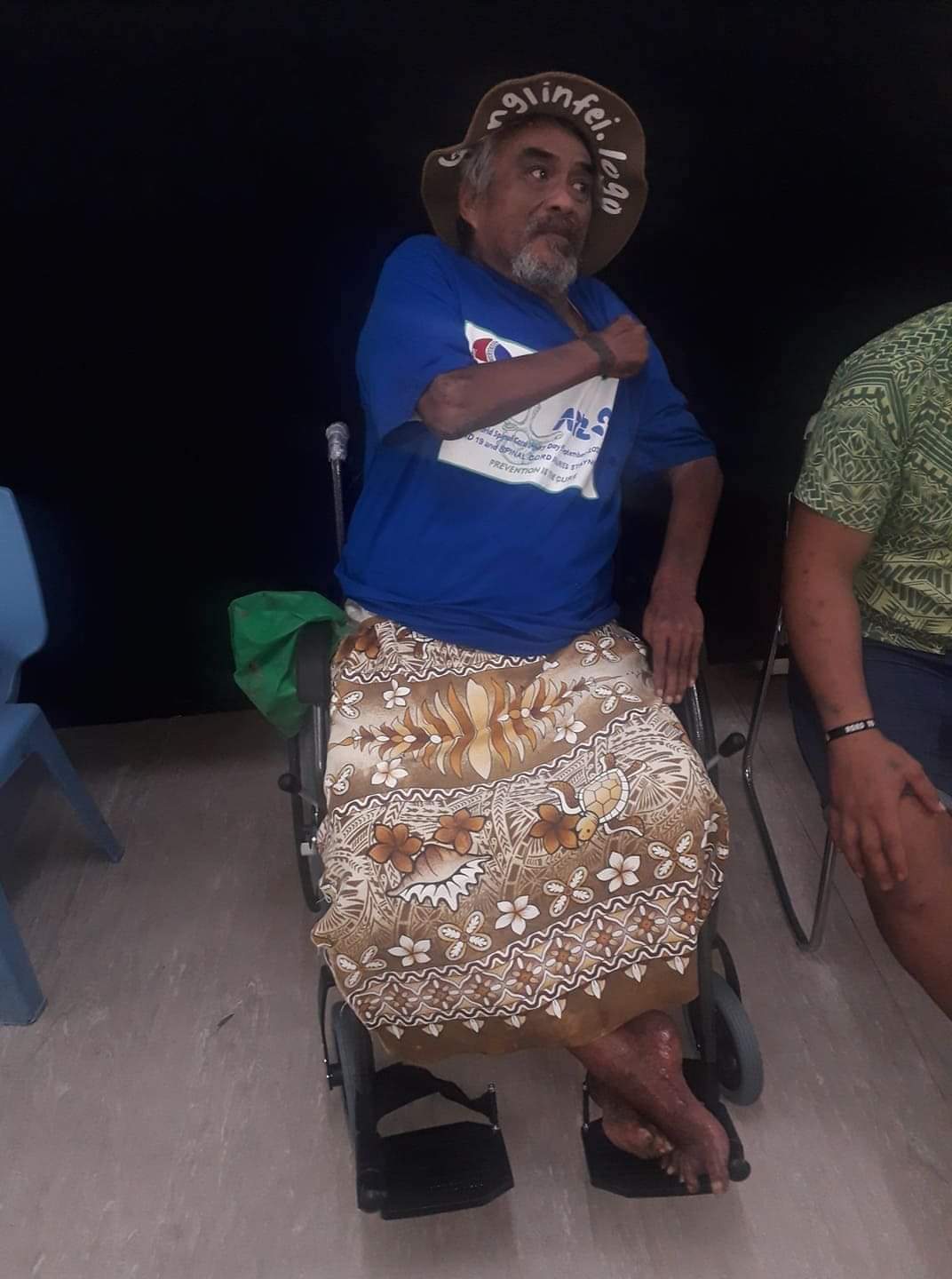 Maluselu also prayed for help and posted on Instagram that there was someone who was in great need of a wheelchair not thinking that an organisation from Australia will reach out to her and help.

Able Collective Australia responded with a donation of $8,000 to B.G.W. for the purchase of wheelchairs.

“We received enough funding for five wheelchairs which is a blessing including Fa’amanu’s wheelchair.

“One of the issues in Samoa is that they do not sell a lot of good quality wheelchairs used for the road, so we got Fa’amanu one from Maria’s Pharmacy and they ordered four more.

“He had a wheelchair a year ago but has had four wheelchairs in the last ten years.”

She said doing the work of helping others is a blessing.

“I have been paralysed for more than 30 years after I got an injury while playing rugby,” he told this newspaper.

He played as a hooker in his village’s rugby team when the incident occurred during a game.

“The ambulance brought me from Apia Park the hospital and with my spinal injury, I lost everything.”

He also shared that not having a wheelchair has made things difficult for him and his family because of his medical checkups.

“Without a wheelchair, I have always been stuck in bed except when I have to go to the hospital but that also comes with complications.

“I thank God for instilling in the hearts of those who helped to assist us persons with disabilities, I consider everyone that have helped as angels.”