In her determination to top her class, Faaiulaufala Eseta Aldor Fuimaono has been named the Year 13 dux of the Samoa Adventist College, Lalovaea.

Her ascent to the top as the college’s high performing student academically was announced at a prize-giving ceremony held at the S.D.A. Hall on Tuesday.

She came first in English, Bible Studies, Computer Studies and Biology and was speechless when she was announced the dux with her parents Dr Aleki Fuimaono and Tepopra Fuimaono among parents and families who also attended the ceremony. 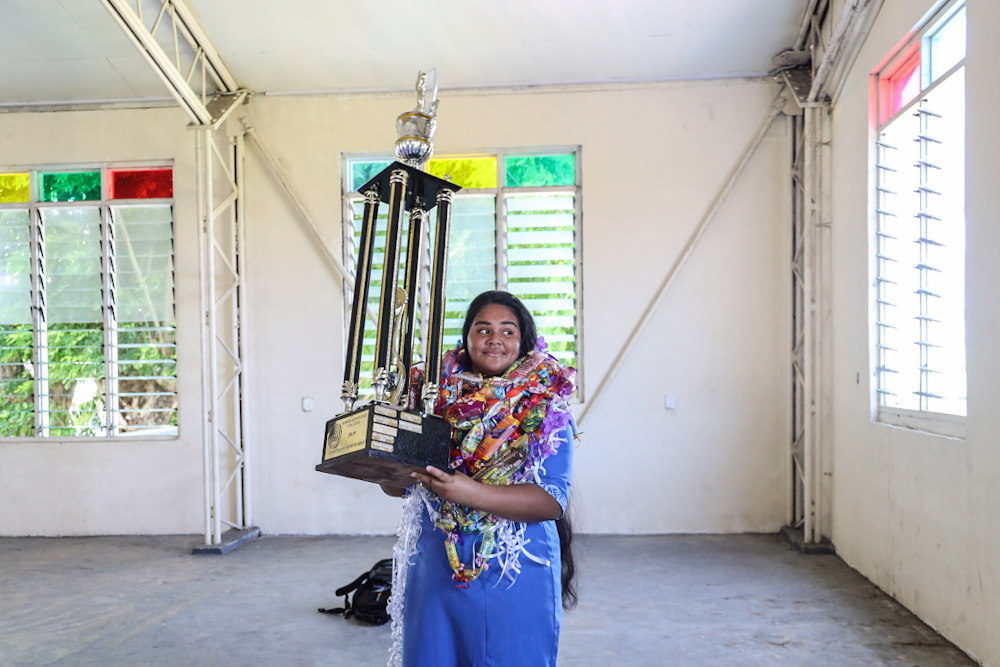 Ms Fuimaono told the Samoa Observer that her goal this year was to be the dux as she had never experienced being first place in her previous years of studying.

"I haven’t told anyone this but it was because throughout my school journey, I’ve never topped a class so I told myself that this year that was going to change," she said.

"Speechless, I never saw this coming but God has been my fuel throughout this year, and he has been amazing and I dedicate this award to him and to my family and yes it’s overwhelming and I’m again speechless and I don’t really know what to say.” 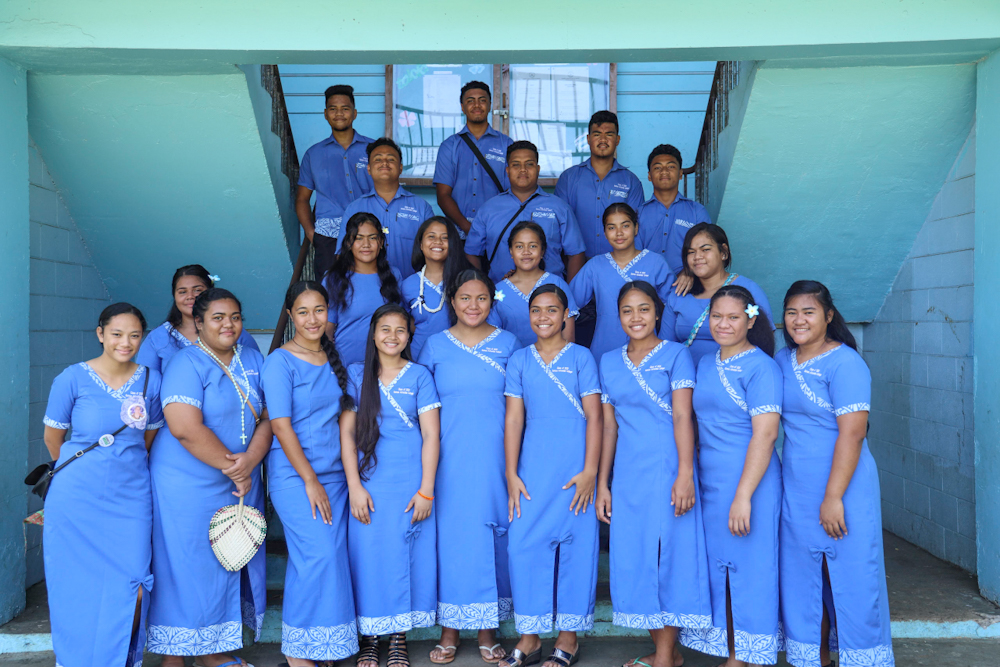 In terms of career prospects, Ms Fuimaono said she is undecided between a doctor and a teacher, and she pointed to the work that her father does as a doctor at the Tupua Tamasese Meaole National Hospital (T.T.M.) which continues to inspire her.

"I’m still not sure but I have two options right now. I want to be a doctor and then one is being a teacher,” she added.

"Growing up I’ve always seen my dad work and it has always been fun with how he deals with certain patients, and I’ve always wondered what it feels like to be in his position, and helping to save people and how doctors have contributed to our community as well." 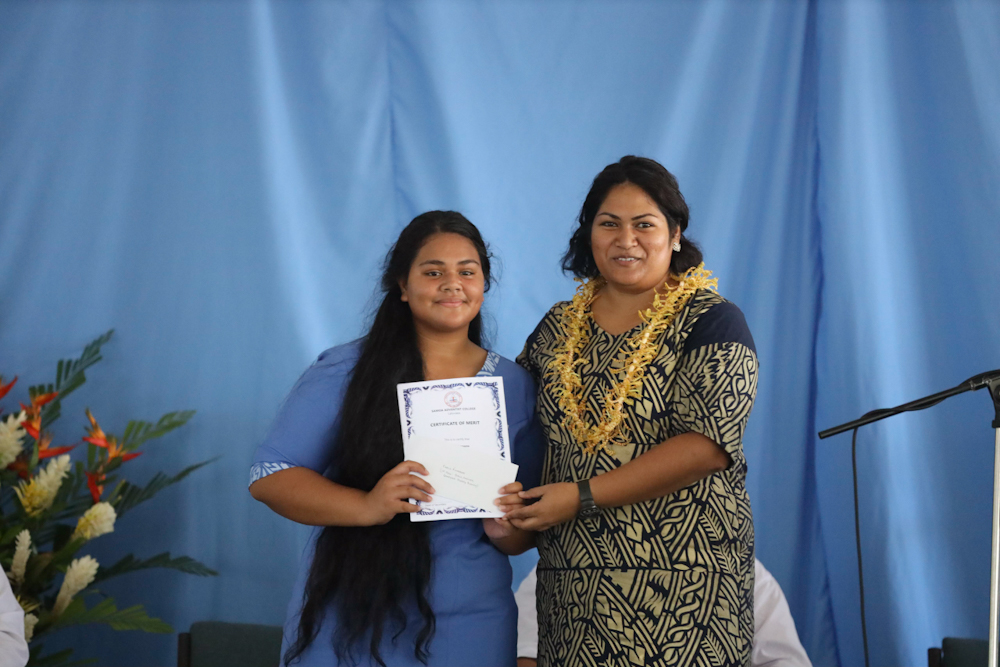 Her decision to take extra tutorial classes at the University of South Pacific (U.S.P.) Alafua Campus has also had its benefits, Ms Fuimaono added as she believes it assisted her with her studies this year.

"I would like to acknowledge U.S.P. I joined last year and I would say it has really helped me as well and coming here, I have a lot of responsibilities when it comes to school, and then there are prefects duties and I have to take up extra classes to keep me on track of my studies.”

And while the COVID-19 pandemic inspired lockdown disrupted classes this year, she said she was determined to overcome those obstacles.

"One of the major challenges that I faced throughout this year was when we had lockdown and that was when I started to lose interest in studies, because we’re always home and there was no motivation and there was nothing motivating me to study and so I would just stay home, eat, sleep and wake up and do the same thing over again," she said. 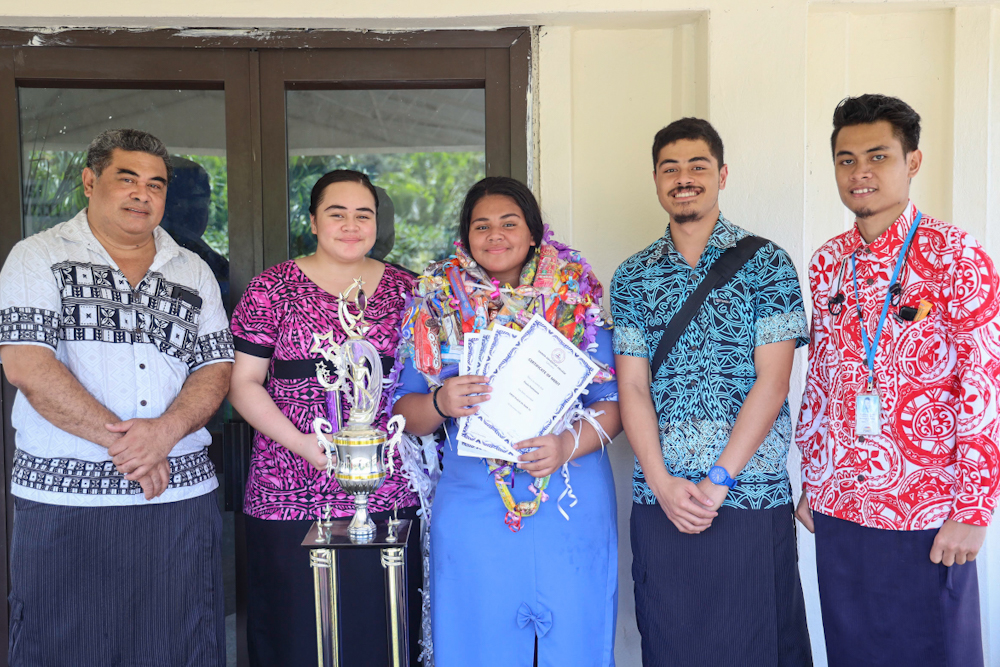 "I found it really hard to get up and complete the work that was given to us during the lockdown and I’m glad that it came to the point where we came back to school and that’s when I told myself ‘no if I really wanted this year to end well and to make my parents proud, I should put in a bit more effort because success comes with hard work’."

Ms Fuimaono added that she is also anxious at leaving as Samoa Adventist School has been the only school she ever attended.

She dedicated her academic achievements to everyone who supported and nurtured her from a young age including her family.