The push to raise awareness on climate change at the village level has been given a $30,000 tala boost courtesy of the British High Commission.

Under the terms of the agreement, the High Commission will fund The Future of the Green Pacific Project to the tune of $30,000 with the Lanulauava Student Association (L.S.A.) leading the project, and the S.C.S. providing technical support and guidance.

The objective of the project is to raise awareness and understanding of climate change and environmental issues at the village level in Samoa, through the mobilisation of students in high schools across the country.

L.S.A. President Grace Ah Young said when they created their association four months ago, they decided to use it as a platform to create change in the communities through the empowerment of youth in climate action.

"As Pacific youth we are resilient by nature; through Lanulauava we wanted to be able to provide a platform for students to share their stories and experiences, to bring together like-minded students who are passionate about strengthening their communities,” she said. “Today marks an exciting season for Lanulauava, in collaboration with Samoa Conservation Society. We are happy to announce the official launch of the project The Future of the Green of the Pacific.

“Our project is a culmination of some of our biggest dreams; never would we have imagined they would come into fruition so soon.

The Future of the Green of the Pacific’ is a partnership project between Samoa Conservation Society and Lanulauava Student Association funded by the United Kingdom High Commission that builds on from the Samoa Green Livelihoods Program while also assisting Samoa in preparation for COP26 next year in the United Kingdom."

Mr Ward drew attention to sustainability and how to live it in a bid to address climate change, and described it as the greatest challenge to the world this century. 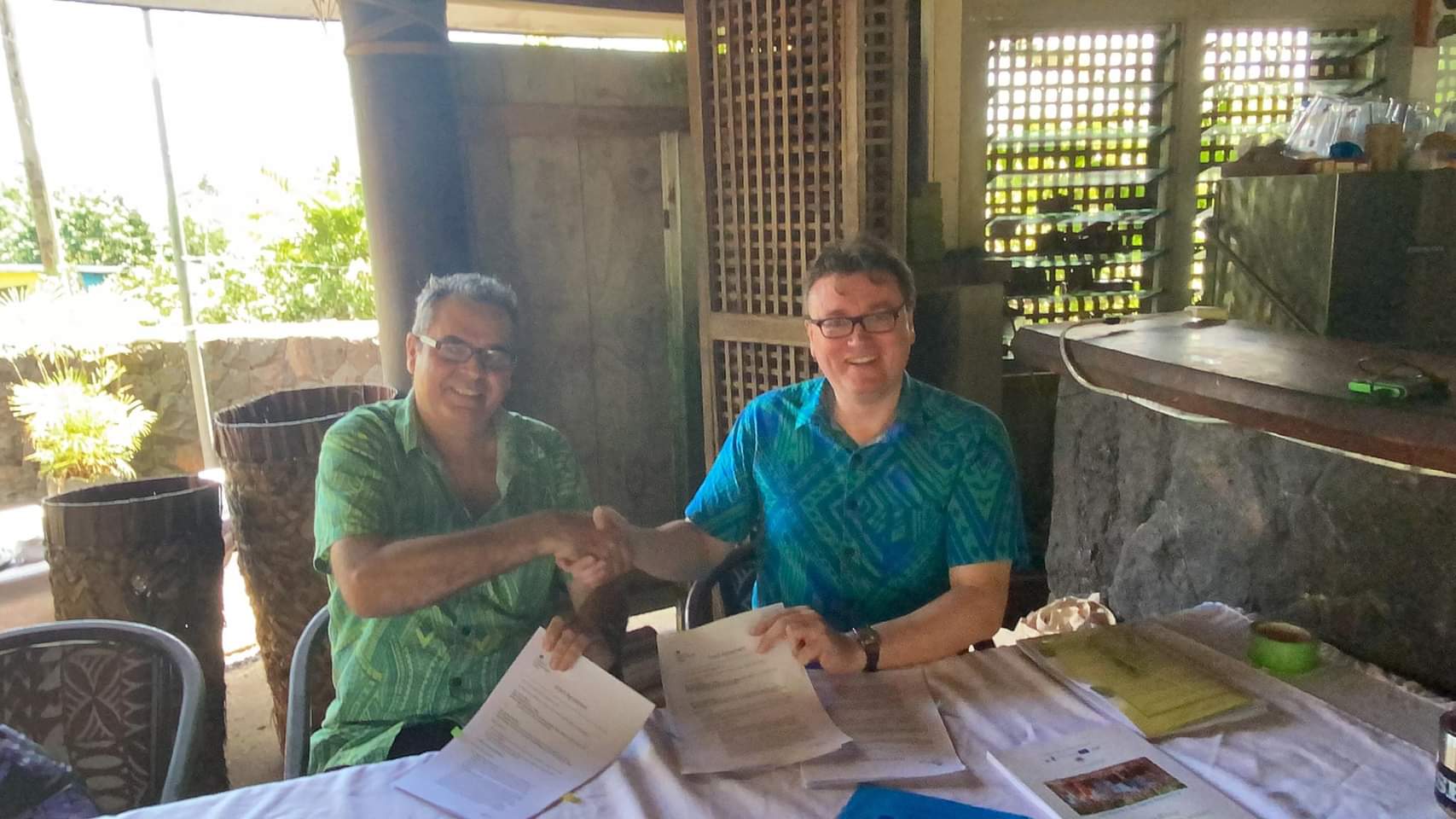 “We each have a role to play in ensuring that we can live here sustainably and I am delighted that the Samoa Conservation Society and that Lanulauava are working together to ensure that the young people of Samoa know how they can live sustainably on this planet," he said.

Ms. Ah Young added that it is a six-month initiative that focuses on climate change advocacy by mobilising youth and equipping them with the tools needed to become climate change activists.

"We want to create a space where students can learn about the science behind climate change, who is responsible, what we can do as individuals to stop it, and how climate change has personally impacted their life,” she reiterated.

A total of 30 high school students including a junior and a senior representative will represent some 15 different villages in Samoa and take part in one-week intensive workshops, which she said touches on environmental issues and the impact man has had on the planet over the years.

The workshops will also discuss practical action to reduce or mitigate the impact of climate change.

According to Ms. Ah Young, the participating students will also take part in environmental audits and carbon footprint assessments, which aim to highlight the key contributors to carbon emissions annually in order to peak the public's interest on practical measures to reduce or offset their own carbon footprints.

“2021 holds so much promise for Lanulau’ava, and we are as equally excited as we are nervous.

“A special mention to the Vice President of S.C.S. James Atherton, coordinator of GL Tuisafua Dave Chung and our N.U.S. lecturer Roberta Fa’asavalu who have been closely working with us these last couple of weeks to make this day a reality.

“It takes a village to raise a child and moving into the year 2021, we hope and pray this partnership continues and only grows in strength and collaboration. Merry Christmas and Happy New Year."

The joint project between the L.S.A. and the S.C.S. and its focus on carbon footprint and the education of young people is part of the United Kingdom’s preparations for COP26, which the High Commissioner confirmed will be next held in the U.K. in November 2021.

Mr. Ward added that if man successfully tackled climate change as a species, then we need to do better than what we are doing now and need the COP26 to be a success as well as set higher targets for all neighbouring countries.