Manumalo picks up the pieces after flooding

Three days after Friday's severe flooding, Manumalo Baptist School in Leone discarded thousands of tala worth of furniture on Monday as it hoped to complete its cleanup before Christmas.

The cleanup process remains far from over, the school’s Principal, Tasi Epati Fata, told the Samoa Observer on Monday.

Dirty desks and chairs discoloured by polluted waters were piled against the school fence which was itself damaged by the flooding. 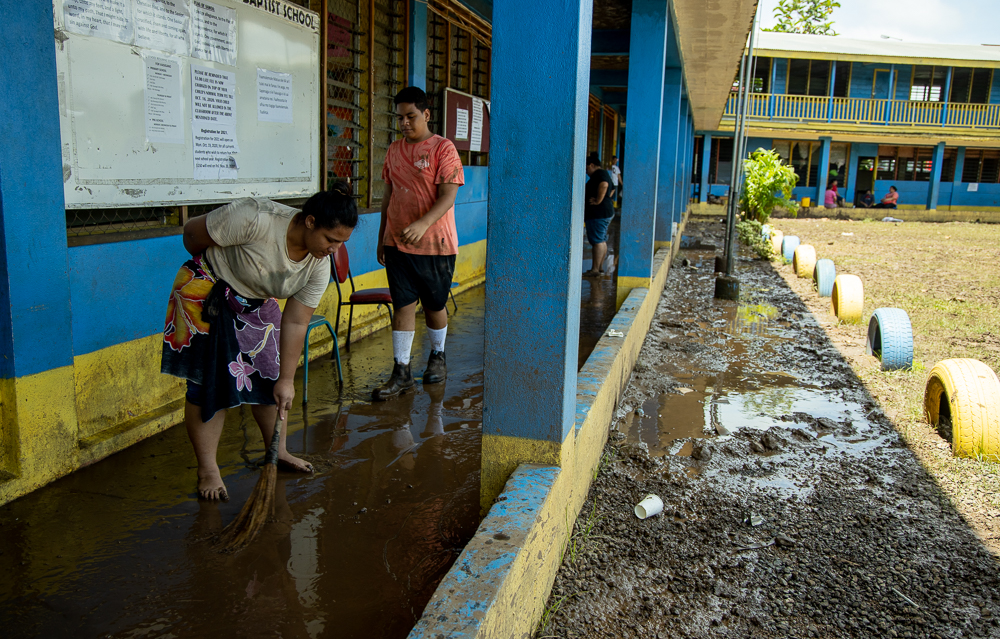 "It has done great damage to the school, especially our furniture. All the desks and chairs you see there, they have been put away because they won't be used again," Ms. Fata said.

"I don't think we can use them again for the safety and health of the children; it's not safe to be used again."

Ms. Fata said they are now praying for good samaritans to offer their assistance for new desks and chairs for students to use in the new academic year.

She said if it wasn't for the border closure and the hardships brought by the global COVID-19 pandemic, her and husband would have normally flown overseas to seek assistance. But that option is not available to the school this year. 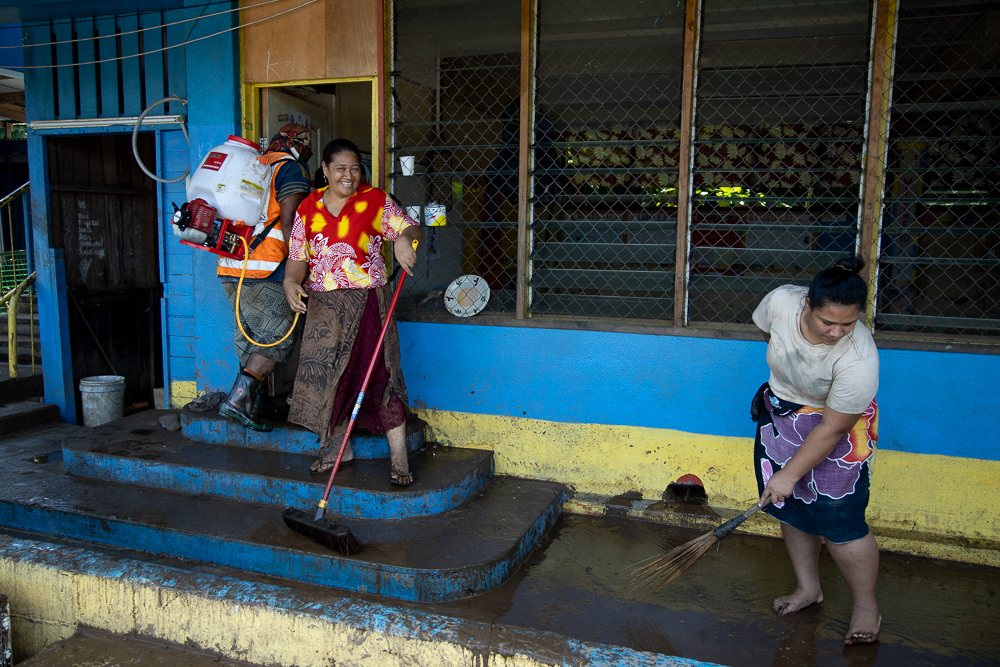 But despite the damage and the task that lies ahead, the Principal is optimistic about what the future will bring.

"No one can deny the Lord's doings and his plans,” she said.

She said flash flooding also severely damaged her family home in Leone on Friday and had forced her family to evacuate the residence.

But their Baptist Church congregation showed up the following day to help clean their home and are now turning their efforts to the school.

Ms. Fata said the school’s administration office was safe from flood damage. But the same could not be said for its learning facilities.

The school lawn was covered in mud and so too were the and outside classrooms.

The school staff and the Baptist Church congregation tried their best to clean what they could while leaving the rest to the Fire and Emergency Service Authority.

More than 200 students have enrolled for the next academic year, the Principal said.