A peaceful protest on Monday called upon the Head of State, His Highness Tuimaleali’ifano Sualauvi Va’aletoa II, not to assent three legislations, passed by Parliament last week, which will reshape the Judiciary in Samoa.

More than 40 protesters, including women and children, gathered outside the Head of State’s residence at Vailele to voice their opposition to the three bills. 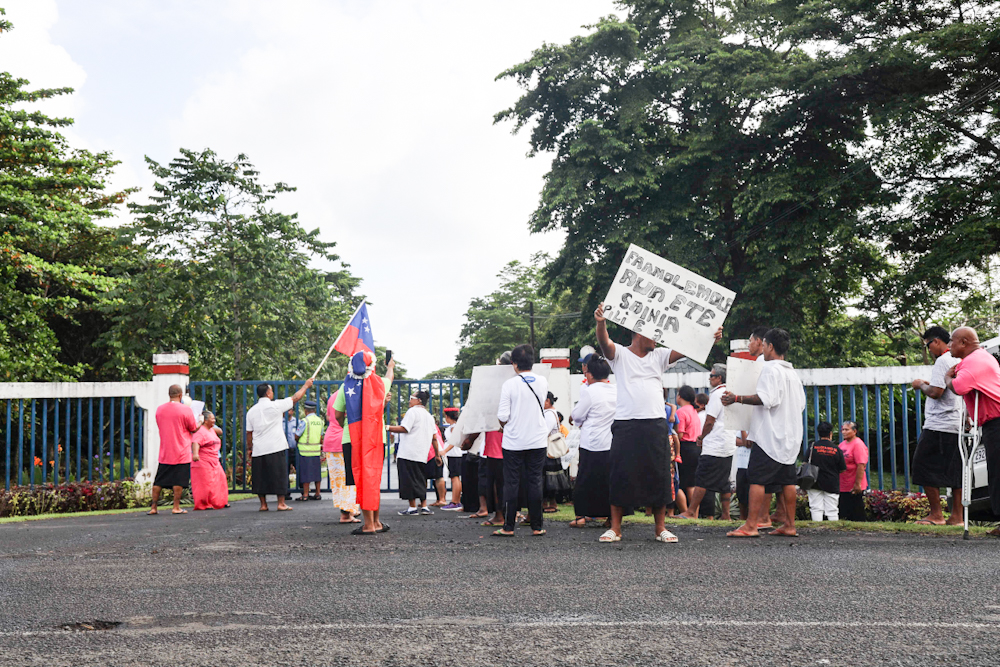 A representative of S.S.I.G. and lawyer, Unasa Iuni Sapolu, said they are asking His Highness not to assent the laws because there was no referendum. The legislations referred to is the Constitution Amendment Bill 2020, Land and Titles Court Bill 2020 and Judicature Bill 2020.

“We believe these three bills are the last nails to the LTRA act and finally dispossess our people of their lands,” she said.

Asked to explain, Unasa said the right to go before the Supreme Court for judiciary review has been taken away and is an “erosion of our rights to stand up”. 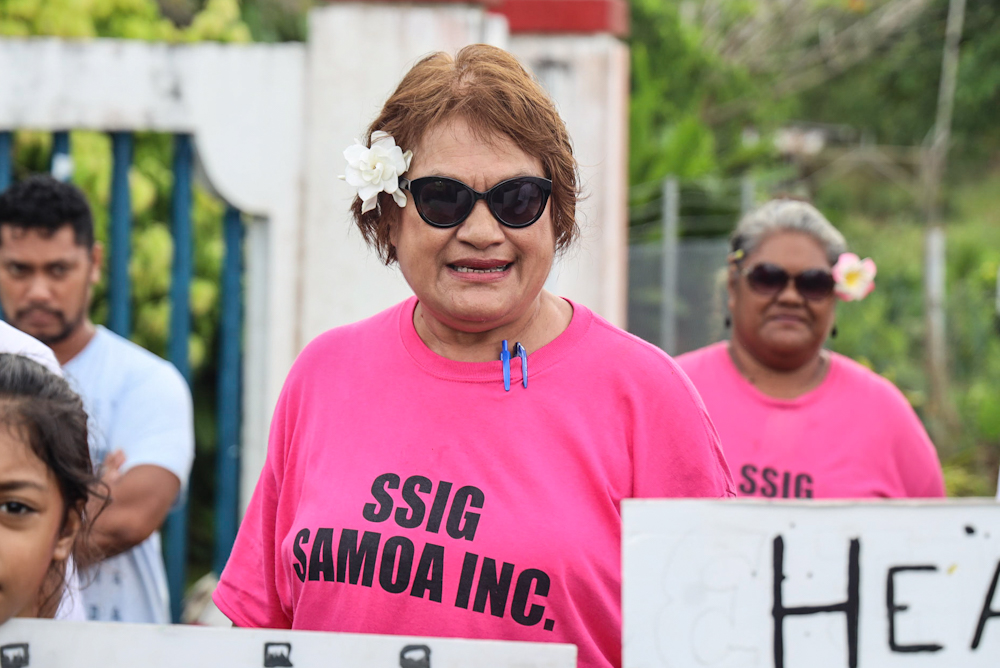 “When you are unhappy with a matter in the Land and Titles Court you have nowhere else to go,” she argued.

“The L.T.C. Court is about land and is about titles because our titles are connected to land. What the politicians are saying [that it doesn’t affect customary lands] is different to the laws that are passed…”

“It’s really sad – the bills for commercialisation…when Samoa cannot repay back there loans they take lands, our valuable assets not money.”

Contacted for a comment, the Secretary to the Head of State, Ulugia Mareko, referred all queries relating to the peaceful protest from S.S.I.G. to the Chief Executive Officer of the Ministry of the Prime Minister’s Office, Agafili Shem Leo. 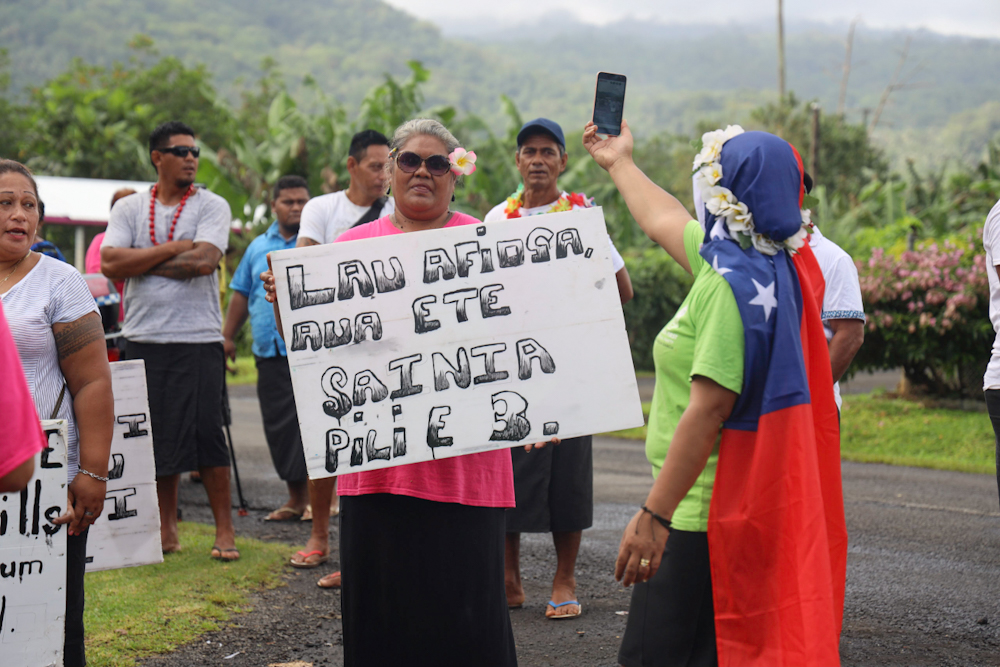 Attempts are being made to get a comment from Agafili.

The protestors had signs that called on the “Head of State don't sign 3 Bills no proper referendum of voters was held”.

Another sign asked the Head of State to "have mercy on our children that will suffer in the future."

The supporters made their plea on the main road as they called out to the Head of State to think again before he seals the law with his signature.

A fleet of close to 20 vehicles and a bus began their convoy from Mulinuu at 7am heading towards the Head of State's residence.

When they reached Vailele the gates to the Head of State's residence remain closed with the presence of police on site.

Meanwhile, the Government has maintained that the three legislations will not affect in any way for the conversion of customary land into freehold land.

The overriding purpose of the Constitutional amendment is to deal directly with the issues of access to legal justice for those who lose an appeal at the Land and Titles Court, the Government maintained.

The Office of the Attorney General in a press release earlier this year dismissed claims that the changes will alienate customary lands describing it as unfounded. 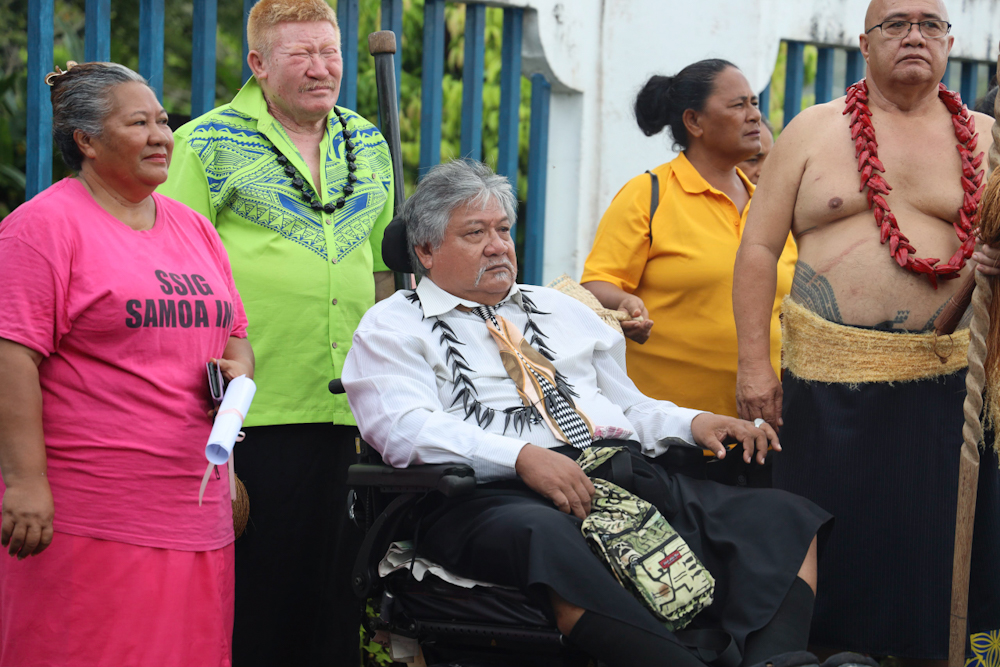 “Article 102 of the Constitution provides that it is unlawful to make any alienation or disposition of customary land or interest in customary land,” the A.G. claims.

“These 2 exemptions are already implemented by the enactment of the Leasing and Licensing of Customary Land Act 1965 and the Taking of Land Act 1964.