The head of the finance Ministry has disputed claims from the Samoa Hotels Association (S.H.A.) that the Government has not done enough to stop the decline of the tourism industry.

The Chief Executive Officer (C.E.O.) of the Ministry of Finance, Leasiosiofa'asisina Oscar Malielegaoi, disputed the claim from the hotel lobby that the Government had not been doing enough to help. 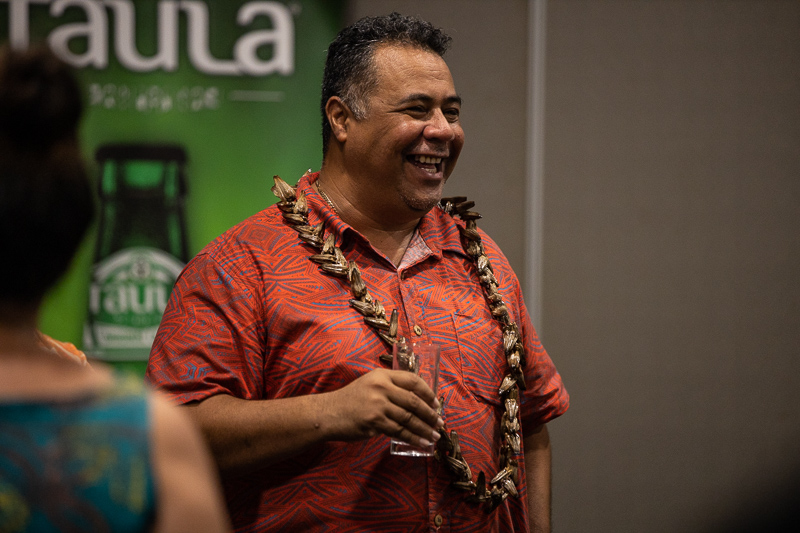 The S.H.A.'s President, Tupa'i Saleimoa Vaai, who also sits on the national Tourism Board, accused the Government of not acting to prevent tourism's slide towards total collapse.

Leasiosio said the Government had clearly made moves to support the industry and the broader private sector.

Leasiosio’s began by noting recently-approved extensions to opening hours for businesses to allow families to spend more money shopping for Christmas and eating in restaurants.

"I'm shocked that they're saying [the Government] has not been helping, when all our quarantine operations, now, we have spent more than $10 million on quarantine," he said.

"In fact, it's close now to $12 million to $14 million, which is a very high cost being spent on accommodating more than 3000 repatriated Samoans, since the start of our repatriation.

"And most of the passengers are taken out to hotels, they get business, and they are served with catered food, there is a very big cash injection from the Government."

Leasiosio also revealed that the Government had spent a total of $3.9 million in subsidies to ease the cost of interest on business loans for the past three months.

"The Government spent more than $3 million paying companies' loan [interest rates of 1 per cent] to four commercial banks, to cover their interest [for] three months," he said.

"To say there is no help... I don't know where [that claim comes from]. Maybe they have forgotten.

"Another request they submitted was assistance from the Government in regards to their employees who have been made redundant, put on leave without pay or [had] reduced hours.

“That's where our unemployment benefit started which started two weeks ago. By now, we have covered most of them."

The finance chief reminded that $2 million had been allocated for the purpose of unemployment benefits, with a priority given to former hospitality employees.

Staff who were made redundant will each receive $300; those placed on leave without pay will get $200 and employees with reduced hours or working part-time will receive $100, the Government says.

Leasiosio added that the Government had recently paid for training opportunities overseen by the Samoa Tourism Authority .

The short term programmes were conducted in collaboration with the National University of Samoa (N.U.S.) and the Australia Pacific Training Coalition (A.P.T.C.).

He said the initiative targeted hospitality employees and sought to improve their skills ranging from customer service to financial management.

To compensate for their travel, food and other expenses training participants received $100 for every week they attended.

Leasiosio said he had cited only a fraction of what the Government had done to support the business community, including the tourism industry.

"Remember, all those in the business community, they also wear that household hat; and as you may know there [was also extensive assistance] for households," he said.

"Not only [were] the interest payments on loans covered by Government [but] basic food item prices were decreased because [duties were] removed, electricity price was decreased by a lot since April until August, water [tariffs] were also decreased.

“With so [much assistance from the Government] that's why I am surprised.

"I do not know how they may be noting down those things in case they do not know that [these are assistance packages] from the Government, but [there is] so much help we have [provided] them."

Hotels are also usually being used for Ministry and State Owned Enterprises' meetings, Leasiosio said; training which would otherwise have happened overseas is being undertaken in hotels to support local industry.

"Remember we space out our assistance; in July, there was the N.P.F. and the increase in pension; and that's the plan of the Ministry of Finance to ensure there is an activity every month instead of one go. So every month there is money injected into our economy," Leasiosio said.

And continuing on hospitality, he said that Samoa Airways was established for the same reason: to promote Samoa as a tourism destination.

"That is the exact reason why the national airline was revived,” he said.

“Since its entry, we all know now we have very low airfares down to $800 which are fares we had not seen in a very long time. That is a way, is an indirect assistance from the Government for the hospitality sector."

The Government's first stimulus package in the second supplementary budget earlier this year dedicated $12.5 million to policies targeting the enablement of the Private sector, including a 6-month moratorium for the Hospitality Sector from N.P.F. and Accident Compensation Corporation.