Peaceful protest calls on Head of State not to assent L.T.C. laws

Those opposing the 3 new laws are asking tje Head of State not to sign the bills into law (Photo: Anetone Sagaga)

The Head of State, His Highness Tuimalealiifano Sualauvi Vaaletoa II, has been asked not to assent three legislations into law that will reshape the judiciary and create an independent Land and Titles Court.

The call was made during a peaceful protest and convoy outside the Head of State's residence at Vailele on Monday morning. Spearheaded by the Samoa Solidarity International Group, the gathering attracted more than 40 supporters including children and women. 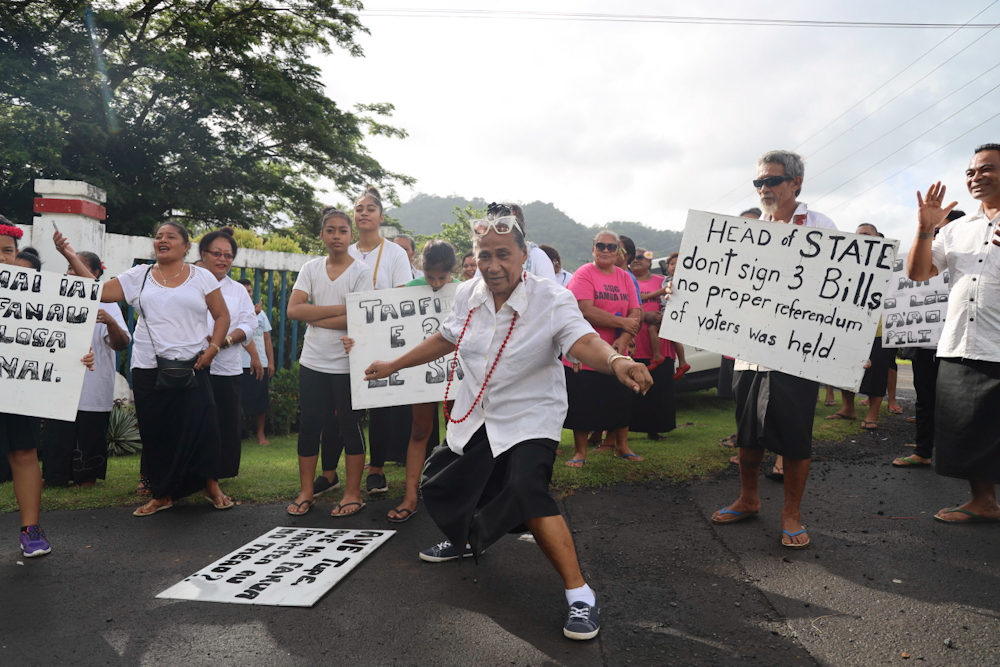 "Head of State don't sign 3 Bills no proper referendum of voters was held," says one of the posters.

Another sign calls on the Head of State to "have mercy on our children that will suffer in the future."

The supporters made their plea on the main road as they call out to the Head of State to think again before he seals the law with his signature.

They are referring to the Constitution Amendment Bill 2020, Land and Titles Court Bill 2020 and Judicature Bill 2020.

A fleet of close to 20 vehicles and a bus began their convoy from Mulinuu at 7am heading towards the Head of State's residence.

When they reached Vailele the gates to the Head of State's residence remain closed with the presence of police on site.

The crowd caught the eye of travellers as they wave around their posters and call to demolish the newly passed laws.

One of the supporters who claimed she made contact with the secretary of the Head of State say they have been told that they are to make an appointment. 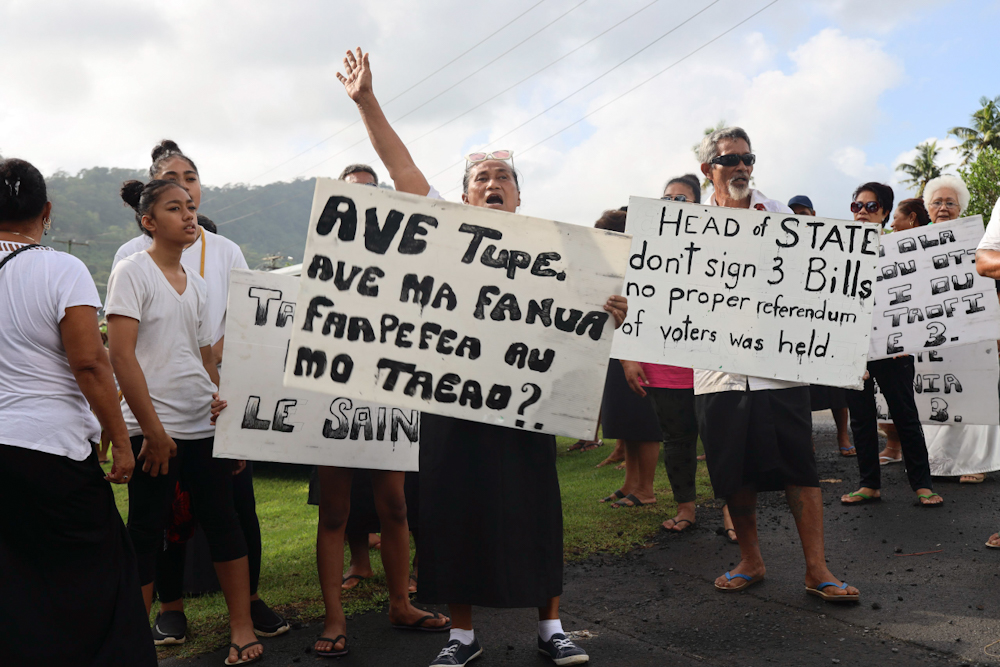 She told the crowd that the secretary is trying his best to fit them in the Head of State's schedule.

One of the protestors said the Head of State is their last resort and hope he will do what is right and not sign the bills into laws.