A man was rushed to the Tupua Tamasese Meaole Hospital after he was allegedly involved in a crash with a white van at Tuana'imato on Monday.

Neither of the van’s occupants were injured in the car crash which occurred before 8.30am.

In an interview with the Samoa Observer, the driver of the hit van claimed she was turning into her mother’s driveway when a blue pick-up truck crashed into her vehicle from behind. 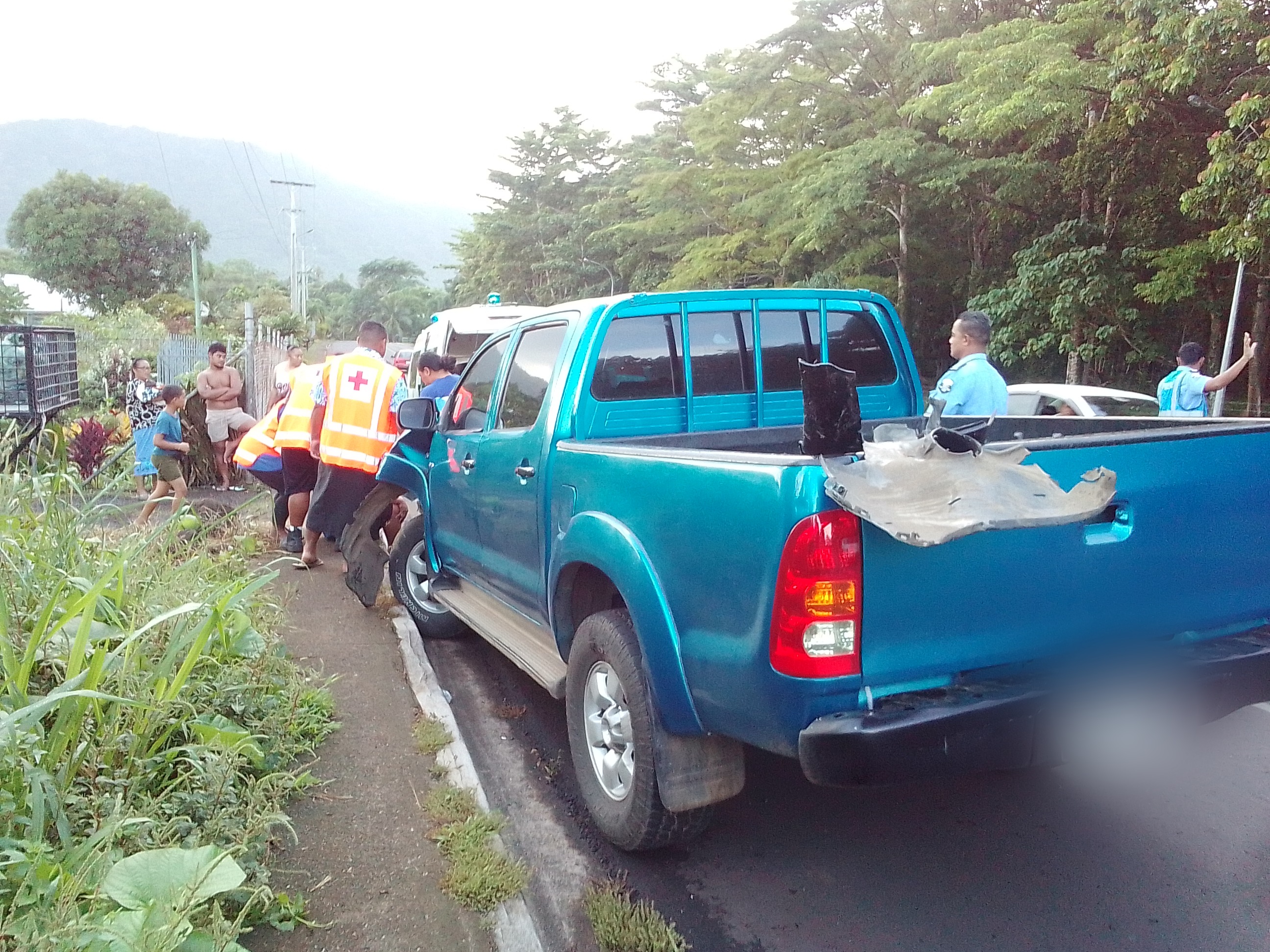 The force of the impact consequently caused her van to smash into a brick wall outside the home, the woman, who declined to provide her name, said.  A metal rubbish stand was also knocked over in the collision.

“I was turning into my mother’s home to drop off my laundry and he smashed into the back of my van,” she said. 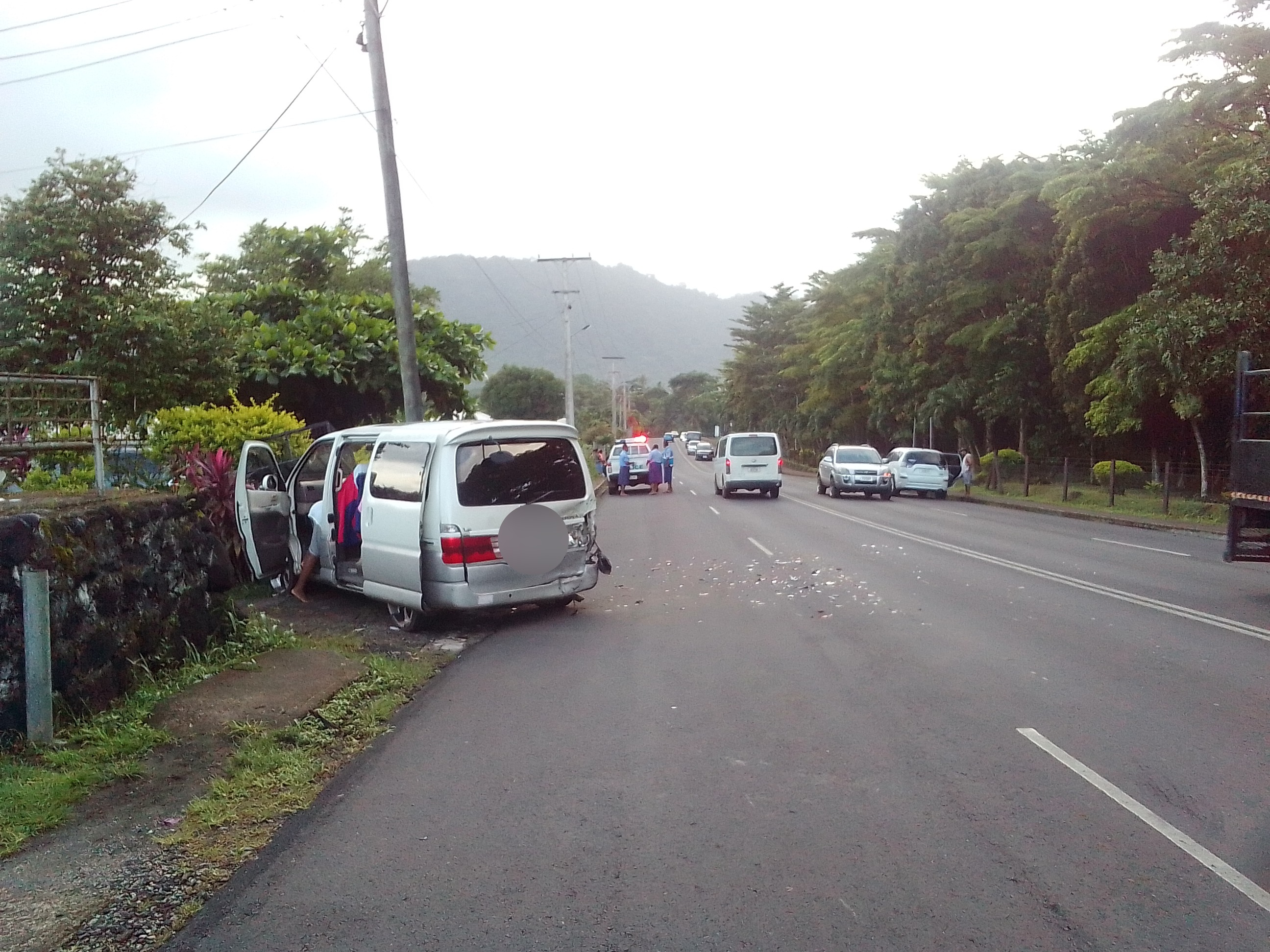 The crash slowed traffic in the area. Police arrived at the scene to investigate the incident and direct traffic.

The driver of the truck was seen sitting on the curb with a brace around his neck while receiving medical treatment from the Red Cross.

The driver was transported to the hospital by ambulance.  Officers with the Ministry of Police, Prisons and Corrections were on the scene but refused to comment. It has not been possible to obtain a condition update on the injured man.