Samoa
A shot of the building looking from the road (Photo: Aufai Areta Areta )

Firefighters from the Fire and Emergency Services Authority have been called to the Vaitele industrial area to fight a burning warehouse.

The building is Digicel's Storage Warehouse. 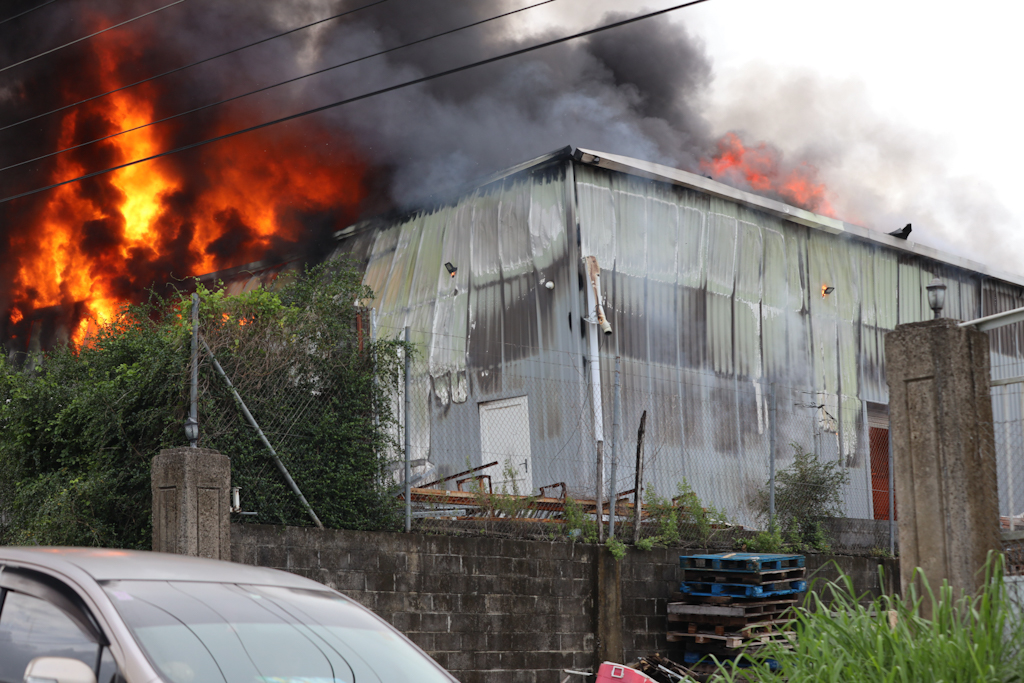 Shots taken at the building shows the front part being on fire, with F.E.S.A. working desperately to stop the blaze from spreading to a neighbouring warehouse.

Within minutes of arriving the hoses were on full force. After 10 minutes of firefighting the flames were significantly lower, and by 7pm the black smoke had turned white.

The warehouse, largely made of corrugated iron, collapsed from above and from the front. Flakes of an unknown material flew above the building.

The Police have closed off the road to prevent members of the public from getting in the way of the emergency workers.

Sapeer Mayron is on the ground and she contributed to this developing story.