Sunday clean up for flood-hit business

There was no Sunday rest for the Owner and workers at one of the businesses at Fugalei devastated by Friday's flooding.

The A-Mart store Fugalei was among many businesses damaged by floods with Owner, Mingxia Sun, estimating the cost to be $200,000.

Ms. Sun, her staff and members of the community were at work on Sunday, cleaning up the building. 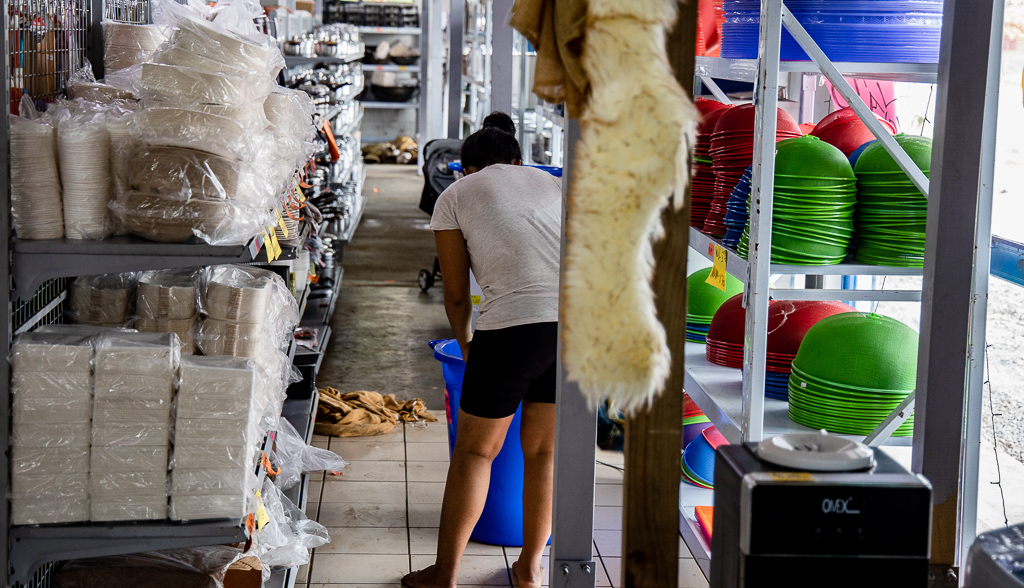 The general stock was damaged by the flooding and according to Ms. Sun, it will take them 2 to 3 weeks to get back on their feet. 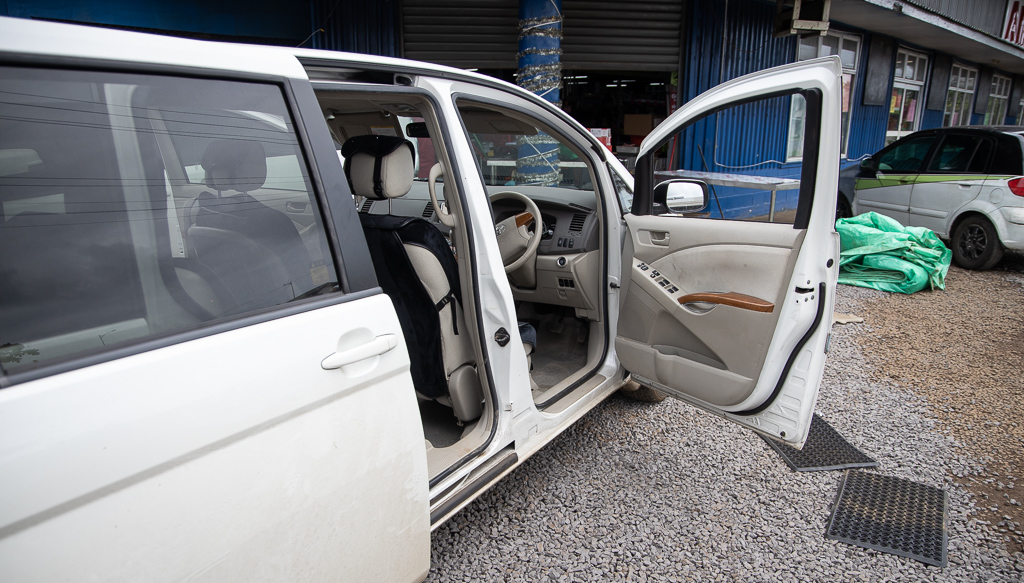 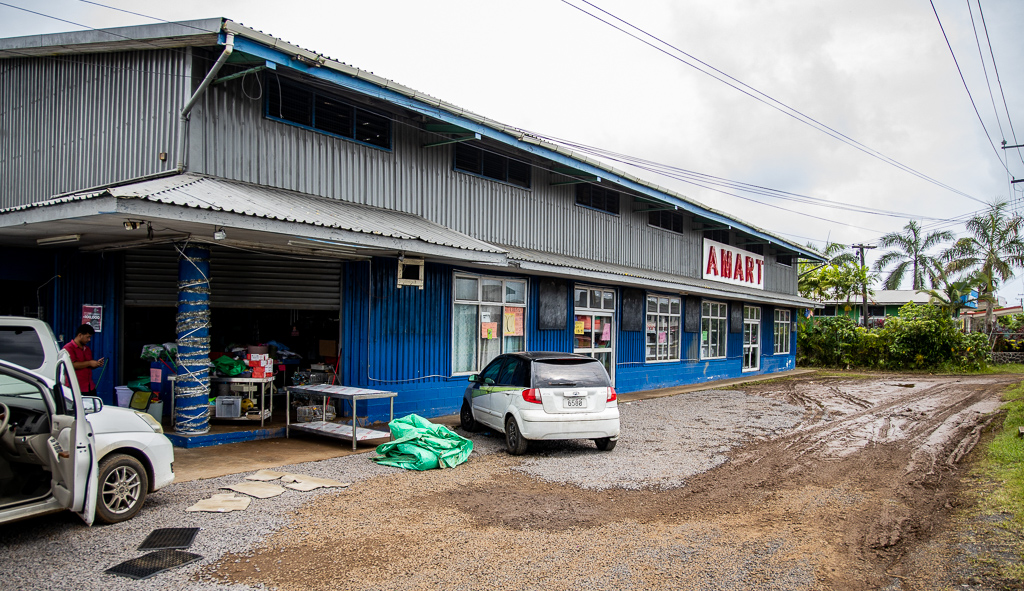 Despite the damage to her business, Ms. Sun continues to show positivity and has started to fix the damage by starting a Christmas sale which will start on Monday until Christmas.

She was unsure if a clean-up of her business could be carried out on Sunday but according to her, the staff had contacted her that they would like to come over on Sunday to clean up the building. 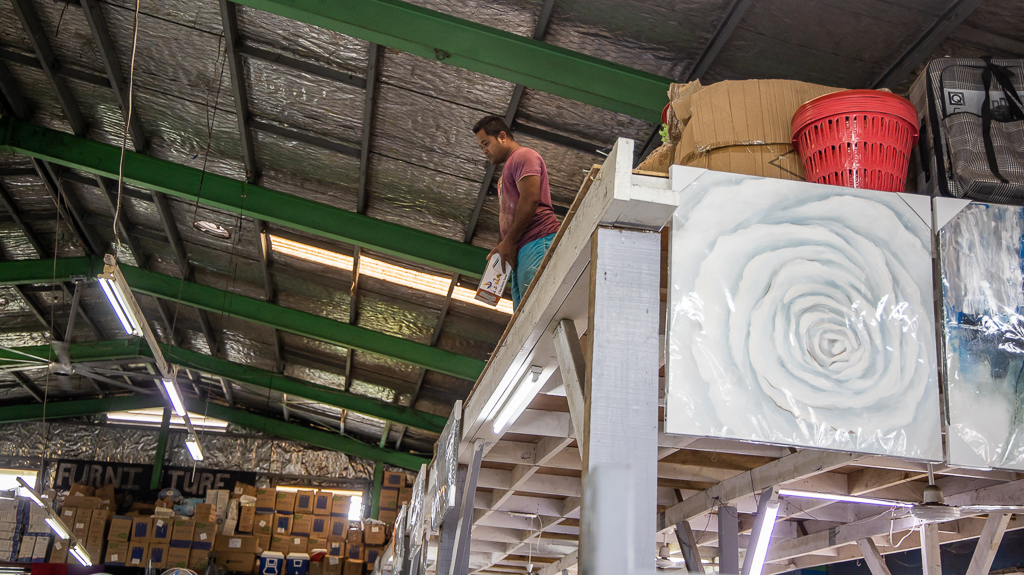 “The staff actually called us to pick them up to ask if they can come and help clean up,” she said.

When asked if the staff will get paid for the clean-up on Sunday she said: “Yes, I will pay them double time."

Members of the community had also offered to help with the clean up on Sunday and she had appreciated the support she was given. 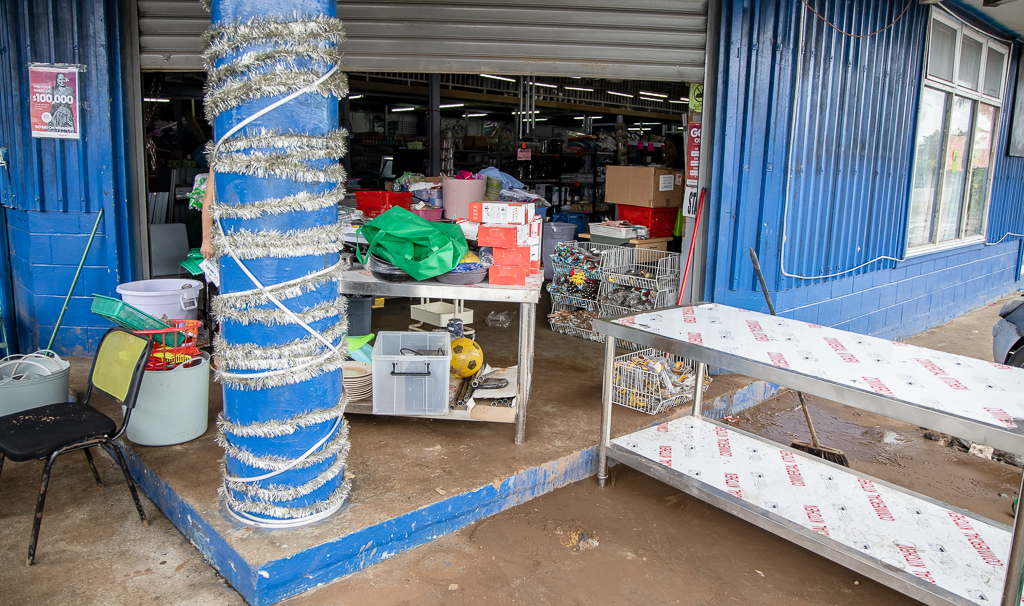 Mud had covered the parking area in front of A Mart and Ms. Sun was also thankful for the assistance of Ah Liki construction in providing rocks to cover up the mud and for the assistance of Rokos restaurant and Sheraton Beach Resort for sending their staff to help with the cleanup efforts.