No time to waste as Government officials and a resident move to clean up debris (Photo: Anetone Sagaga)

Giving an update on the restoration work that the various Government agencies have undertaken since the heavy rain and flooding, Agafili said at a press conference at the N.E.O.C. Headquarter at Tuanaimato on Saturday that all essential services have been restored for residents on Upolu and Savai’i except water to some areas.

“They [Samoa Water Authority] are currently working on it and it is likely to take up to 24 hours to 48 hours until water supply is back on,” he assured.

“There was a lot of damage from tree logs and big rocks and not to mention a lot of other sharp objects. 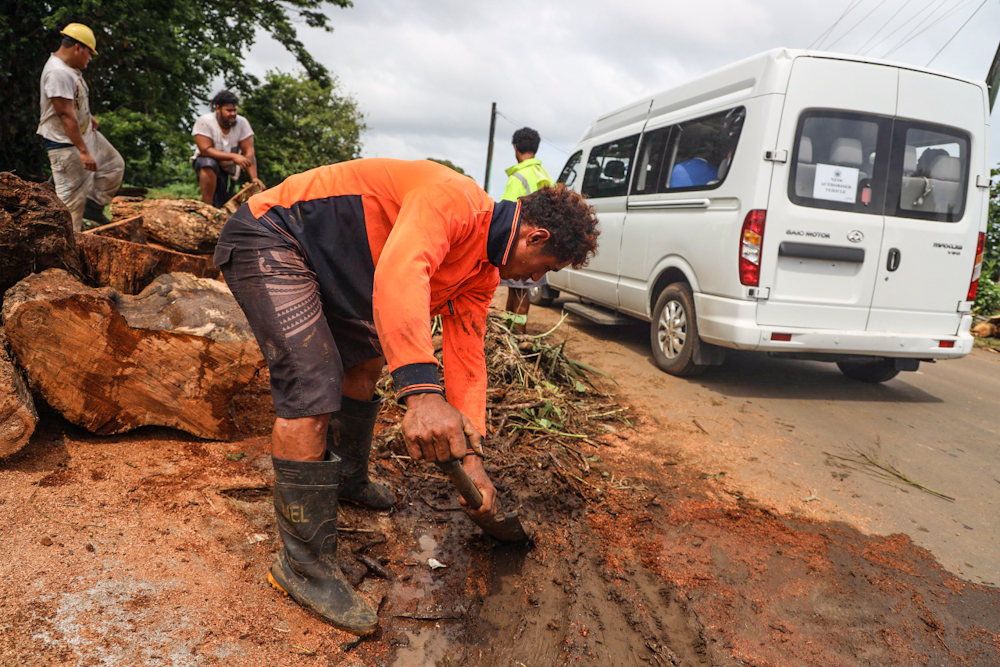 “We ask the public for their patience as the C.E.O. of Water Authority and her staff work towards fixing the main pipelines.”

Other than some areas in Apia, notably from Vaitele to Siusega, the rest of the country has access to the water supply.

Families should not be worried, added Agafili who said there are water-cart trucks delivering water to households for free. Families are encouraged to contact 997 for the free water truck delivery and are advised to boil water before drinking as a precautionary measure.

In relation to people who have been moved to evacuation sites, there are currently 53 people displaced and are at the shelter after their homes were destroyed by flash floods on Friday morning.

Agafili said 25 of them were placed at the National University of Samoa and 28 others sought shelter at the Tuanaimato gym 2. Those affected include children, elderly people and relatives who no longer felt safe in their homes after Friday’s disaster. 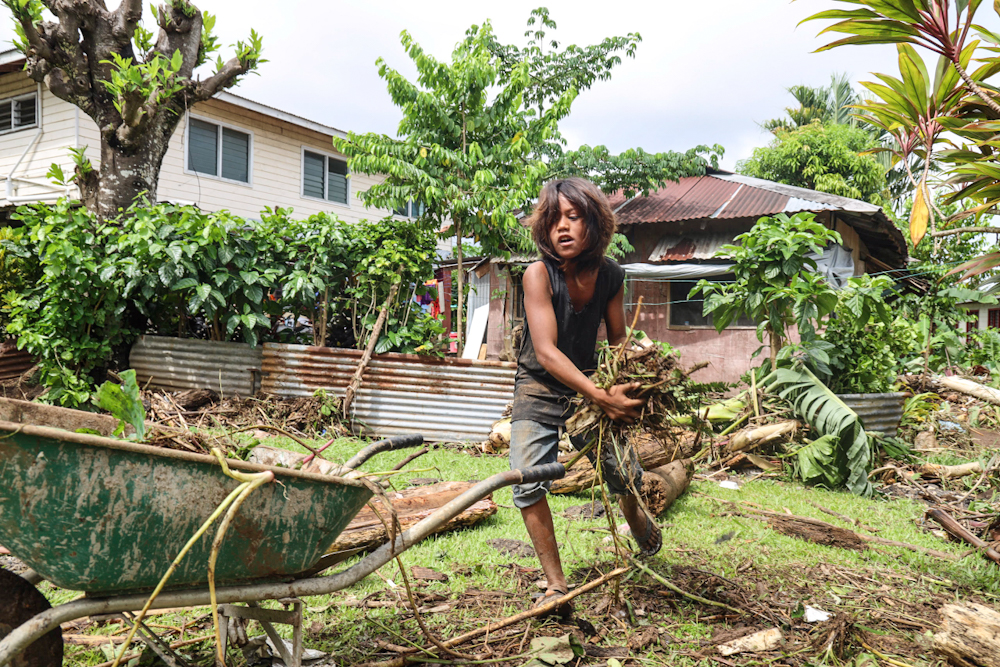 The N.E.O.C. together with the Red Cross and other stakeholders are providing food, shelter and other essential needs for those in the makeshift sites to ensure they are comfortable.

Agafili said he is thankful to God that flooding and the continuous rainfall took a breather after Friday, giving residents time to clean up and pick up the pieces.

An inspection from the Committee was carried out on Saturday morning to assess the damage, identify and confirm the vulnerable areas as well as the impact.