Moamoa Fou residents have recounted their horrifying experience last Friday when heavy rain and flooding led to one family losing half of their land to strong river current.

Francis Ioane, 41, of Moamoa Fou and Afega recalled feeling fearful after seeing his Samoan fale and plantation getting washed away by ferocious flooding.

Due to growing fear that their family home, which now sits on the edge of the river bank, will be lost they decided to pack their belongings and relocate to their neighbour’s house. 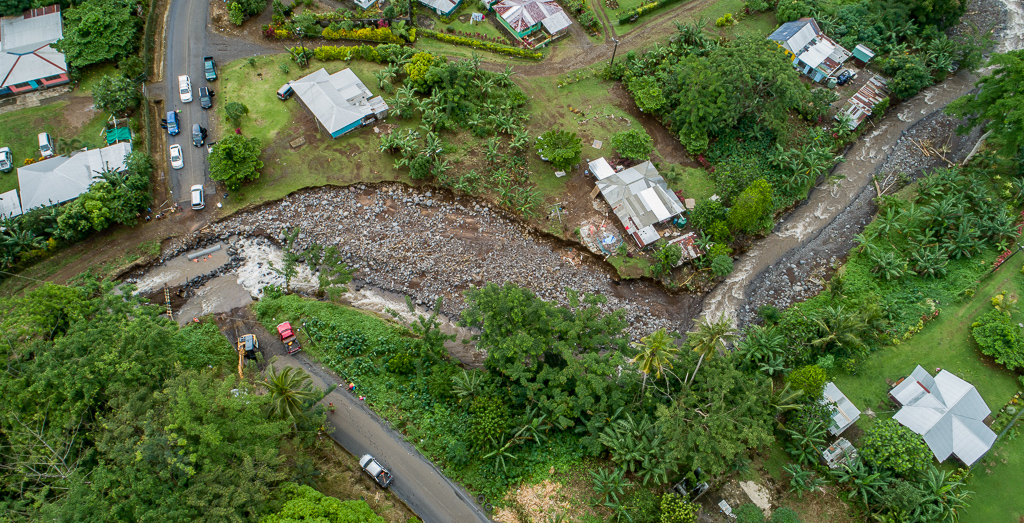 “There was some damage from (the 2012) Cyclone Evan but this flooding was a lot worse,” he said. “We saw the river rising and basically eating away half of the land and bringing a lot of logs and rocks.

“I was worried that if the flooding continues we won’t have a home to live under during Christmas.”

Although the family’s main house was spared, Mr. Ioane said property didn’t escape the river flowing through it.

He said he felt hopeless and couldn’t do anything except to pray for the rain to stop and the river to subside.

“We are just thankful that it stopped because if it didn’t you wouldn’t see our house standing there right now,” he added.

According to the 41-year-old, his parents had moved on to the land that was gifted to his mother by the Catholic Church. 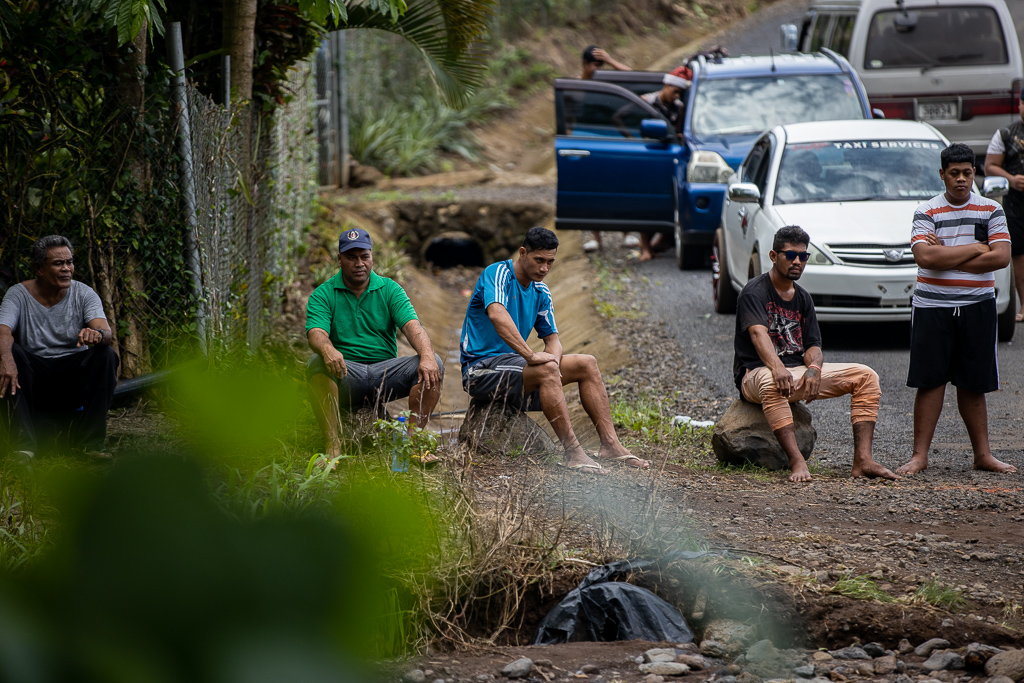 He said his mother Tupe Saoaiga had worked for the church as a deacon for many years.

“We now see that the land we are living on is not safe for us in the future and we are proposing to ask the church for another inland piece,” said Mr. Ioane. "Our house is badly damaged inside from the river and heavy rain...but we will pull through and will have to move forward from here on."

Another Moamoa Fou resident, Anna Savaiinaea, also spoke about last Friday’s weather and says it was unlike any other disaster she has experienced in the area.

Ms. Savaiinaea said for the years she has lived there they did not worry about being affected by flash floods.

“But after Friday we have come to realise that we are one of the first hit by flooding from the river,” she added.

The flash flood was so strong that a cemented ford was washed away in the area. Ott Construction has constructed a single lane access to allow the resident to cross the river.