A precarious wooden bridge hanging over raging river water briefly became the centre of a funeral service on Friday morning as five pallbearers crossed it through hard rain.

The funeral service for Leao Vaeafe Sapati Leao at the Congregational Christian Church of Samoa (C.C.C.S.) at Lalomauga was captured live on video.

The scene was shared on the Facebook page for L.N.S. Funeral Services.

In the video, a man is heard advising the pallbearers to remove their footwear because the bridge was slippery.

“Take off your shoes because someone might slip,” he instructs the pallbearers.

The men carry the casket onto the bridge and two men are seen crossing over the bridge from the other side to meet the pallbearers.

“Go slowly,” another is heard saying.

The person who captured the video, a member of the L.N.S. the crew is heard saying:“We have arrived.”

“It’s a bit difficult because the water has to be crossed,” the man said.

“The water here is bursting in Lalomauga.”

The waters roar as it rushes swiftly below the men carrying the casket.

They completed the task in a little over two minutes.

Shortly after the pallbearers had crossed the bridge with the casket, funeral-goers are seen crossing the bridge.

After the casket crosses the bridge, a bell is heard chiming in the background.

A woman is seen carrying a child, others fine mats, their slippers, and bouquets across the bridge.

Another person crossed the bridge with his bicycle. 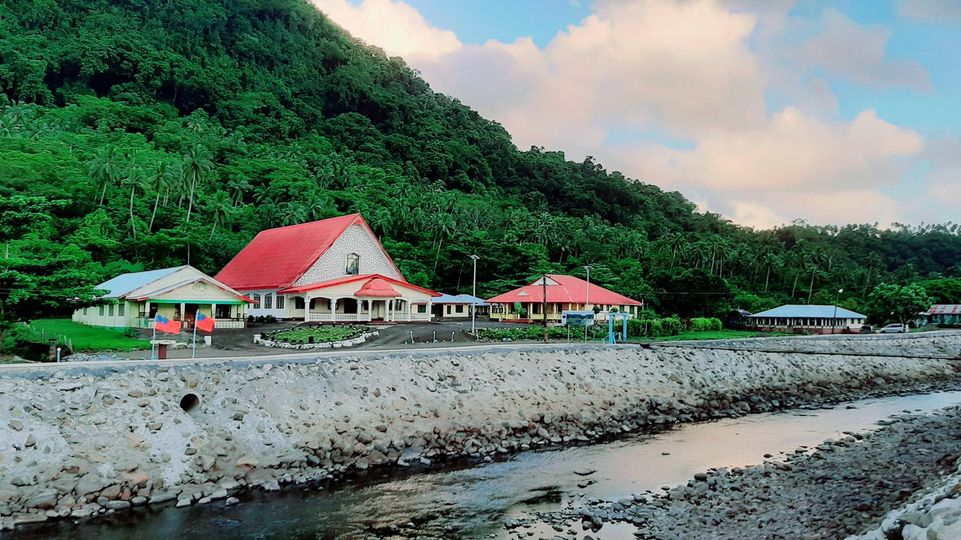 “You have to be very careful on this bridge,” the videographer says.

“Especially children. It’s a good thing this morning to have this update from this part of the country, here in Lalomauga...this bridge, especially on days like this you cannot be careless because if you fall – look at that water, it’s awfully powerful.”