Staff cleaning up the check in area of the airport. (Photo: Aufa'i Areta Areta)

The $147 million tala, the state-of-the-art Faleolo International Airport was flooded early Friday morning, as a result of the heavy flooding that struck much of the nation on Friday.

The airport was closed and all flights were canceled, including planned replacement domestic services to Savai'i to make up for canceled ferry trips. 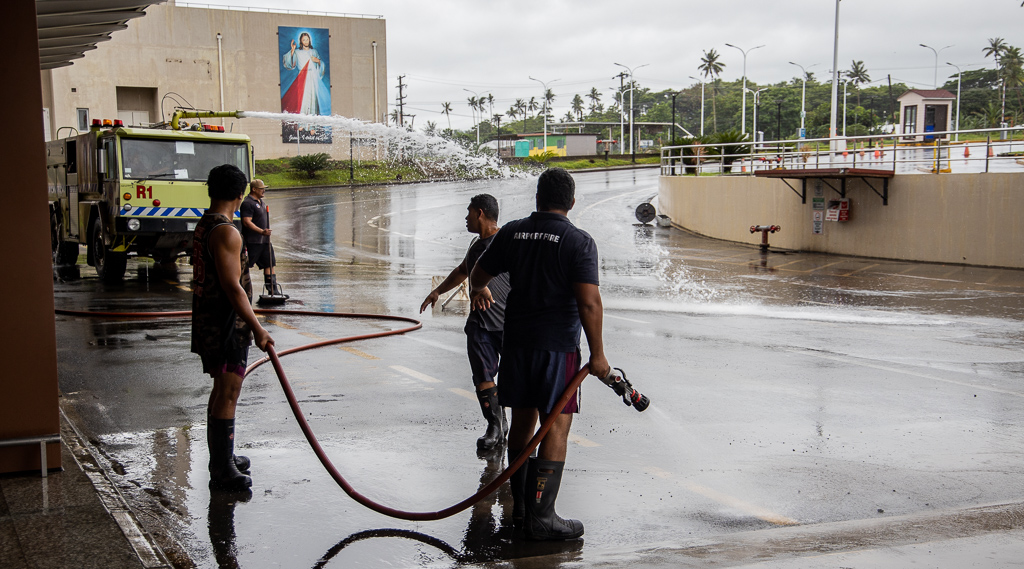 A video went viral online showing the check-in area of the airport flooded, and water overtaking weighing machines at the terminal's check-in area.

The Samoa Airport Authority, Silimana’i Ueta Solomona and the Minister of the Airport, Papalii Niko Lee Hang did not respond to emails and calls for comments regarding the damages as a result of the flooding.

Flooding at the area near the airport is unusual. And it comes after the Government earlier this year said it had taken receipt of a Japanese-led technical study that suggested that the newly-opened piece of infrastructure was vulnerable to sea-level rises.

The Samoa Observer arrived at the airport on Friday and saw more close to 20 staff cleaning out debris inside the terminal. 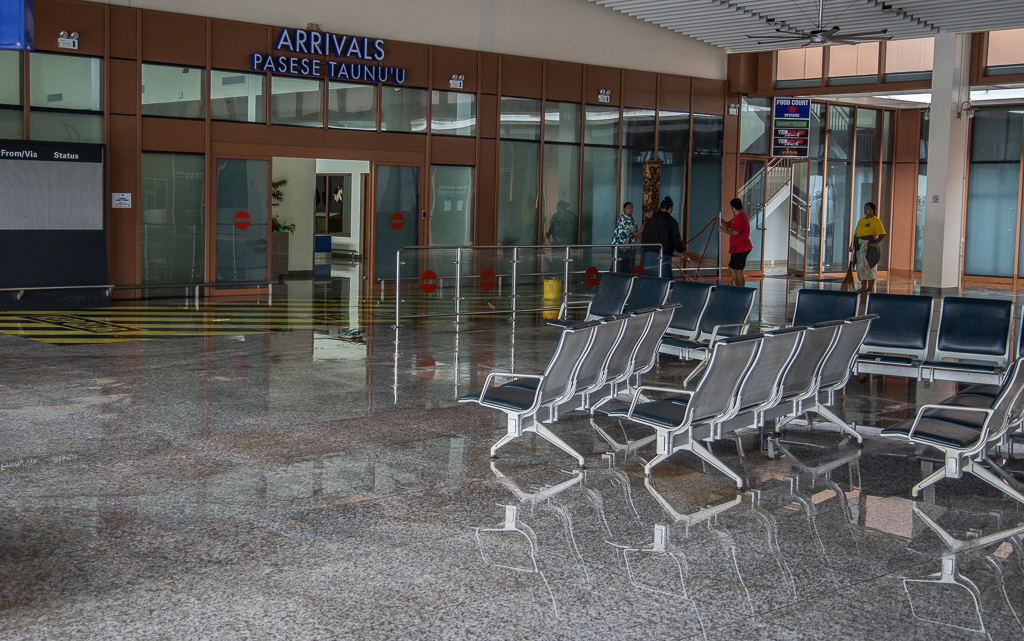 On the outskirts of the airport, a fence surrounding its boundaries in Satapuala had been taken down by debris which included huge logs and rocks that had pierced the fence.

In April, Silimana’i confirmed that a research team from Japan said the Government was aware of an elevated future risk of damage to Faleolo due to climate change, hence the importance of the Government’s investment into the Ti’avea Airport. 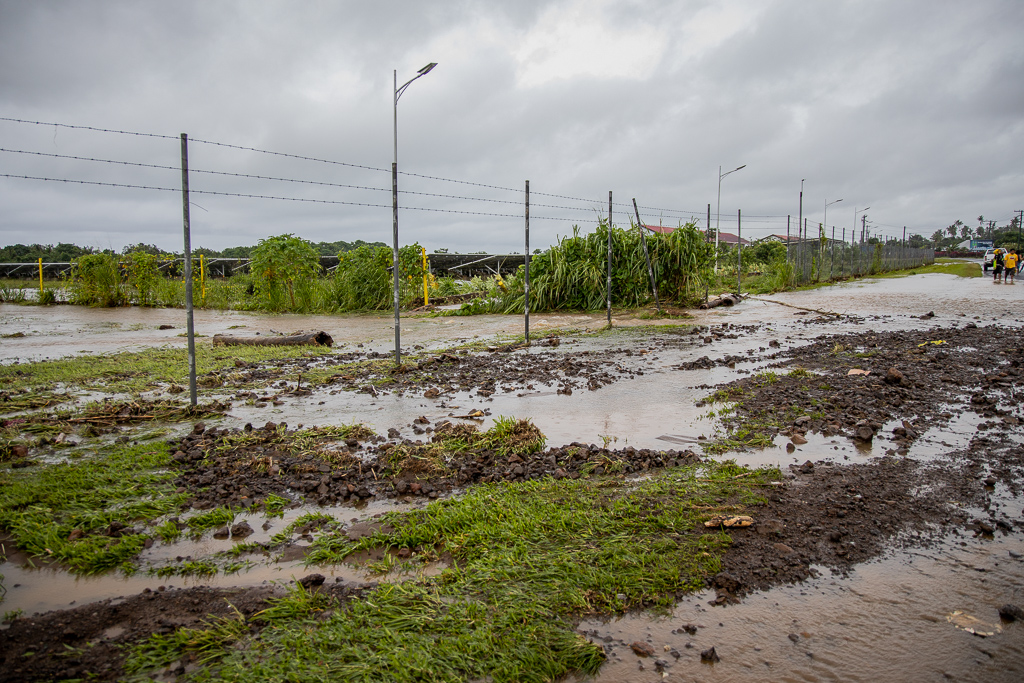 Silimana’i told the Samoa Observer at the time that plans to turn the Ti'avea project, which has been plagued by budget variations, into a fully-fledged alternative international airport necessitated another new contract variation.

But will now spend an additional $190,000 on expanding the runway to ensure safety standards are met and so it can function as an alternative airport. 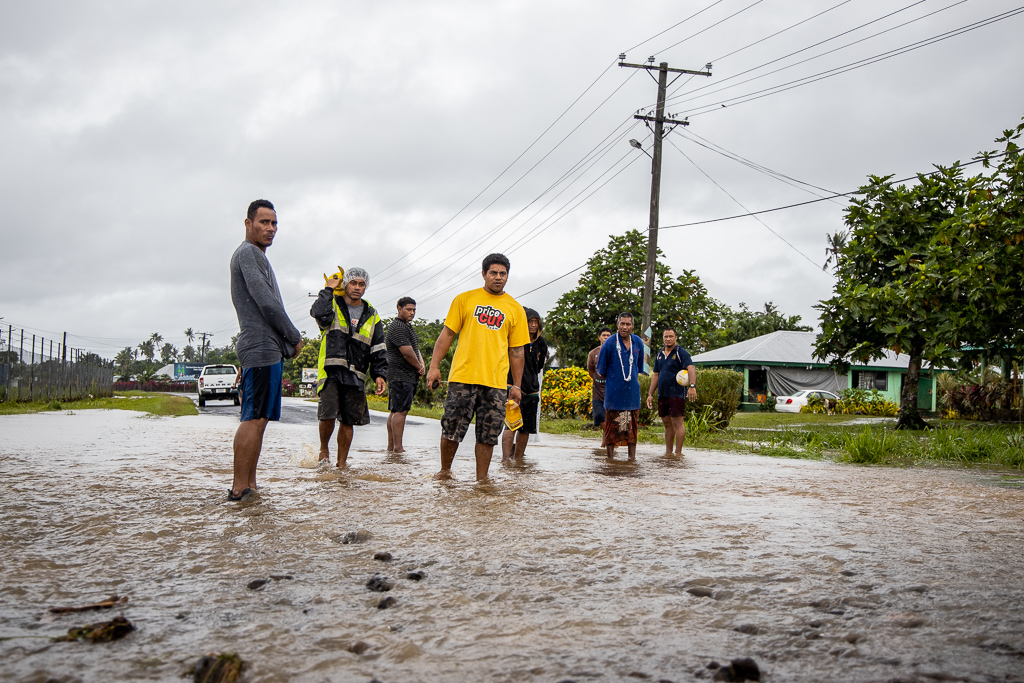 “The extension of Tiavea came about after initial findings of a report being prepared by a research team from Japan stated an elevated risk of Faleolo being inundated from wave action during cyclones due to its proximity to the sea," Silimana’i said.

He explained that such occurrences would render Faleolo airport unusable for extended periods of time.

(The Government later had to defend its million investment into Ti'avea after a Weekend Observer investigation revealed that its runway was some three times too short to land a standard international plane such as the kind used by the national carrier.) 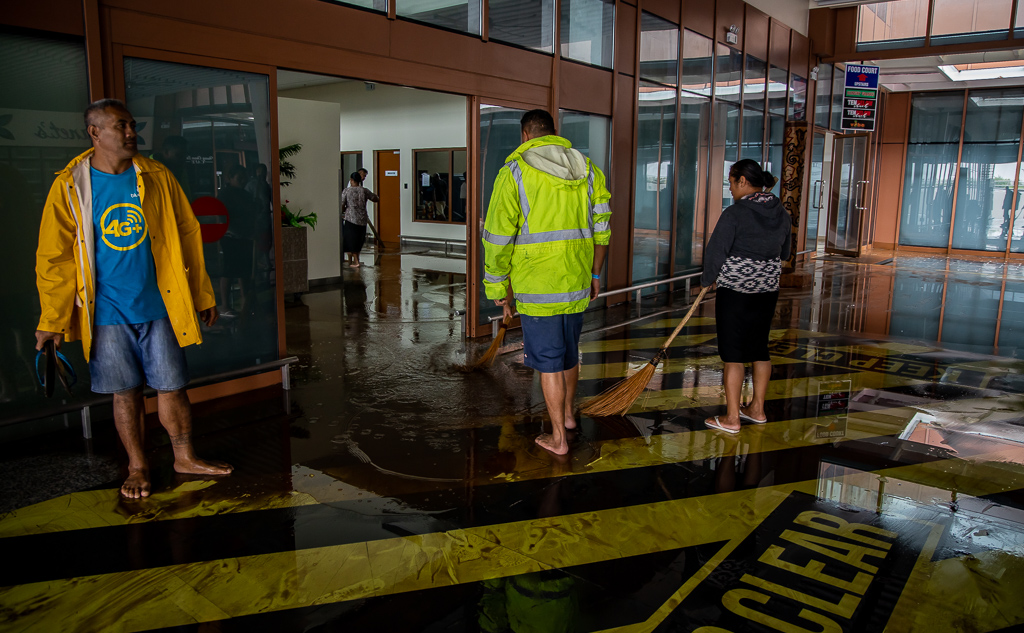 “Government believes that whilst works are ongoing at Ti’avea, it is the ideal time that the overall airport planning considers an extension to ensure that an alternate is available for continuity of air operations,” said the C.E.O.

The upgraded Faleolo International Airport was opened in 2018 and the state-of-the-art facility has since seen the addition of two aerobridges among other improvements, which was all part of the Government’s plan to make Samoa the “aviation hub of the South Pacific.”

Funded by China, that country’s Ambassador to Samoa at the time, Wang Xuefeng, boasted that the new Faleolo International Airport had “become the best international airport in all the Pacific Island countries.”