After witnessing her older sister being declared the dux of Samoa College in 2014, Sulia Wallwork wondered what it would be like. On Friday she found out for herself.

“I always thought of my sister’s dux [achievement]. When we all went to my sister’s prize-giving, I knew she was the dux but I still felt scared for her, like was she going to [be the college] dux, and I was so scared, my heart was actually beating for her,” Ms. Wallwork recalled in an interview with the Samoa Observer.

“I couldn’t forget my family’s response when they called out the dux and she walked off the stage and we were all so happy and my parents were crying, my grandparents too and were kissing her, hugging her. 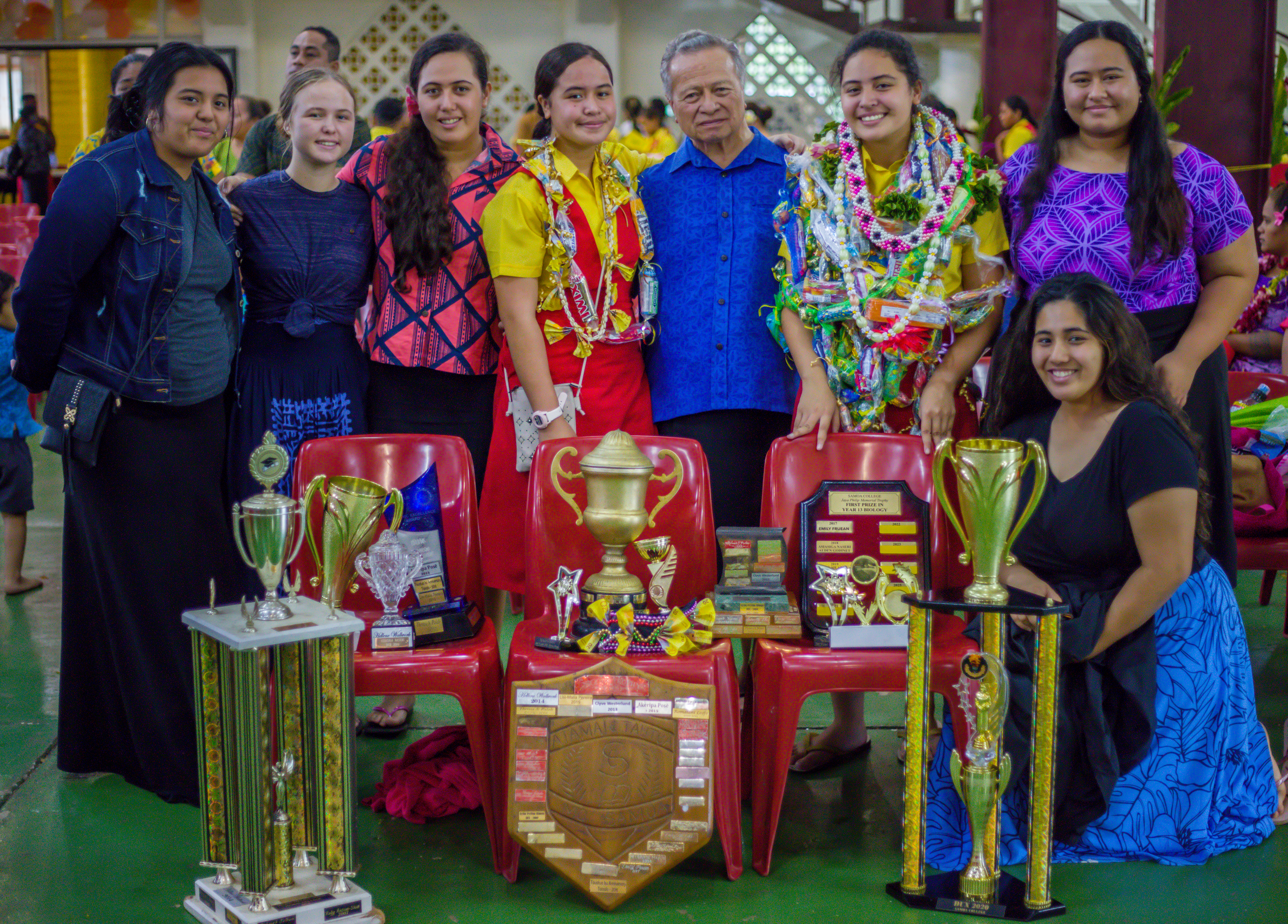 The top science and biology student was also the overall dux of Samoa’s prestige college. She is now looking towards a career in the medical field. She has her eye on Otago University after her foundation year where she is determined to pursue a career as a doctor and help people where she is most needed.

Ms. Wallwork, the daughter of Tuaopepe Jerry Wallwork and Losa Wallwork is the second daughter to have been declared the dux of Samoa College. Her older sister's experience at Samoa College made Ms. Wallwork want to attend the college after undergoing primary education at the Seventh Day Adventist (S.D.A.) school at Lalovaea.

“When I went to Samoa College, it was a rough year at first, because my family have high expectations for me and they set the bar high, especially because of my older sister, Hellene,” the 17-year-old said.

“It took a while for me to adjust and I think I adjusted in Year 10 or Year 12 when I got to know a lot of kids and competition was really hard but overall, I really enjoyed it.

“I enjoyed the atmosphere there. The kids are really nice and lovely and they all come from different backgrounds.” 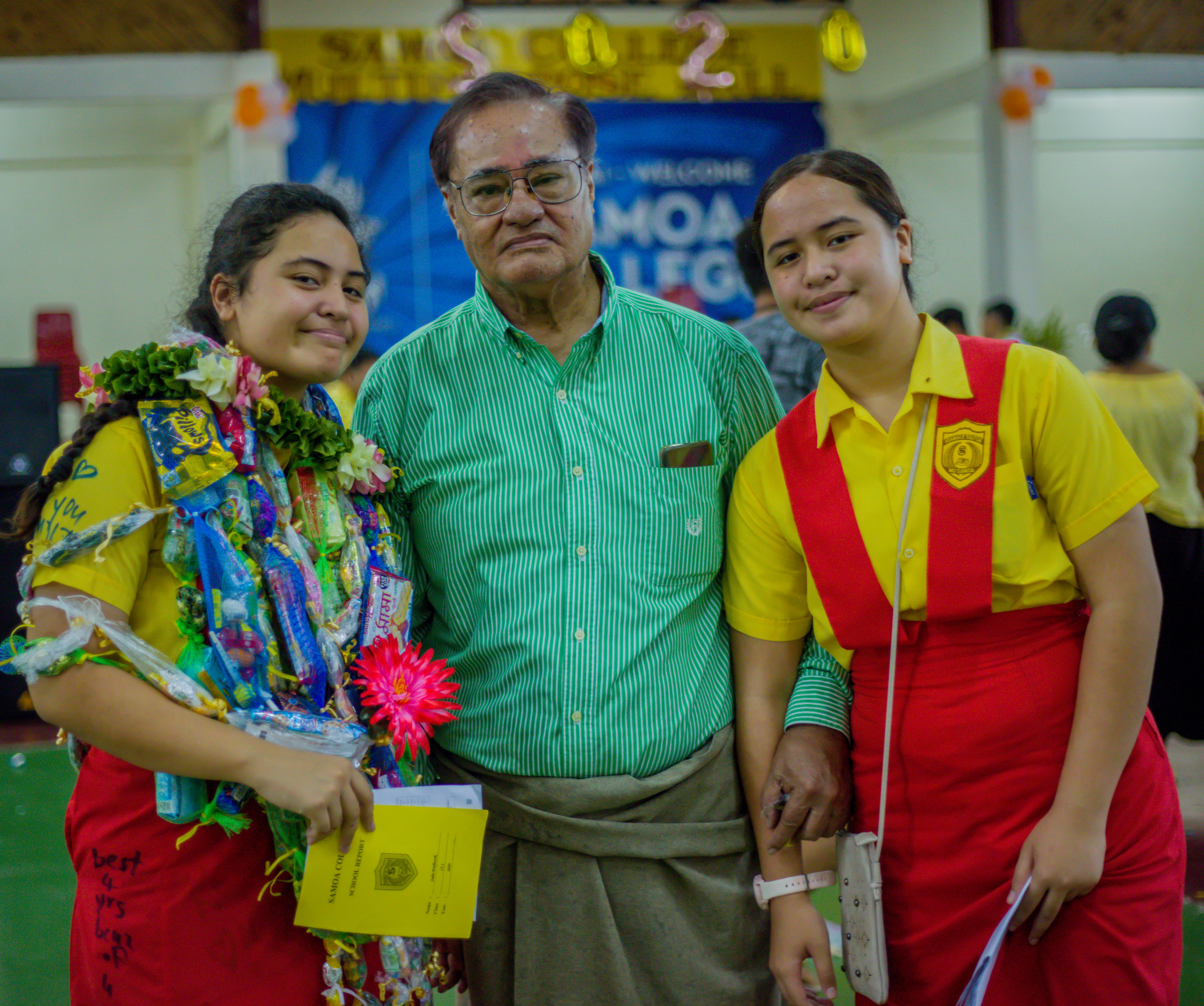 Being the only student from S.D.A. Lalovaea in Year 9, she felt nervous associating with students from other primary schools.

“I was very ashamed of myself and I doubted myself because I came from Lalovaea S.D.A. and I couldn’t compare myself to the other Samoa Primary and Apia Primary kids,” she said

“I was the only S.D.A. [graduate] and it was kind of lonely at first but then I had got to know the other kids.”

After her older sister, Hellene Wallwork, was named dux in 2014, Sulia said that her family’s expectations were set high but she was determined to meet them. She attended extra tutorial classes every day after school - something she remembers as a significant sacrifice.

“I think I have to thank my mum for that. She did all the searching like that was her goal at the beginning of the year,” she added

“She would go out of her way to go look for tutors in any way possible and she would always ask me how I feel about them, and then there’s my dad, of course, he was very helpful as well asking me if I’m benefitting from them (tutors).

“There were a lot of sacrifices and I think it was necessary and sometimes I would ask my mum: 'Can we just cut them? Can we just have some time at home or can I go out with my friends?' And my mum would be like: 'No, just think about it, these tutorials will help you later on'.

“My tutorials were every day, from Monday to Friday after school. I used to come [to] Island Rock and wait for my tutorial and my dad would always arrange for someone to take me there, and then my mum would pick me up.

Ms. Wallwork said she had often butted heads with her older sister Hellene throughout the year because of their different perspectives. But she said she came to a realisation that her sister had a wiser perspective as she had already gone through the schooling process.

“I think we clashed a lot on that and it was my stubbornness because we had different mindsets," she said.

"I realised that we were different people and she was trying t tell me how she did it and I understand but then I wanted to do it the way I wanted to do it. And then I realized that I should learn from her, that she has done it before."

She recalled one of her many tutors whose words had stuck with her throughout her college education. The former principal of S.D.A. Lalovaea, Mr. Eteuati Koria who has since passed away, was Ms. Wallwork’s tutor whom she acknowledged for helping her in her journey.

“I always remember this one quote he told me that: 'You can bring the camel to the water, but you can never make the camel drink'.

“It was a very important quote that I always remembered because it was about education and how a teacher can always teach a student, but he can never make the student want to learn. The student has to want to learn for themselves in order to succeed, so on his funeral, I was remembering that quote and it makes me think of him.

“There were a lot of tutors who benefitted me this year and I don’t think I would’ve been able to reach this [achievement] without them.” 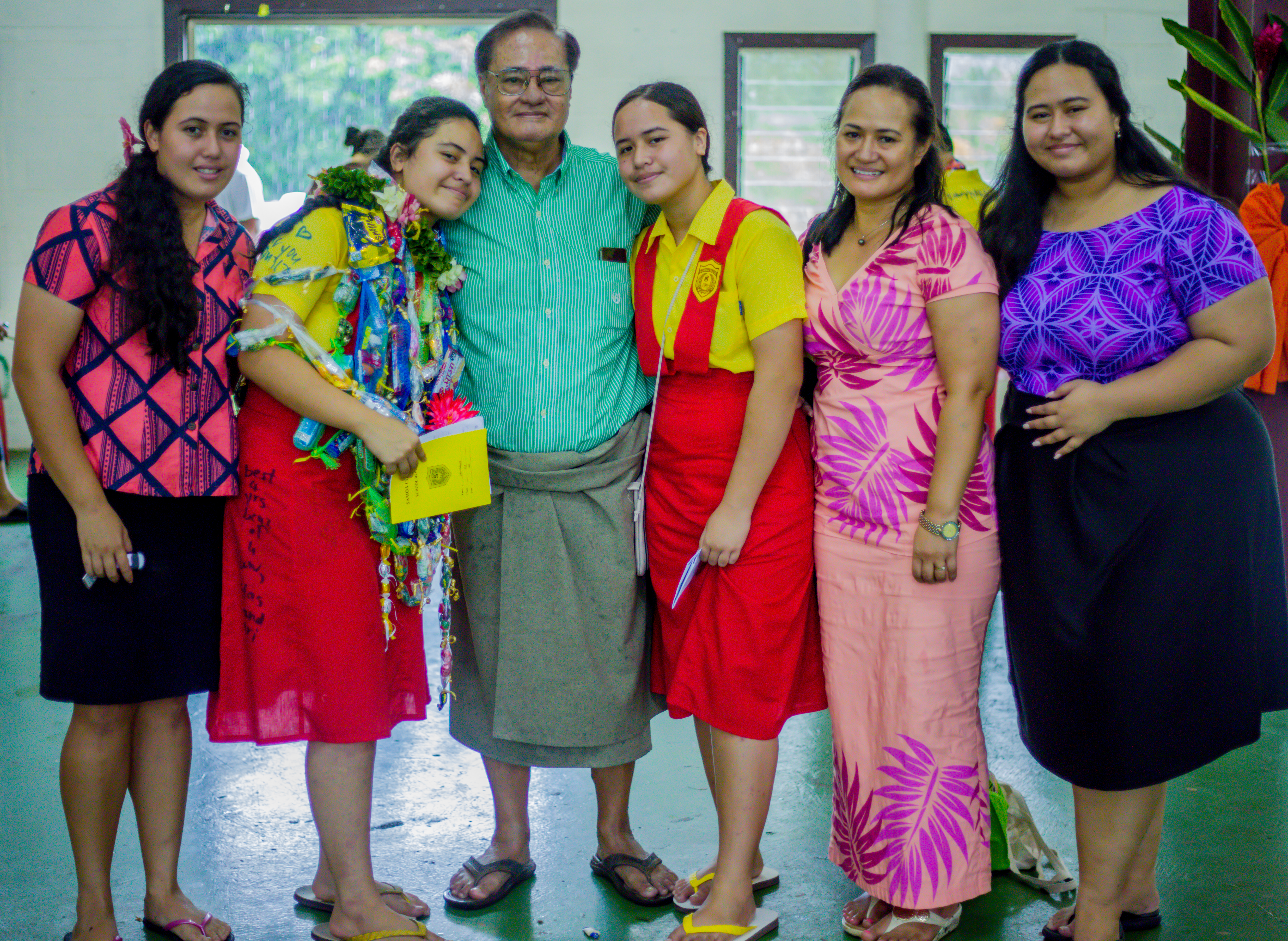 With a busy schedule most weeks, Ms. Wallwork had to commit solely to her studies and let go of some o the things she wanted to do last year in college and in her social life. Among the extracurricular activities she had to sacrifice were sports and events she wanted to attend with her extended family.

“I wanted to do netball this year because I never did netball throughout college as I was always worried about college but then this year, I thought to try it as it was my last year, and then I thought about it and the schedule really clashed with my tutorials, so I had to let go of that,” Ms. Wallwork said. 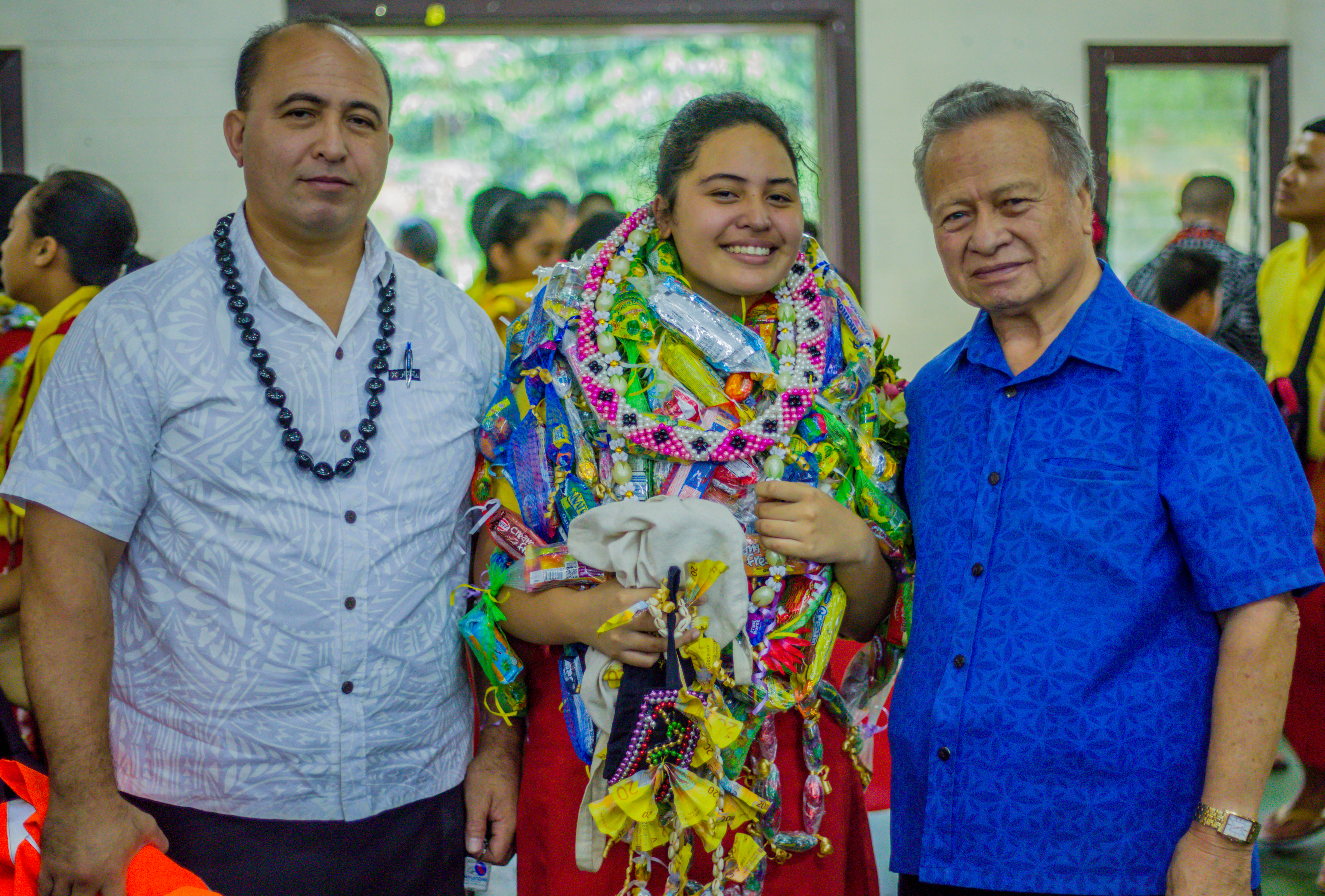 It wasn’t smooth sailing for the top student throughout the year. She describes her battles with self-confidence as a personality flaw but one that made her determined to grow as a person - and to excel.

“I think just my confidence in myself overall, like anything I did, there’s always this part in my mind that told me that I wouldn’t be able to do it and there’s always that pressure, mainly with school,” she said.

“I was always afraid of failure and I didn’t think I could do it and that’s why I don’t like trying new things because I always thought that I would have to excel in it; it’s a flaw; it’s a flaw I need to work on.

“I wasn’t in a winning streak all throughout college, and so it has been like a wave, and now I just need to understand that I’ve succeeded, now I just need to look forward, not look back, and that’s my main challenge, always wanting to do well.”

For someone who speaks English well, Ms. Wallwork said that she had struggled with the language immensely at first. Throughout the years in college, she had scored mainly in the 80s for her exams, and that achieving a grade of 90 proved a huge challenge in Samoa College.

Her mother encouraged her to read more and she improved in her exams as a result. She also spoke fondly of her friends who did well in English and was amazed at how they were able to pick up the language with fluency. 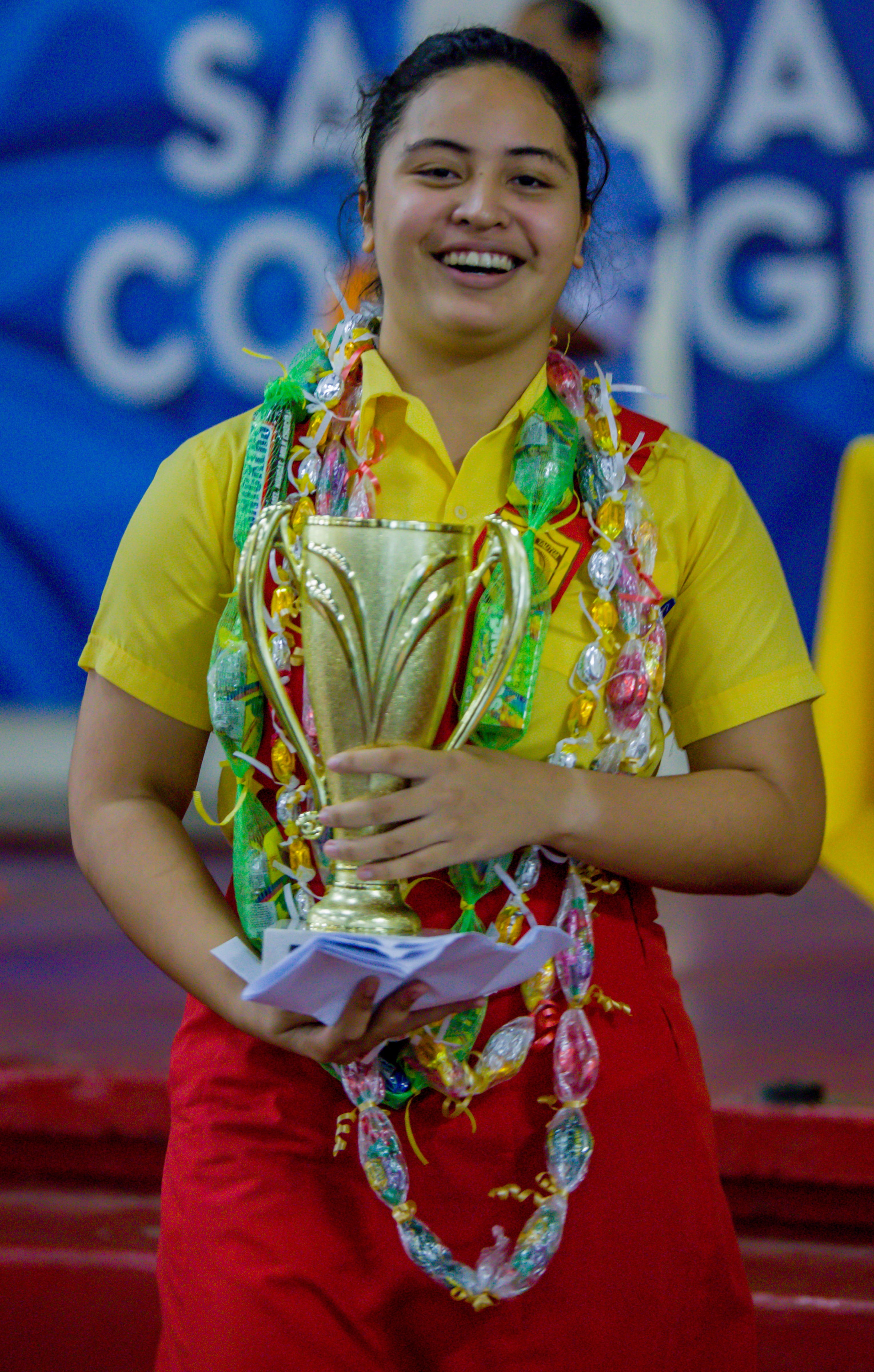 “My mum used to look for tutors for me and no matter how much I tried, I always tend to struggle in reading comprehension, I dislike that section.

“I was really glad I was able to improve this year and for the past years I would get 83 or 84 and then this year my mum was like, “you need to read more”.

“So, I had to put down my phone for a while, which was really hard and my mum used to take me to [Samoa Stationery and Books] and make me buy books and tell me to just read it for two hours.

“In Samoa College, I don’t know but it’s really hard to get a 90 but I was so proud of [one of my friends] because he was able to get 96, and that’s amazing.

“But I was happy with myself for getting a 90, that made me happy and that was an improvement on my part.

“That’s always been a subject I struggled with but I think [I improved] because I was reading.” 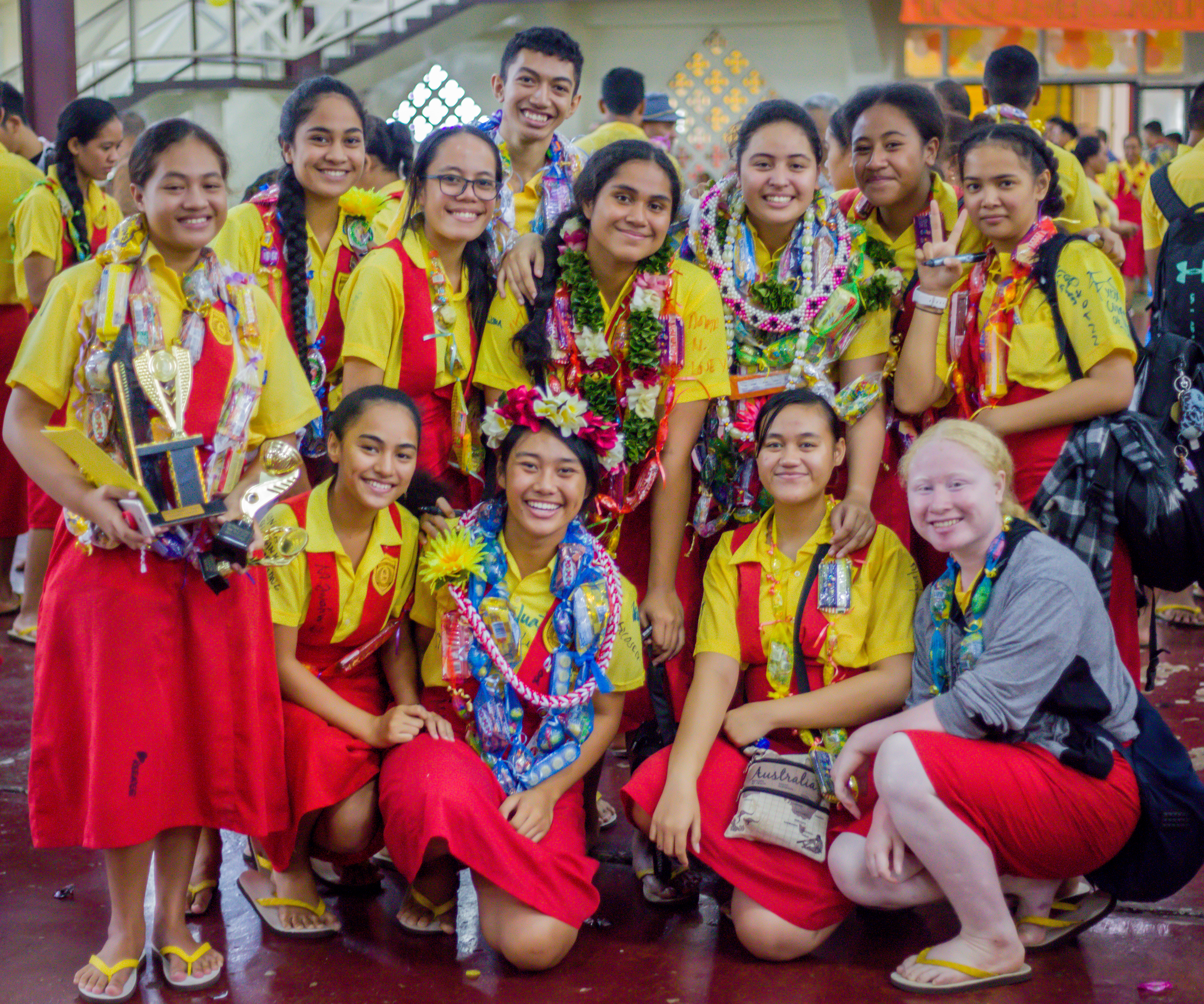 Ms. Wallwork acknowledged her parents, grandparents, and family who have been her support system and motivation to succeed this year. She is also thankful to God for being with her even when she felt she had forgotten about Him.

“I thank God, I haven’t been very loyal to God and haven’t really thought of him these days and I’m ashamed of that. I feel bad for that and I know how much God has done for me and my family, and I thank God for that and for giving me such a beautiful family,” she said.