Love was in the air at the Mulivai Cathedral on Saturday. There, the parents of four children, Louise Marie Faaofo and Vaimasenu'u Chris Fa’aofo, sealed their love in holy matrimony during a ceremony conducted by Father Spa Silva.

The couple had been courting for eight years until they decided to tie the knot.

Prime Minister, Tuilaepa Dr. Sa'ilele Malielegaoi, was among the relatives who witnessed their special day. 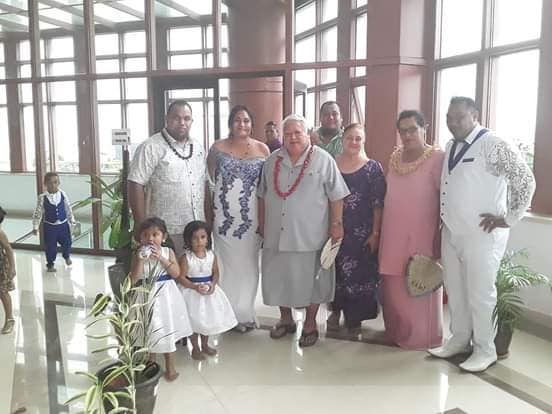 He congratulated and offered the couple his best wishes.

Speaking to the Samoa Observer, Mrs. Fa'aofo said their wedding was a dream come true.

“It is never too late to get married, so don't rush,” Mrs. Fa’aofo said. “There will always be the right time for everything."

She said their wedding was one of the final steps they needed to cement their love for each other and their little family.

“We've waited for this day for so many years. God has finally answered our prayers."

The maid of honour was Jacqualine Adams while the best man was Fainuulelei James Ah Wai.

The reception was held at the T.A.T.T.E. building.