Siblings Oprah Uputaua Pupi and Nixon Pupi have graduated as medical doctors from the University of Otago and the Fiji National University.

The completion of their degrees adds to their sister Darlene’s Bachelors of Medicine and Surgery completed in 2018, which means the family now has three medical doctors.

Responding to questions from the Samoa Observer, Ms Pupi said she is thankful to God for making it possible and is grateful for the opportunity she got to study a profession that serves the health needs of the people. 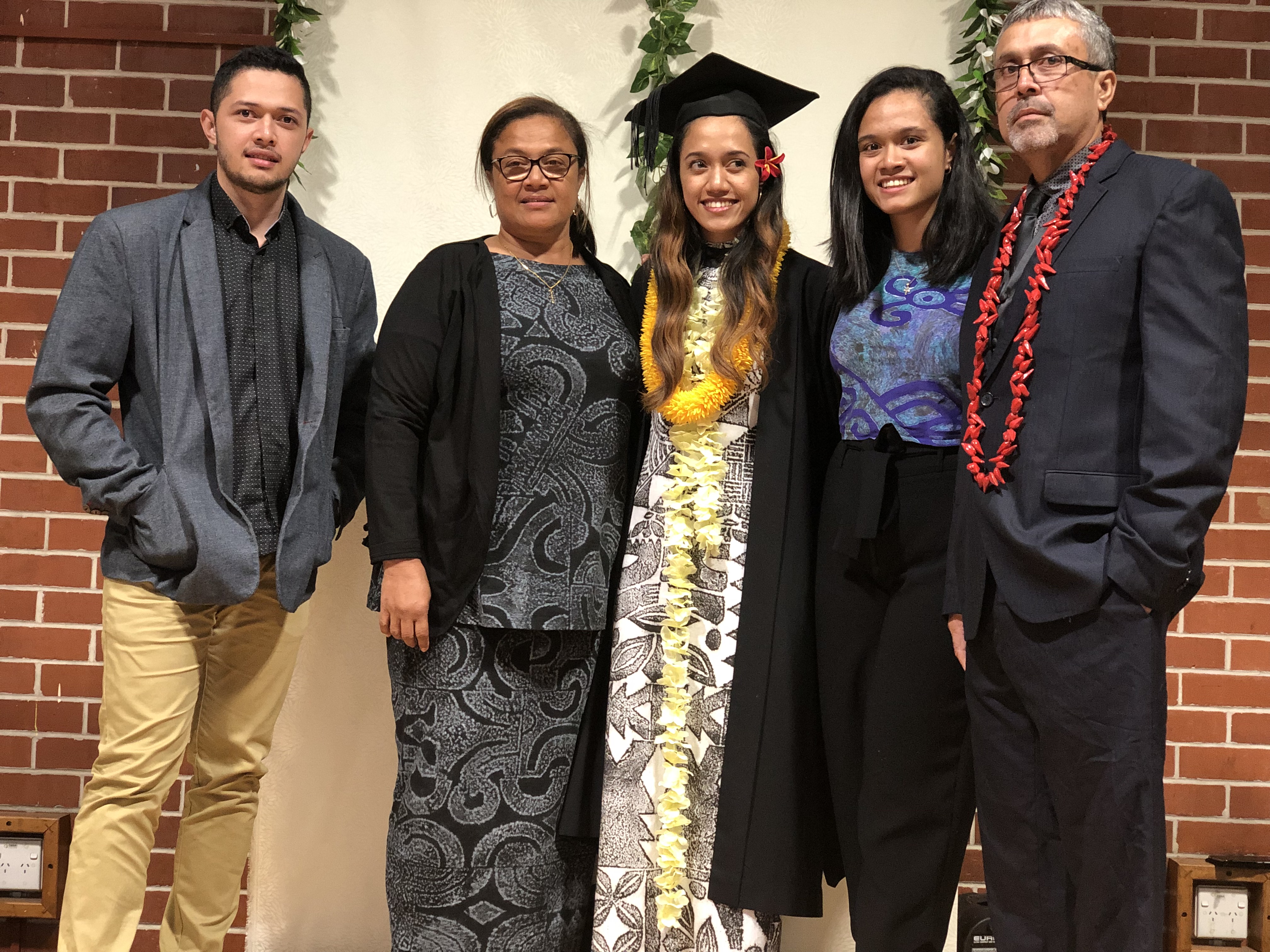 "It's an extremely overwhelming feeling to have finally capped it after six years. I am so thankful to God for what he has done for us," said the 24-year-old.

"And I can’t believe I have finally finished this chapter. It's been a long journey and even though I am sad to say goodbye to a place (Otago University) that I have called home and friends I have made along the way, I am excited for what’s next."

Mr Pupi echoed his younger sister’s sentiments, saying that for him to have finally finished after so many years made him reminisce on what their parents did putting them to school.

He added that all three of them graduating to become doctors is a testament of God's faithfulness upon them.

"To finally finish this after so many years and to see my sister to also finish at the same time, I could not help but reminisce on all those extra tutorials my parents would take us to, and all the sacrifices that they had to make to get us all here. I felt so much pride for our small family," the 28-year-old said. 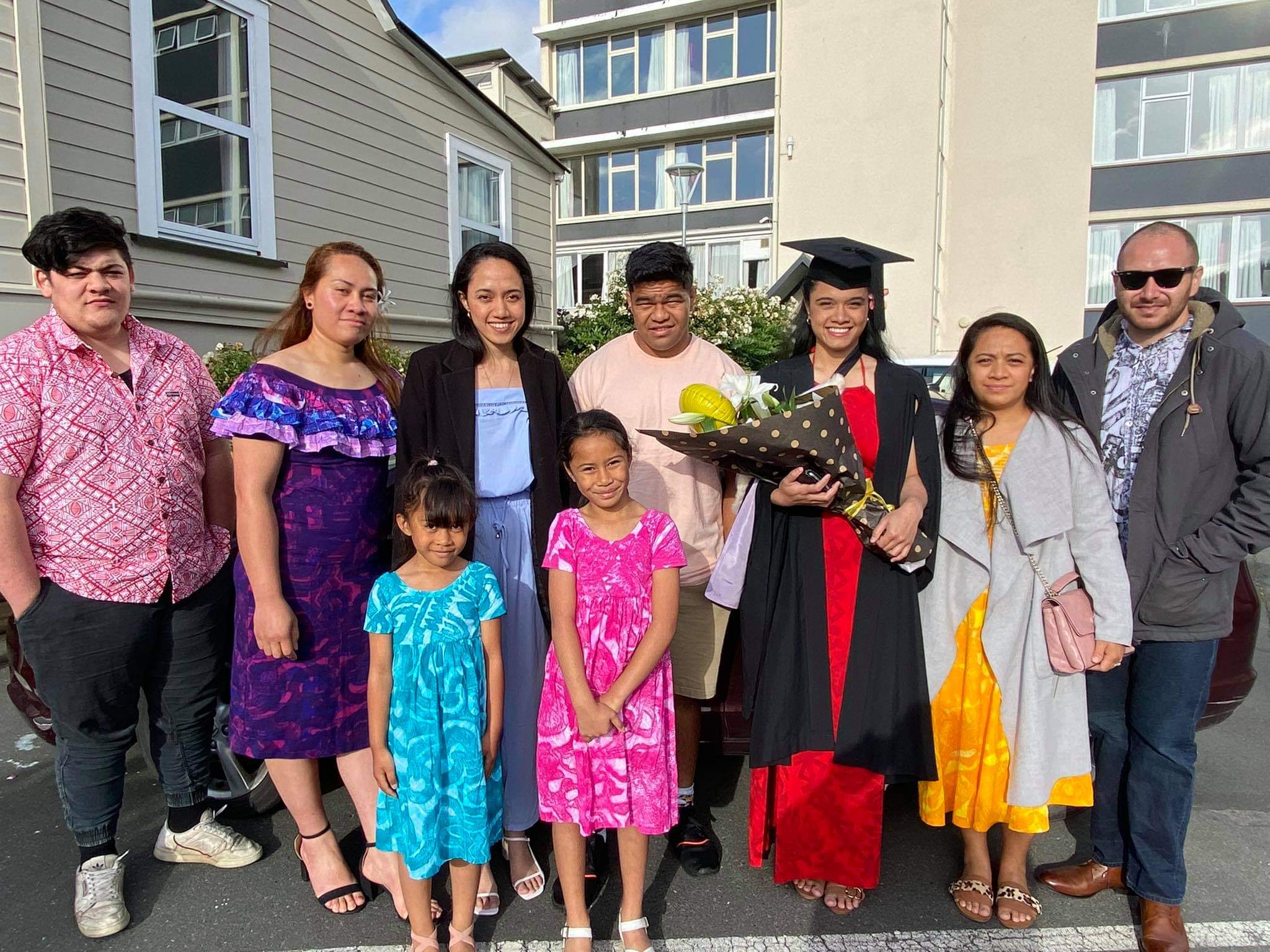 "My parents are farmers and never went onto tertiary education, and for all their three kids to become doctors was a moment to pause and reflect on God’s grace and blessings on our family. This is truly a testament of God's faithfulness.

"Oprah and I completed it in six years. It may have been six years to complete this degree, but for me it started 10 years ago.

“I, unfortunately, couldn’t get accepted into the University of Otago medical school. So I decided to do my Bachelor of Science in Neuroscience there instead, and then went to Fiji to chase this dream."

Both siblings plan to work in New Zealand where their sister Darlene is also based but have hopes of returning to Samoa in the future.

"My next step is to continue to work in New Zealand in Auckland starting in January 2021. I do plan to return to Samoa at some point in the future,” said Ms Pupi.

“But I do want to learn and experience as much as I can before returning. My priority is to serve the Pacific community to the best of my abilities.” 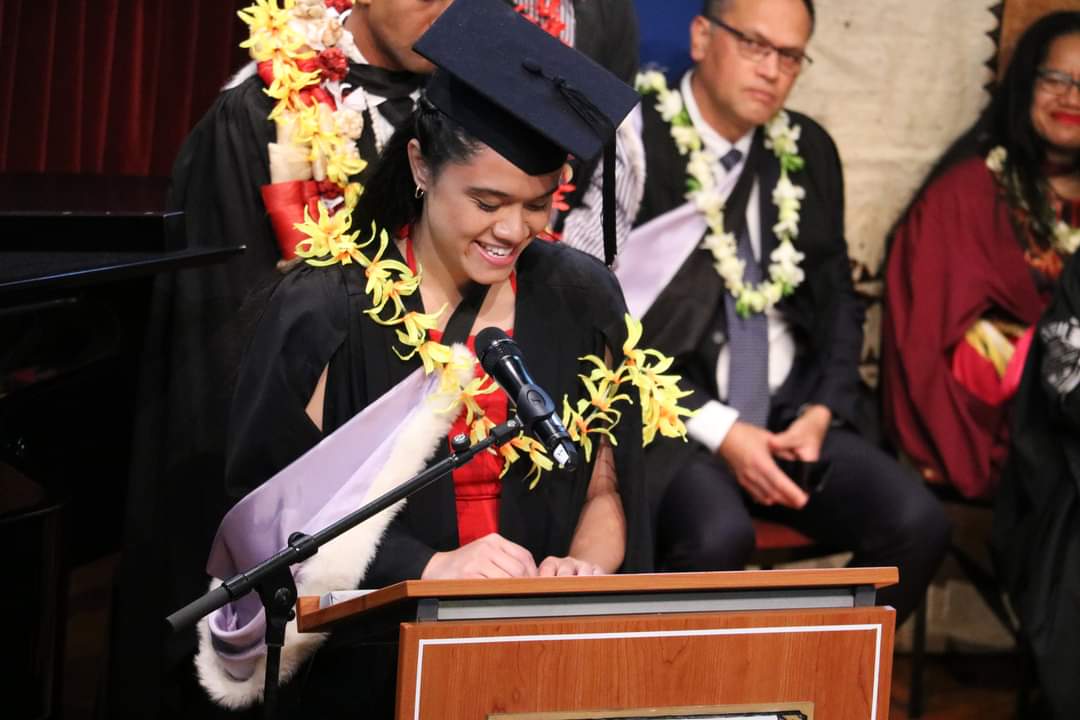 As for Mr Pupi, he will need to sit for an exam in New Zealand to allow him to practice there.

"For myself, the plan is always to end in Samoa. But for now, I will be sitting an exam that can allow me to practice in NZ with both my siblings.”

Ms Pupi spoke highly of her brother Nixon, saying he has been an encouragement to her and to graduate in the same year is a blessing to her.

"My brother Nixon graduated from the University of Otago with a Bachelor of Neuroscience in 2013.

“Following that, he returned home to Samoa and was given the opportunity to study first year of medicine at F.S.M. (Fijian School of Medicine) which he started in 2015.

“Fast forward six years later and here we are today.” 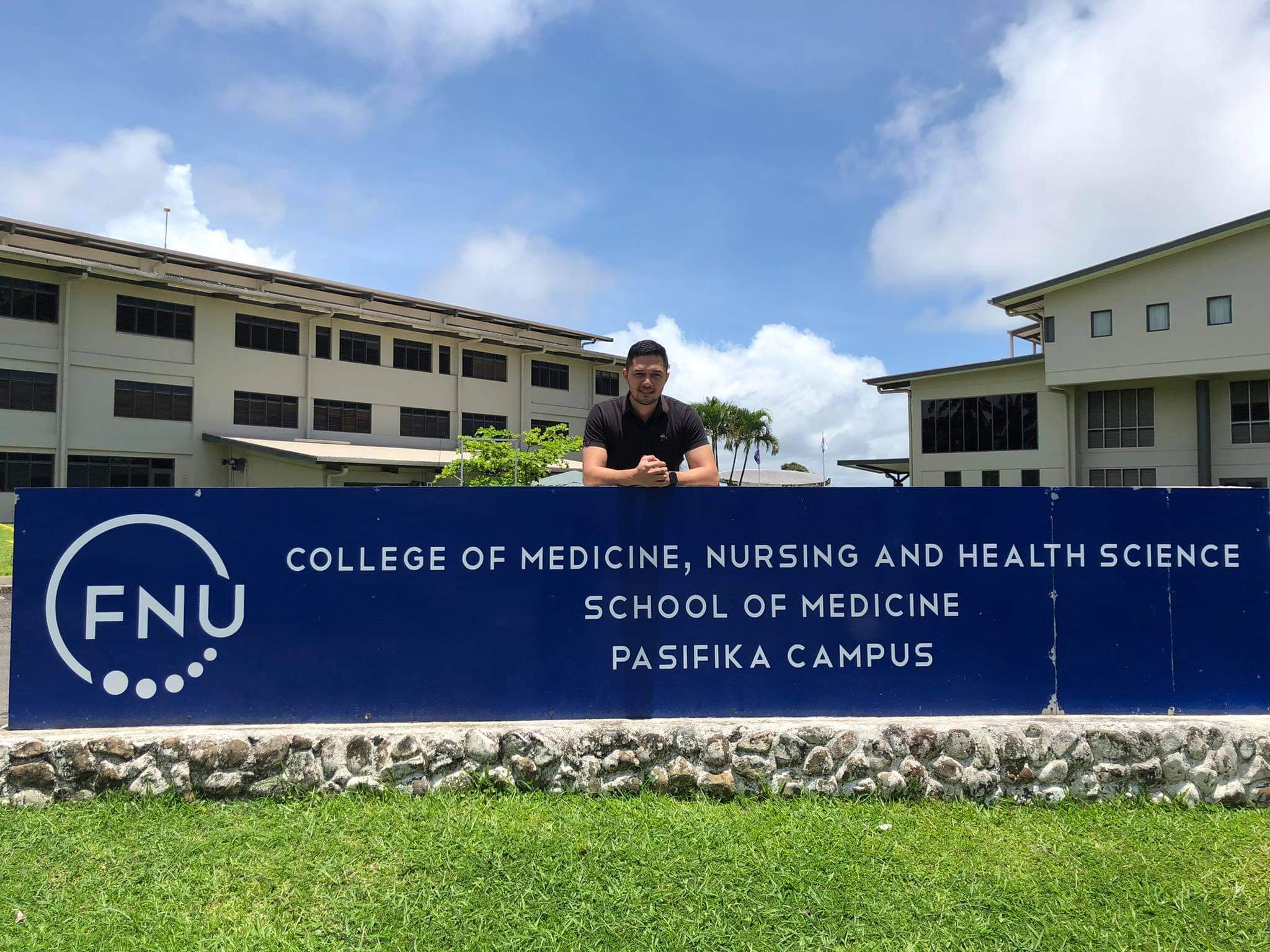 All three of the Pupi kids graduated with Bachelors of Medicine and Surgery and according to Ms Pupi, this career path started with a dream that was instilled in them by their parents.

"From a very young age, our parents told us that we would be doctors, even though there were no doctors in our family to look up to," she said.

"As kids, we just nodded and went with the flow. But as we grew up, the more and more we believed that this was a calling for us. And we are proud to take up this noble profession in helping people."

And while six years of medical school had presented challenges and obstacles, which Ms Pupi says she is thankful for, it helped grow her faith in God.

"Studying far away from the comforts of home (Samoa) was a challenge. Medical school also requires a lot of time commitment to studies, focus and perseverance, which definitely wasn’t something I could have done solely, but with God’s grace and provision, I was able to pull through.”

Both siblings agreed that one of the recent challenges, which not only they had experienced, was not being able to celebrate their achievements with their families due to the COVID-19 travel restrictions.

Ms Pupi added that she learnt a lot studying with a diverse group of Pacific students, where she learned about the cultures and traditions of other Pacific countries, which relate to healthcare. The siblings are also looking to distinctly influence the Pacific community with the knowledge they've acquired. 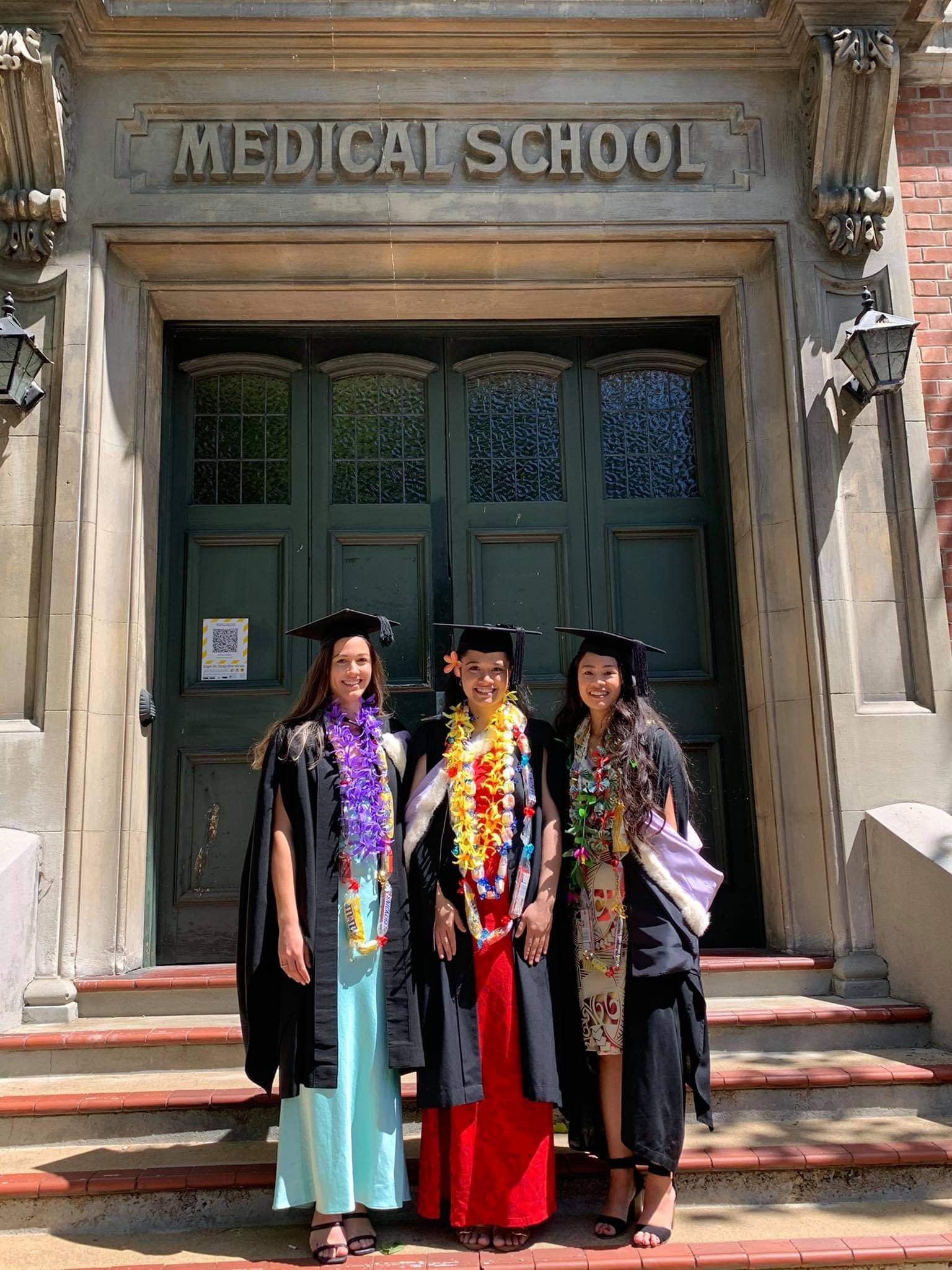 "Samoa is among the world’s highest in NCDs like obesity and diabetes. It is my hope that we can help change this statistic by empowering our people to take control of their own health."

She was the dux of Robert Louis Steveson Secondary School (RLSS) in 2013 and did Foundation Year at the N.U.S. in 2014 before going to the University of Otago in 2015. She secured a spot in the 2nd year of Medicine after she completed Health Science.

Mr Pupi is also a RLSS alumni, completed a Foundation Year at the N.U.S. and also went to the University of Otago where he completed a Bachelor of Neuroscience before going to the Fiji National University to pursue his dream of becoming a doctor.