The Head Boy of Vaitele uta Primary School, who aspires to become an artist one day, has been named the school's top academic student.

Year 8 student Leonardo Leo was awarded the school’s top academic prize in a prize-giving ceremony on Tuesday, and credited God and his parents for his ability to end the 2020 academic year on a high note.

He has been selected to attend Samoa College to do Year 9 in 2021 and told the Samoa Observer he is looking forward to it.

Asked if he had aspirations for the future, he said: “I would like to become a famous artist.

The graduating student’s father, Taupau Tuutatau Leo, told the Samoa Observer that he gives thanks to God for his son’s achievements and as his parents they are happy for him.

Taupau said it has not been an easy year in terms of school and with the world facing the COVID-19 pandemic but they did everything they could for his education. 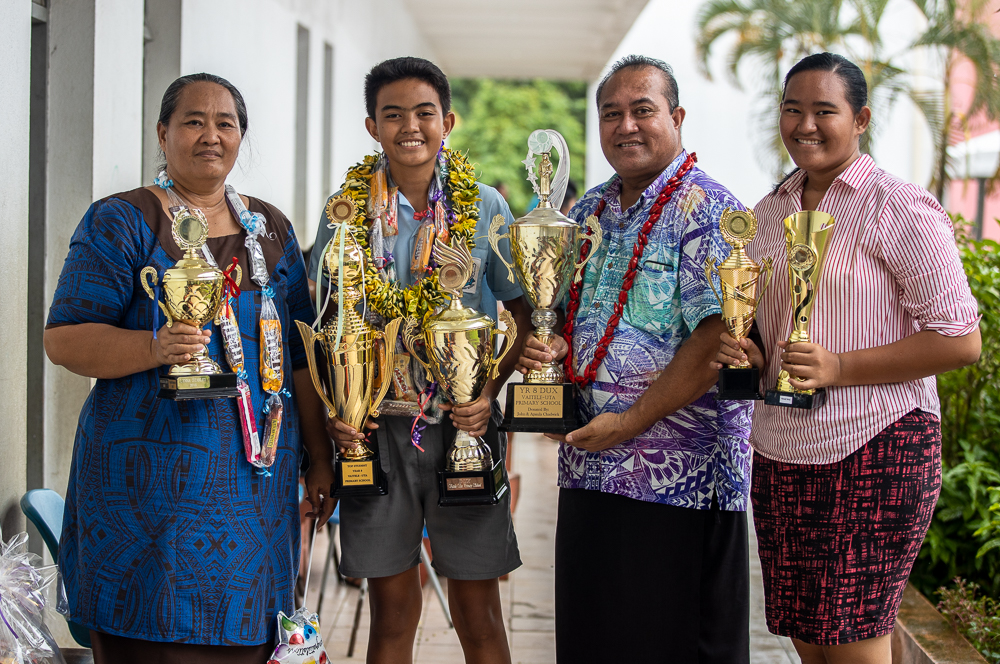 He added that Leonardo came first during the mid-year assessment but the marks were close with another student.

“We gave him the support to try harder in the next term and now we have the answer today and he has achieved it,” he said.

According to Taupau, Leonardo loves to draw and consequently came first in the visual arts.

And with that artistic background, the father said they don’t want to force him to choose a profession in the future, and are just happy that he is talented with his God-given skills.

Vaitele uta Primary School Principal, Felila Masina Su’a, told the Samoa Observer they are thankful they had the opportunity to do the prize giving ceremony this year unlike 2019 when the measles epidemic disrupted their plans.

She then thanked the parents, students and the teachers for the work this year and to everyone who has given them support.

Ms Su’a added that she is also happy with Mr Leo’s achievement as dux as well as receiving the “best all round” award this year, which is awarded to the best student in and outside of the classroom.