Will the good men and women of Samoa in Parliament rise?

So there you have it. On the front page of the newspaper you are reading, Olo Fiti Va’ai and Faumuina Wayne Fong are celebrating a victory of sorts in regaining their seats, just in time for Tuesday’s all-important final session of Parliament for the year.

The celebration followed a Supreme Court ruling on Monday to overturn a decision by the Speaker of Parliament, Leaupepe Tole’afoa Fa'afisi, to declare the seats held by Olo and Faumuina void. All this unfolded when the Members of Parliament declared their allegiance to the Fa’atuatua i le Atua Samoa Ua Tasi (F.A.S.T.) party for next year’s General Election.

This obviously did not sit well with the powers that be so that on 28 October 2020, Olo and Faumuina received letters from the Speaker declaring their seats vacant. The Speaker claimed that the decision was based on Article 46 of the Constitution and Parliamentary Standing Orders 21(6)(a). The next week, the salaries of Olo and Faumuina were ceased.

The Members of Parliament, however, objected and so on 20 November 2020, they filed a motion for Declaratory Orders. They argued that the decision by the Speaker was a breach of the Electoral Act 2019 and that it was unconstitutional.

The hearing that followed clearly supported the claims by the Members of Parliament. Even before the ruling arrived on Monday, judging purely from the questions posed by the panel of Justices as well as the lawyers involved, it was obvious the decision did not follow proper procedures and therefore defective.

The gaping holes in their excuses to justify what they did to Olo and Faumuina made the Clerk of the Legislative Assembly, Tiatia Graeme Tualaulelei, look rather amateurish when he was drilled in the Supreme Court.

It is not good enough for the Clerk of the Legislative Assembly to simply say the decision was made by the Speaker when he too should have offered a contrary view for the sake of being objective and doing the right thing. Parliament cannot just treat people, especially respected matai who are elected Members of Parliament, which such reckless abandon. The question is, who really made the decision? Was it the Speaker of Parliament or the “leader of the House” as we know it today?

Either way, the Supreme Court’s decision is quite clear.

With that said, Olo, Faumuina and all their supporters are celebrating and so they should. The Court’s decision should be trumped as a big win for democracy and why it’s so important for Samoa to hold on to the doctrine of separation of powers so that the Judiciary can provide a form of check and balance. While that would appear normal in any other democratic nation, these are monumental moments for Samoa with its one-party state democracy.

Keep in mind, this is the second time this year where a decision made by Parliament has been challenged and defeated in the Court of law. All this of course is happening at a very interesting moment of history in this nation where the Government and the Judiciary have been at odds over claims of political interference and fears about the Government overreaching its hands into controlling the Judiciary. The clash has been well detailed on the pages of this newspaper and we will not delve into it in this piece.

What we do want to say is that Olo and Faumuina are returning to Parliament on a day when this country needs all the voices it can get to oppose the bills which threaten to “destroy” the rule of law in Samoa. We are talking about the Constitutional Amendment Bill 2020, Land and Titles Bill 2020 and the Judicature Bill 2020, which are expected to be tabled for the third reading this week.

The chorus of opposition against these bills from local and international experts has been phenomenal. And like the coverage of the Government and the Judges dispute, the case against the L.T.C. bills have been well detailed for the readers of this newspaper to be informed. We have tried the best we can to highlight the issues and why they matter.

But the odds are against the chorus of opposition and all the well meaning Samoans in Samoa, Samoans overseas, non Samoan legal experts and everyone who spoke up to warn the Government against it for the simple reason that in Parliament today, 44 Members belong to the ruling H.R.P.P. That is more than two third majority of Parliament.

When the Special Parliamentary Committee table their report this week, discussed and if it’s put to a vote, we can expect at least six non-H.R.P.P. Members to vote against it. This will include former Deputy Prime Minister, Fiame Naomi Mata’afa, La’auli Leuatea Schmidt, Olo Fiti Vaai, Faumuina Wayne Fong, Ili Setefano Tafili and veteran Member of Parliament, Aeau Peniamina Leavai.

As for the rest of Parliament, it will be a question of party loyalty over doing what is right for the future of this nation. There is so much at stake. Let us be reminded once more that our measina we have inherited from our forefathers including lands, titles, families, language, fundamental rights and freedoms, Constitutional rights, concept of separation of powers and a lot, lot more are at risk. These are worth fighting for.

We can only hope that if it does come down to an open vote, that Members of Parliament will be allowed the freedom to vote with their conscience, not a party vote. The question then is, apart from the six Members we have identified, are there any more good men and women of Samoa left in Parliament? And will they be bold and brave enough to take a stand and be counted?

Only time will tell. So stay tuned! 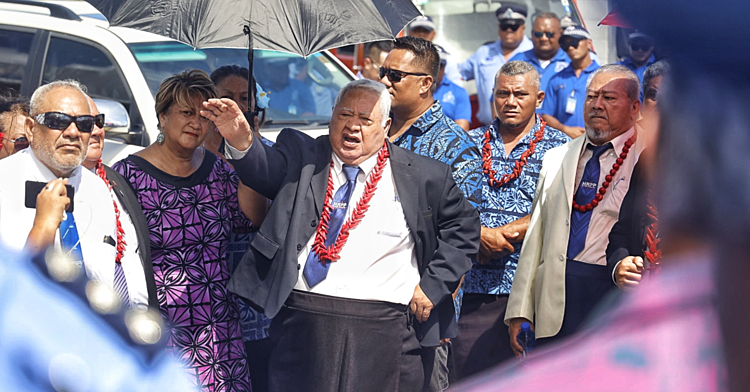 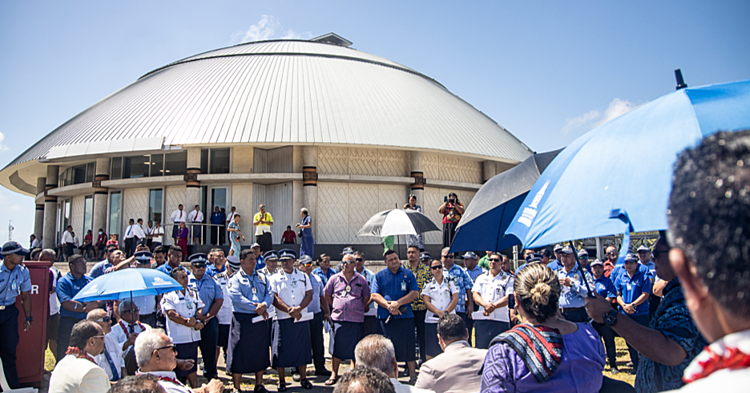