The Police are investigating the death of a man whose lifeless body was discovered at the Faleata golf course on Saturday night.

The Deputy Police Commissioner, Papalii Monalisa Keti, told the Samoa Observer in a telephone interview that the case is now being treated as a homicide.

“We can confirm that a man was found dead there and we’re treating it as a homicide,” she said. “The CID team are on the case now doing investigations.”

Papalii added that it is too early to disclose further information on the incident as well as the identity of the deceased person.

The body of the deceased was discovered in front of the Birdies Bar at the golf course, which is run by the Samoa Land Corporation (SLC).

An S.L.C. security guard, Eti Leaegalesolo, told the Samoa Observer on Sunday that he was working at the golf course on Saturday night when the police arrived and discovered the body next to the bar. 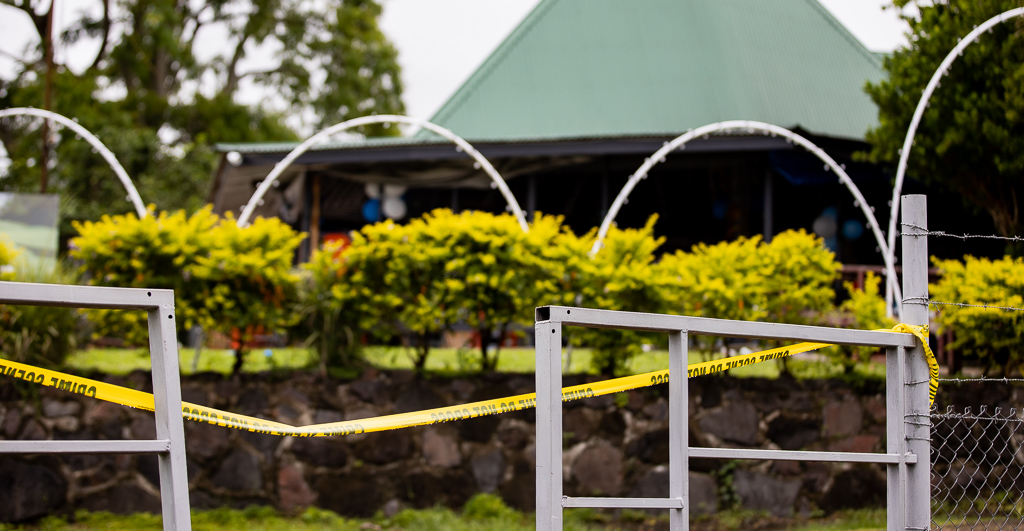 When this newspaper got to the entrance of the golf course on Sunday, the place had already been cordoned off by the police.

According to the security guard, an office party by a local firm was held at the bar on Saturday evening, and went beyond its closure time.

“I think they (paid) for seven hours here at the bar for their office party and when I arrived at where the police were at with the dead body,” he added.

“I heard the party was supposed to finish by that time but there were people hanging around.

“I was surprised at how they were not aware of the dead person’s body outside the bar.”

According to Mr. Leaegalesolo, the body was found on the grass in front of a cemented wall just within the bar’s area.

Attempts by the Samoa Observer to get a comment from the owner of Birdie’s Bar on Sunday was not possible.