Christmas shines light on the needy

On one corner, dozens of people flocked to admire the glow of the National Provident Fund (N.P.F.) building draped in thousands of flashing Christmas lights.

At the other end of the same block a group of four children, all barefoot sat on a curb staring at the McDonald’s restaurant and the chance to make a sale on the street.

Periodically they rise to dart in between cars while they snaked through the restaurant’s drive-through line that was wrapped around the corner opposite N.P.F.

These scenes of contrast have especially vivid this holiday season.

Charitable organisations say thousands of families are living in poverty this Christmas and, amid the economic downturn, the signs are visible everywhere - even against the backdrop of a massive Christmas lights display.

Amid the rush of families making memories in front of Christmas displays, the streets are also filled with young children, for whom Christmas means working.

Containers and laundry baskets filled with chips and other goods in hand, they were looking to make a sale on Thursday night.

A child vendor, a young boy with a laundry basket of chips, approached a van’s driver side window while a family inside the restaurant enjoyed their meals and the spectacle of Christmas lights together. 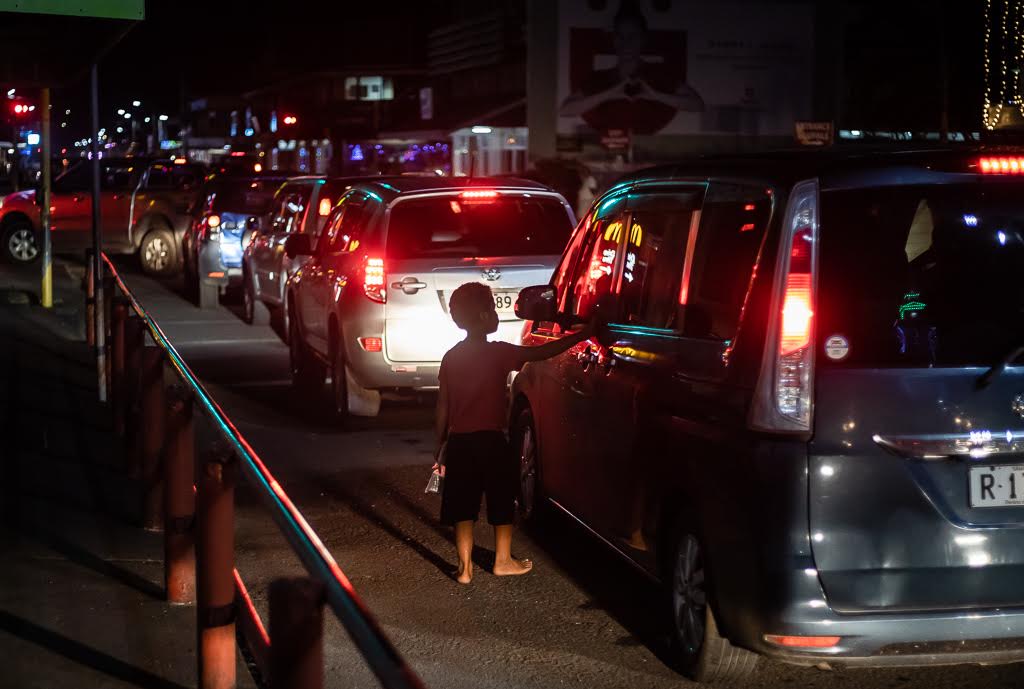 They hustle to sell a bag of chips for one tala, darting in and out traffic, criss-crossing the streets, taking breaks on the curbside dangerously close to moving automobiles.

On the day Prime Minister Tuilaepa Dr. Sailele Malielegaoi’s official opening of the nation’s inaugural Festival of Lights, five street vendors congregate where one of them, age 16, sees a potential sale at Pinati’s.

They have something to look forward to tonight: the Festival of Lights.

The 21-year-old is Ailole Mativa, of Aele, who began street vending with fresh coconuts and koko Samoa when he was 12.

He works alone but the younger ones follow him around.

After Year 8 at Utualii Primary School, Mativa quit school and began working on the streets. He has difficulties writing his own name. 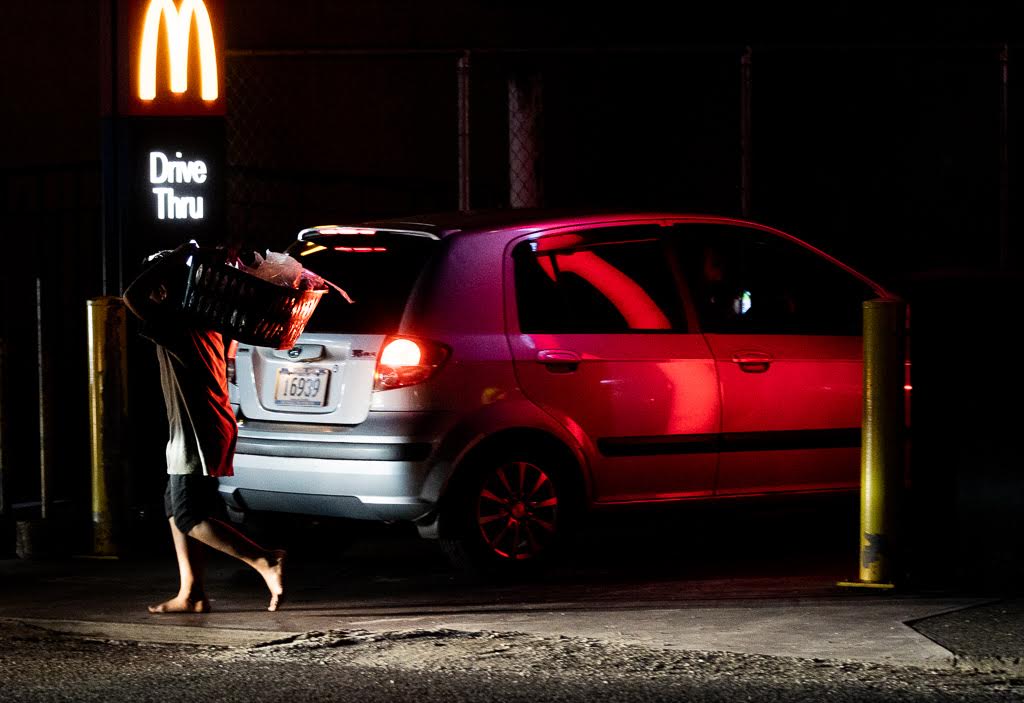 Like many, Mativa says he is looking forward to the light festival.

For Christmas, Mativa, one of nine children, proudly says he will be able to help his parents by giving them cash from what he earns on the streets.

His mother is looking forward to new clothes for church Christmas functions and he hopes to make some of her wishes possible by making sales. 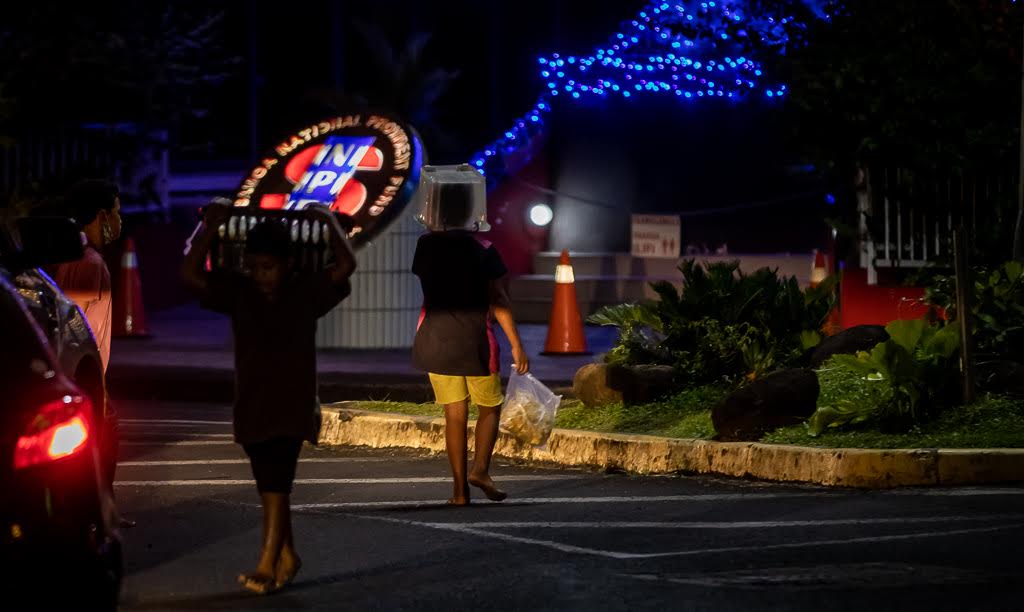 Mativa sells Awesome car cleaner for $45-$55 per bottle. He said the pandemic has not affected his business or his family.

“I help people keep their cars clean and I like my job. I meet good people and bad people out here. Some people are mean,” Mativa said.

Christmas lights are a big part of his plans for the 2020 season. Mativa planned to attend the light festival launch on Friday and will enjoy the lights of Aele.

“I will be at the Festival of Lights of Friday. I really like it. It’s so nice I mean there is no such thing as an unpretty light. All the lights are pretty, especially N.P.F. Even in my village of Aele, my village is covered in Christmas lights,” he said.

“I will give most of my money to my parents and maybe keep $50 for myself to get myself a bottle to drink for Christmas.

“All I really want to say this Christmas is praise God that we aren’t going through what other countries are going through with the pandemic and that Samoa is blessed.”

But for the President of Samoa Victims Support Group (S.V.S.G.), Siliniu Lina Chang families needing help meeting basic necessities such as food and hygiene are foremost on her mind.

S.V.S.G. just returned from a three week trip to Savai’i where they distributed food and clothing under a program sponsored by the Canadian Government. 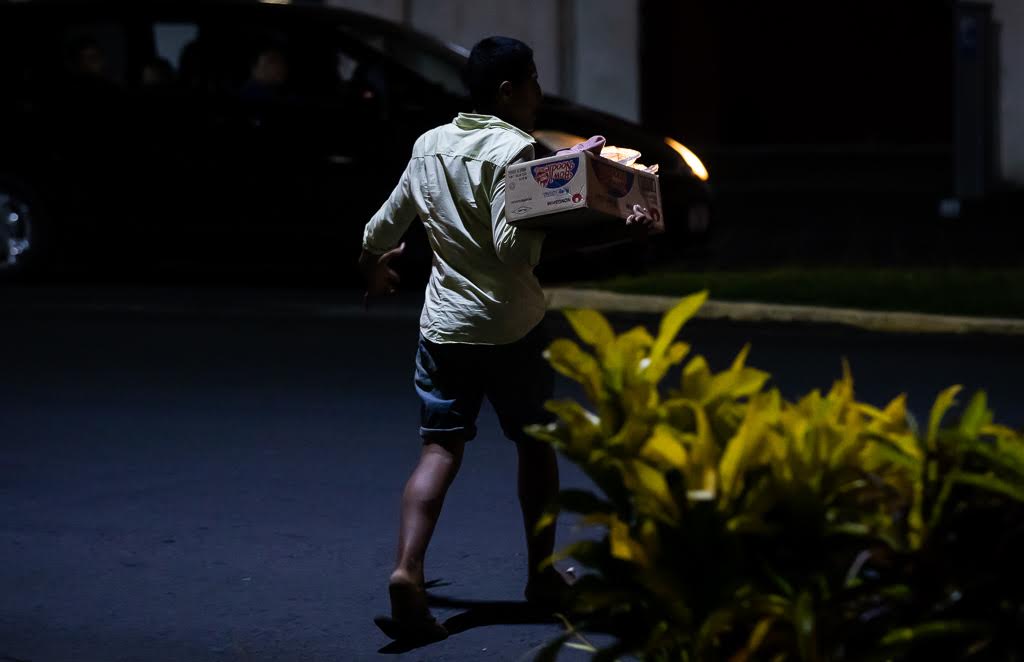 Some 1,000 people were able to receive help in Savai’i.

“I cannot stop thinking of these families who are in need of food.”

The S.V.S.G.’s efforts are made possible by the generosity of donors, at a time when thousands of people across the nation have been laid off in a crash to the tourism sector and amid economic recession and the threat of an even steeper freefall.

“That is how we are able to help families with food and clothing. Next week we will try to complete distribution to the families whose names we have already received,” Siliniu said.

“We just got back from Savai’i. We covered 50 families and I know that is about one thousand people. We were there for three weeks. We went there to distribute the help we received from Canada for this local initiative. Our initiative is to help the people so Canada is funding this initiative for our people."

The Coordinator of Programmes for Caritas, Sala Georgina Bonin, said despite reports that remittances are on the rise, many families are hurting due to the economic impacts of the pandemic.

Samoa’s child street vendors are an indication of the struggles being faced by families “right in town,” she said, in villages like Palisi, Leone, Taufusi and Faatoia.

On World Day of the Poor 2020 last month Caritas helped thousands of people who reached out for assistance.

“There are a lot of vulnerable families around…what we have seen when we distributed the food and clothing we have actually seen how people live and it’s really quite, it’s very telling about how people are struggling, income wise, to try and attain a good quality of life for their children,” Sala said.

She pointed to a news report that remittances have gone up but says there are still large families who are living in dire conditions.

Despite the rise in money coming in from overseas, the tourism sector - which accounts for one-quarter of the nation’s economy output has all but been halted entirely by the pandemic and the economy contracted at a rate of more than 11 per cent last quarter.

“We still see a lot of families here with large numbers of children living in very poor living conditions.

“Their houses are not very well constructed and they don’t have access to water especially in remote areas, in the inland areas. That is for both Upolu and Savai’i.”

Caritas has helped close to 5,000 people who were in need of food and clothing.

“In our recent distribution on World Day of the Poor, the goods that we got donated from all the Catholic parishioners in Samoa, I think we reached almost 5,000 total of the population through the distribution…it was 4,474 people,” said Sala.

“So that’s quite a lot of people we reached out to with what we collected. That was only on the World Day of the Poor. There is definitely a need out there for more assistance to these people.

“People who are not in the rural areas, we think that they are close to businesses and all that but they are not [okay] they are really struggling. You know there are people trying to sell like the street vendors. So there are a lot of people right in town, in Palisi, Taufusi, Leone, Faatoia.” 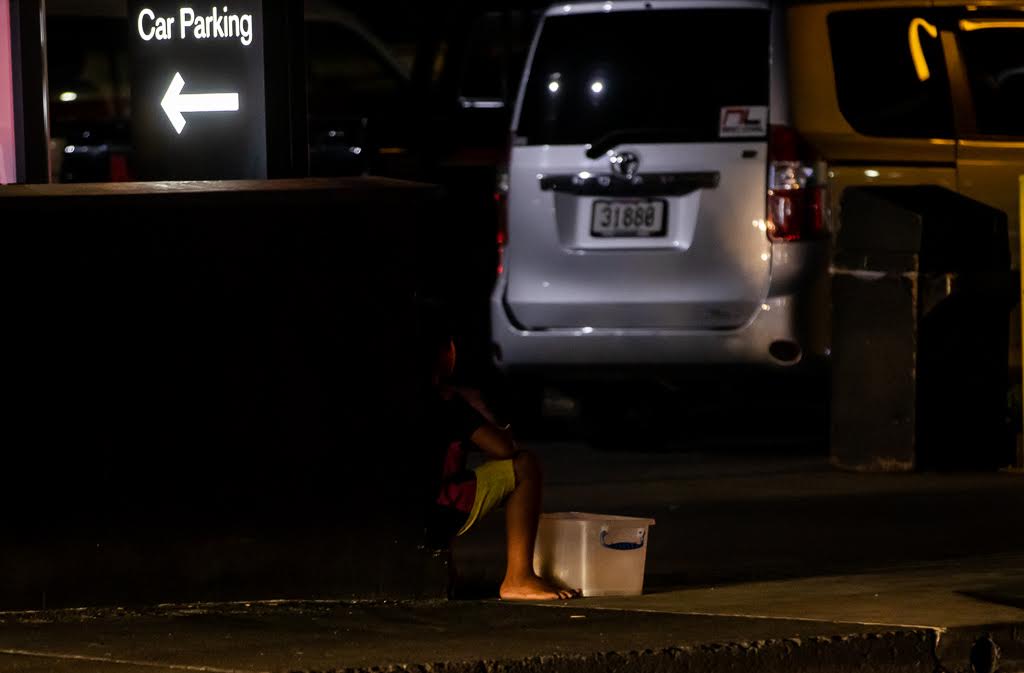 The charitable organisation maintains a list of vulnerable people, a database of names that were collected during the measles epidemic.

“We have our own database with information we obtain from other N.G.O.s like Red Cross and people just give us names and then we go and assess to see if they really need the assistance and verify it,” Sala said.

A lot of people just come straight to Caritas and ask for help.”

For Christmas she urges individuals to have that spirit of giving and to think of the less fortunate.

“You know the message of the World Day of the Poor for us in Samoa is ‘stretching out your hands’ to your neighbors. So my message is to look around you in your neighborhood, within your family, see who needs some extra help and be generous,” said Sala.

“Have that spirit of Christmas to share your bounty, if you have bounty, to help others who might need it. It means a lot to them. A little thing that you don’t think is a lot but to them it is a lot. So try and share, spread the love.”