A mother who had her daughter treated by an anti-vaccination activist in the midst of the measles outbreak says he helped save her critically ill 8-month-old child.

Vanessa Fa’avaomalo of Vaitele fou was among witnesses who gave evidence in the trial of Edwin Suliveta Tamasese on Thursday morning.

Tamasese has pleaded not guilty to a charge of allegedly undermining the authority of the Government by incitement against a mass vaccination State of Emergency Order dated 16 November 2019.

The charge stems from a social media post by Tamasese on Facebook where he wrote, “I’ll be here to mop up your mess” and “enjoy your killing spree”.

In her evidence, Ms. Fa’avaomalo who was called by the prosecution said she contracted measles a week after she got immunised in November last year.

In fear of her daughter getting the measles, the mother took her away from town where they resided in Vaitele fou and left for Lotofaga.

Her 8-month-year old daughter at the time also got immunised around the same time. Despite getting immunised, Ms. Fa’avaomalo said her daughter still got the measles afterwards.

She told the Court that she thought to herself that maybe it was the vaccine that caused the measles that she and her daughter caught.

“My daughter had dried lips, swollen eyes, she had high fever and the flu,” said the mother.

Fearful of losing her first born child, Ms. Fa’vaomalo said she decided to take her daughter to see traditional healers but that didn’t help with her child’s condition.

Then she took her daughter to the district hospital at Poutasi Falealili, hoping she could get the help she needed to save her child.

“I was afraid she would be one of the victims of measles,” she said.

According to the mother, when a doctor asked why she delayed bringing her daughter in, she said she got scolded when she said she took her baby to a traditional healer.

The mother told the Court that she felt the doctors weren’t helpful and “didn’t care” about her and her sick child. 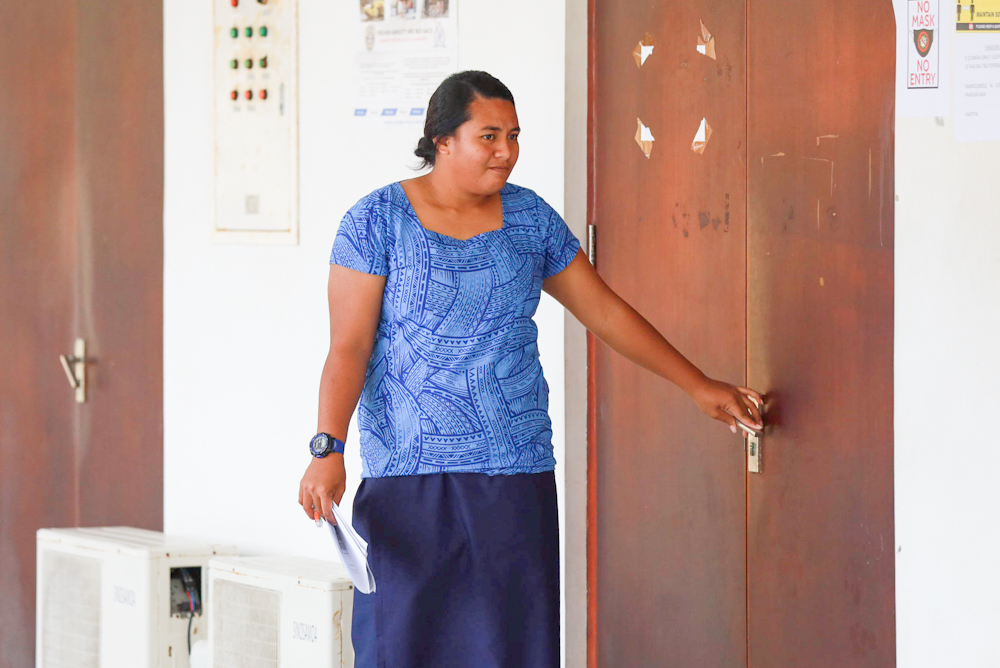 Ms. Fa’avaomalo was then admitted at the hospital with four other babies.

Although she was given medication in the hospital for her sick child, the mother said her daughter wasn’t getting any better. It was then that she decided to send a Facebook message to Edwin Tamasese, whom she heard stories of him helping to cure other children.

Once she was in contact with Tamasese the mother said he told her that he was on his way to her.

She told the Court that prior to that she did not know Tamasese was and had not seen him before.

The mother testified that Tamasese gave her Vitamin A and Vitamin C with instructions to give to her child.

“My baby was throwing up everytime I gave her the medicine from the hospital,” she said.

“She didn’t throw up when I gave her the vitamins and she liked it.

“I stopped giving her the medicine from the hospital and just gave her the vitamins.”

It was Ms. Fa’avaomalo’s evidence that Tamasese helped her sick child and cured her from measles.

“She got better and started to want to feed,” she said. “I believe that she got better because of the vitamins and it was the same as the other sick babies that also took it…”

Furthermore she said a nurse from the district hospital had called the police when she found out that she was given the vitamins by Tamasese.

She said that the police came and questioned her and other parents who were at the district hospital.

The witness agreed that Tamasese did not say he was a doctor or even instructed her not to listen to the doctors.

During cross examination, the mother was asked if she acknowledged that the reaction from the doctors when she went to see them was due to them being under pressure.

“I didn’t care about anyone [at the time] I was just worried about my sick child,” she said.

The prosecutor also put it to the mother if she accepts that her and her daughter had the same pattern of measles infection and got better afterwards.

To which she said yes.

The Court also heard that it takes about two weeks from the day a person is immunised until he or she becomes immune to the disease.