The National Disability Week was officially closed on Thursday by the Minister of the Ministry of Women, Community and Social Development, Tuitama Dr Talalelei Tuitama at the Taumeasina Island Resort.

The official closing was done at the conclusion of a two-day workshop hosted by the M.W.C.S.D in partnership with Soul Talks Samoa, focusing on people with disabilities and their caregivers.

Certificates were given out to those who participated in the workshop which recognised their efforts and participation. 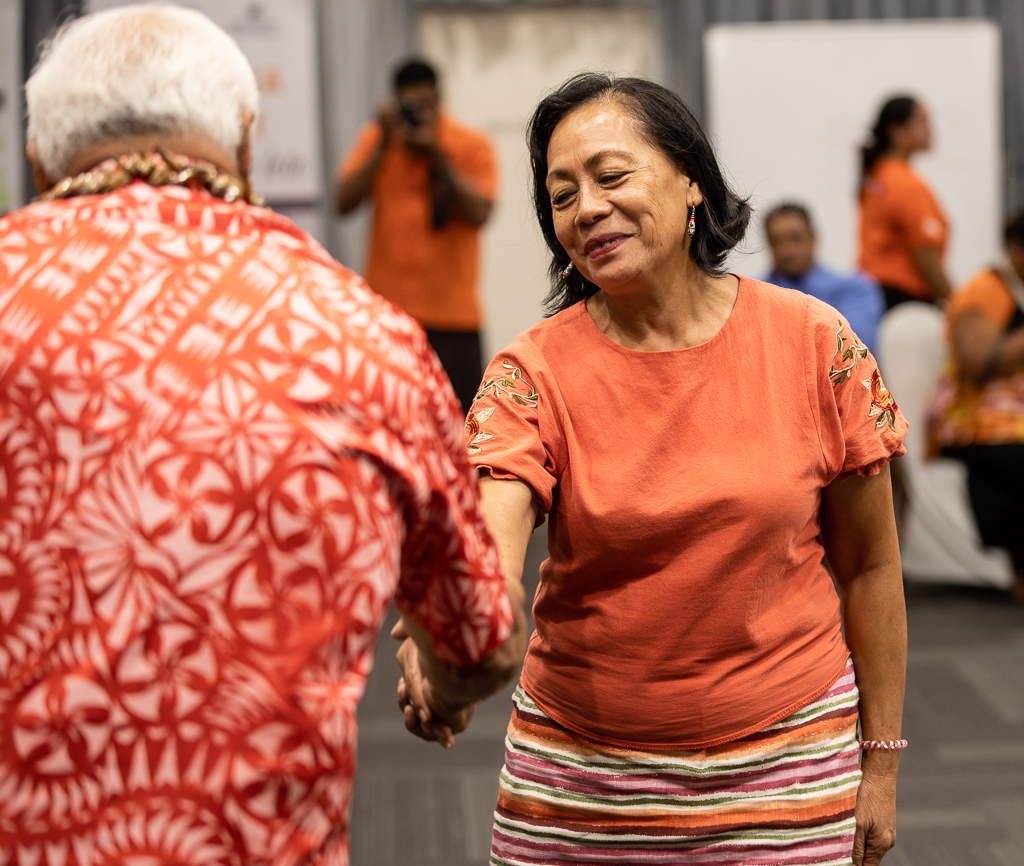 The week-long commemoration comprised of programs delivered by partner organisations such as Nuanua o le Alofa (N.O.L.A). They had hosted an art exhibition last Monday until Friday implementing awareness programmes for people with disabilities.

The Minister of M.W.C.S.D had emphasised on the importance of this annual national event and went on to say that although the national event has concluded, efforts in advocating for equal rights for people with disabilities will continue. 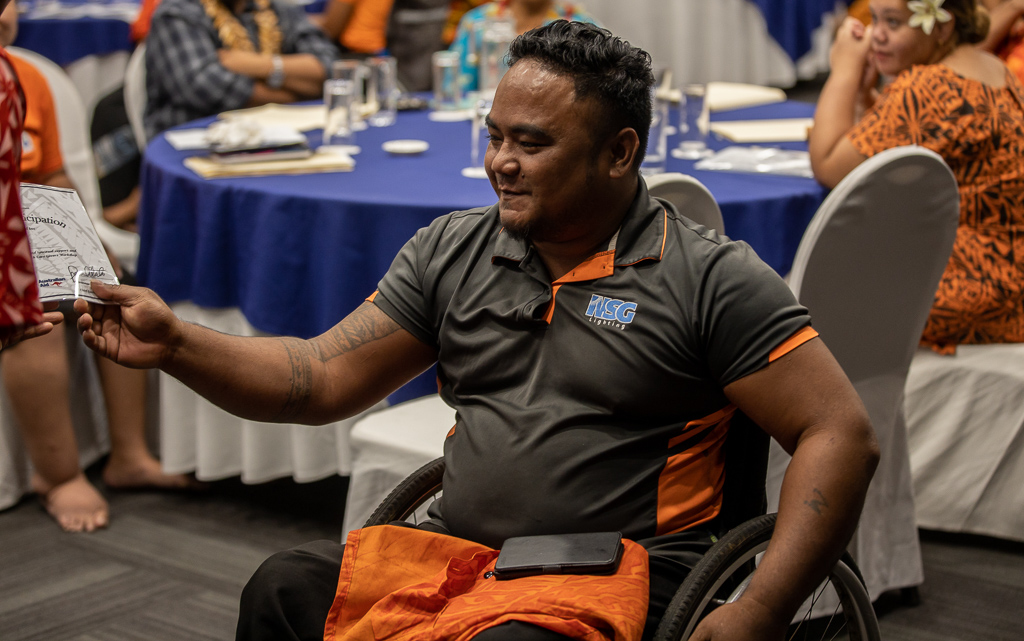 "Our collective work will continue as we advocate for equal rights for everyone and to eliminate discrimination, biased behaviours and to ensure that all live in a violence-free and peaceful environment," he said

The National Disabilities Week also coincided with the 16 Days of Activism and the minister thanked the organisations who helped fund the celebration of the 16 days of activism together with the week for disabilities on behalf of the government of Samoa. 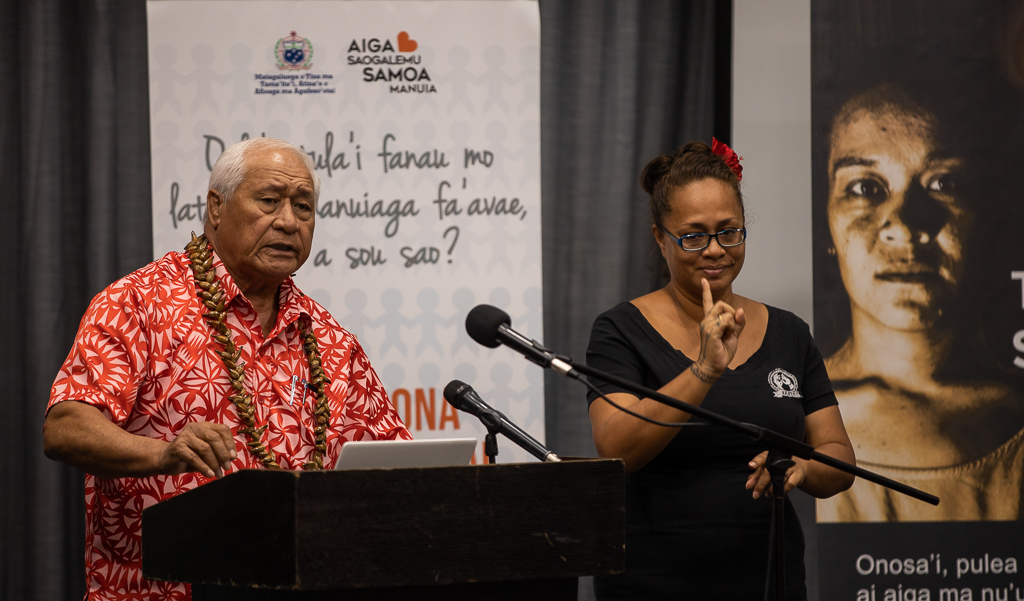 There was a balloon release last week which was an additional activity which all participants took part in remembrance of those who have lost their lives or have been affected by violence under the theme, "Orange the world: Respond, Prevent and Protect:

"Thank you to the government of Australia for their assistance through the Samoa Disability Partnership Program, which enabled the ministry to carry out the different programs and activities together with their partners. 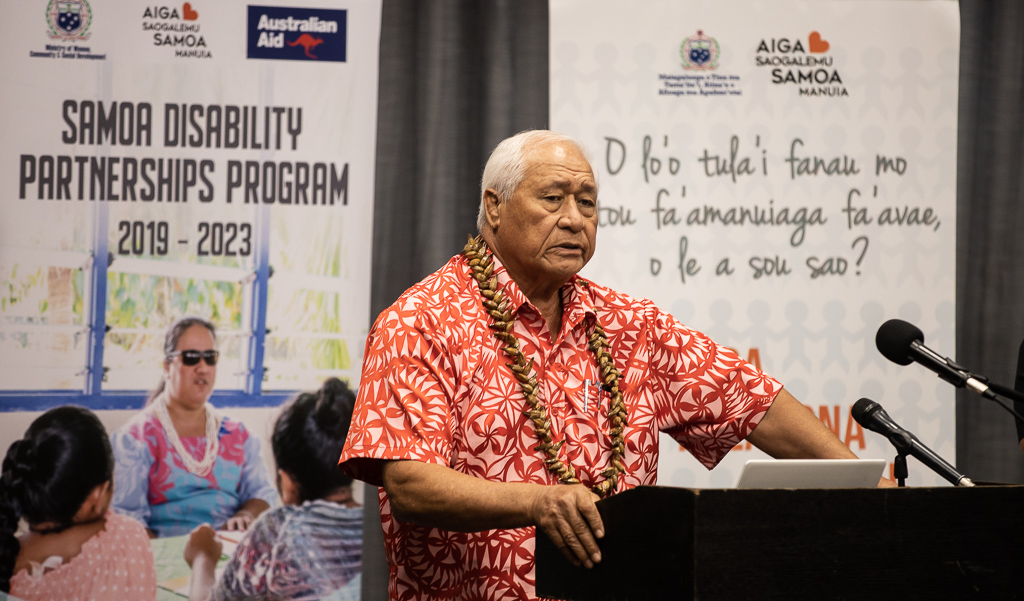 The closing was attended by some of the agencies involved in the disability sectors as well as people with disabilities and their caregivers.