The Samoa Fa’afafine Association (S.F.A.) has received a much-needed boost in the form of a vehicle for its outreach work to address sexually transmitted infections in rural and remote areas of Samoa.

Thanks to the United Nations Development Programme Multi-Country Western Pacific Integrated HIV/TB Programme, funded by the Global Fund, the Association has been given the means to reach the remotest part of Samoa to do its work.

To mark the occasion, a small ceremony was held on Wednesday at the One UN House, Tuanaimato. 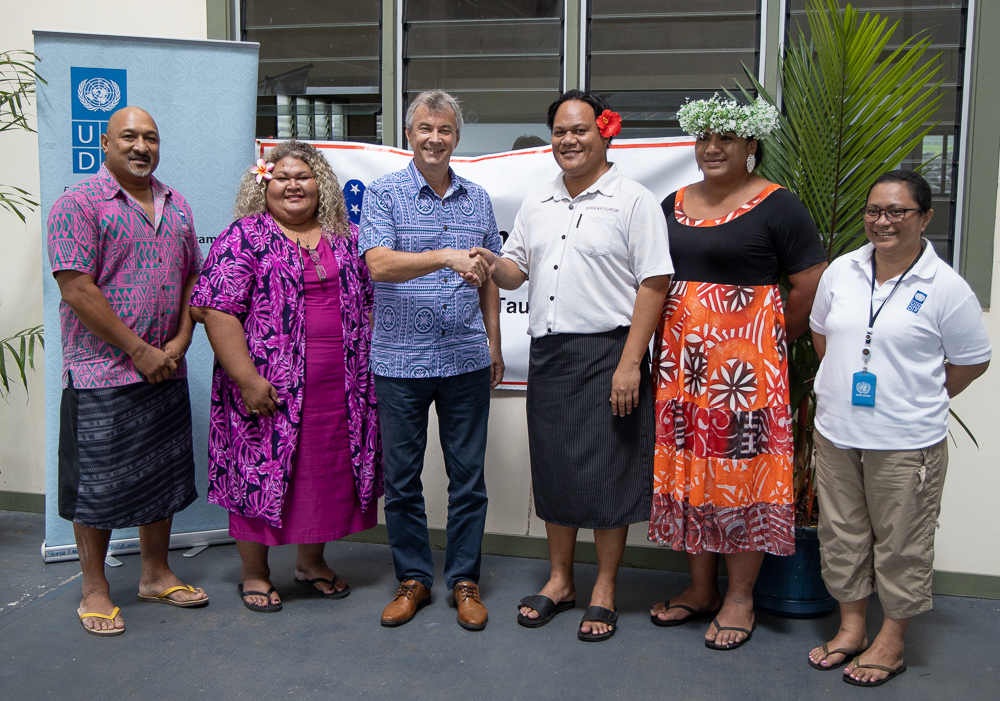 “It’s historic for our association because this is the first time we have been given something like a vehicle,” Su’a said. 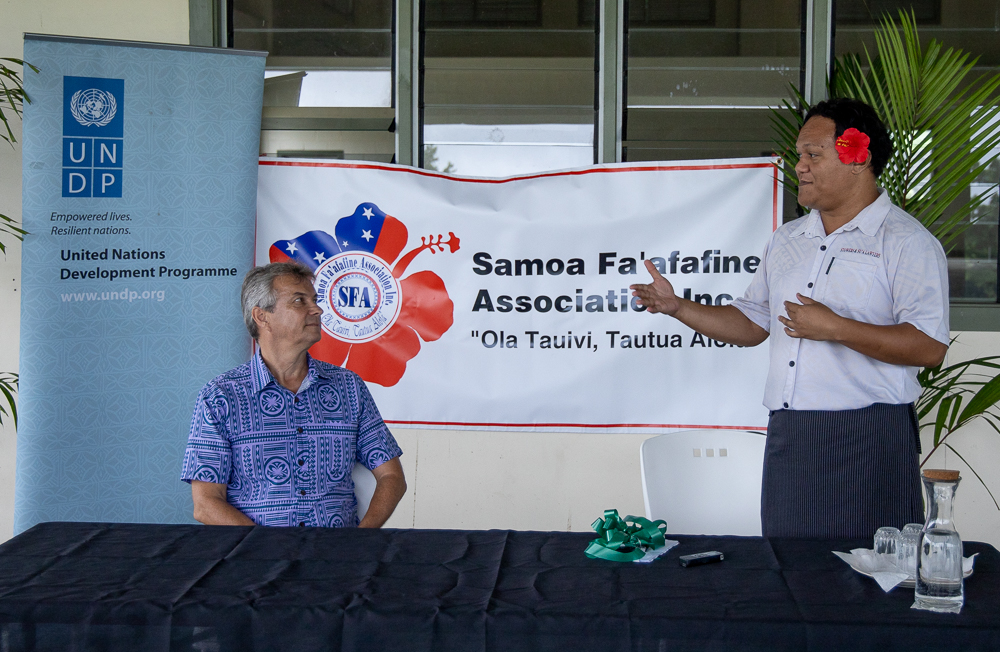 “The vehicle will be used for the outreach by the Faafafine Association to our harder to reach communities in the rural areas because the U.N.D.P. global fund objective is mostly towards encouraging S.T.I., HIV Aids testing.

“A lot of the activities have happened in town or Upolu but we rarely have the tests done in the rural area but to some hard reached areas.

“For U.N.D.P. Global Fund to recognise the hard work and present a vehicle it’s an achievement and we are very humbled.”

Su’a also mentioned that they are also hoping to look for another vehicle or land but now they have an office and paid employees.

“These are all good things, it shows progressive steps S.F.A. is going about with its advocacy and standing not only in the community but also advocacy on international forums.

“Furthermore, the vehicle will also inspire more productive and constructive work that will boost the confidence of our community with our outreach services.”

The U.N.D.P. Resident Representative to Samoa, Jorn Sorensen said that U.N.D.P. and the Global Fund is pleased to assist S.F.A. in this area, with the car being handed over today, so that they can fully serve and achieve the purposes of this programme and their organization.

“It is our hope and expectation that this vehicle will help S.F.A. reach their target groups – who are some of the most vulnerable and hardest to reach – namely transgenders and females who are involved in transactional sex,” he said.

He also stated that they believe that this vehicle will make it easier for S.F.A. to provide them with prevention packages for protection from S.T.I. and HIV, as well as conducting S.T.I. and H.I.V. testing for them to know their status and get treated.

“This is important work, especially in our society, where these people may not willingly come forward to receive these vital services due to fear of discrimination or stigmatization.”

S.F.A. acknowledged this as a significant achievement in the Association’s 14-year lifespan.

The Fa’afafine Association has been a Sub Recipient or Implementing Partner since 2017 under the U.N.D.P. Multi Country Pacific Programme for HIV, TB and Malaria funded by the Global Fund.

The Association’s first and current office space at the Maota o le Alofa in Apia, was also secured under the same programme.

The U.N.D.P. Management Unit for this programme is based in Suva, while the Programme Analyst, Tuliau Sara Faletoese-Su’a, responsible for the Samoa Sub Recipients, is based at the U.N.D.P. MCO Samoa.

Tuliau works closely with S.F.A., the Samoa Family Health Association and the Ministry of Health to help achieve the goals of the HIV/TB Programme, contributing to the Government of Samoa’s overall vision for A Healthy Samoa, as well as U.N.D.P.’s work in HIV and health which is guided by the 2030 Agenda for Sustainable Development.