Samoa
Christmas lights in front of the Fire and Emergency Services Authority [F.E.S.A.] and Police. (Photo: Vaitogi A. Matafeo)

It is beginning to look a lot like Christmas in the Apia Township.

On Wednesday night, despite the rain, the Apia town area lit up with lights as part of a testing exercise for the Festival of Lights.

The festival is spearheaded by the Samoa Tourism Authority (S.T.A.), in partnership with Government Ministries and agencies.

For the past few days, Christmas lights have been the main attraction for members of the public that flock to the town area just to catch a glimpse lights during night time. 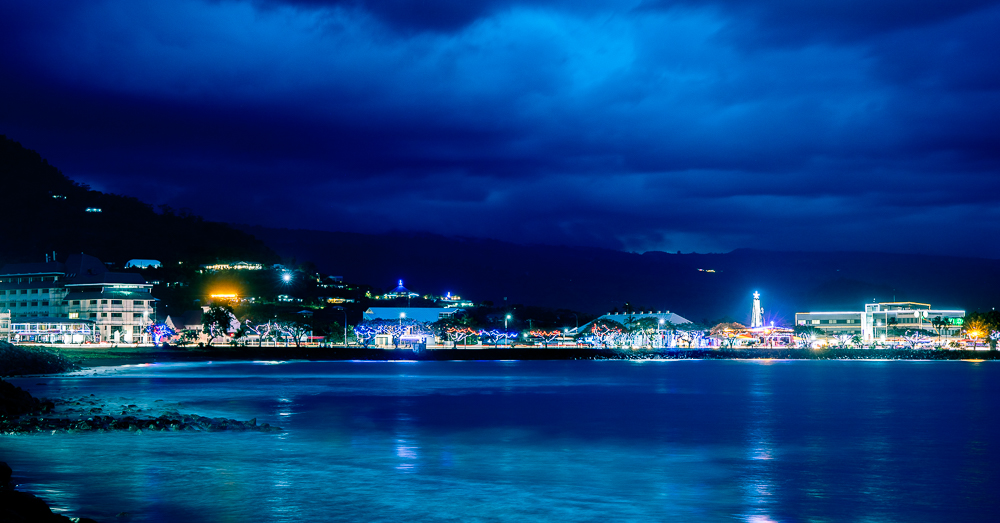 According to the Chief Executive Officer of the Samoa Tourism Authority (S.T.A), Fa'amatuainu Lenatai Suifua, he said that all Government Ministries will be turning on all their lights as a testing exercise before the main event.

He added that the official launch of the lights is on Friday, 11th December 2020 at 7:40pm which is from the Vaisigano bridge, beach road to the Maritime School at Mulinu’u.

Fa'amatuainu also confirmed that the Prime Minister, Tuilaepa Dr. Sailele Malielegaoi will light the Christmas tree after his keynote address. 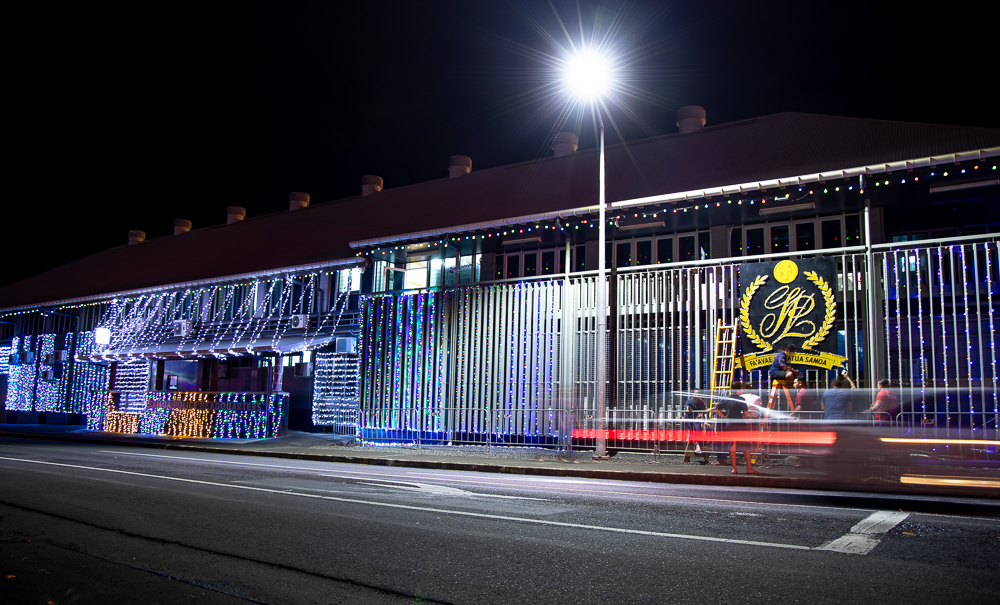 Followed by the Fire and Emergency Services Authority (F.E.S.A.) siren which will be the cue for all to turn on their lights.

Further, the programme will run for three days the 11th, 18th and the 23rd of December leading up to Christmas day and also a night market and choir singing in front of the Government building.

“We hope this festival will shine a light of hope among the hearts of our people during these difficult times but most importantly to remind us of the birth of our Lord and savior, Jesus Christ,” he said.

He also spoke on the festival with hopes to boost the morale amidst the people.

“Samoa will be the first to commemorate Christmas and New Year.

“The event is also focused on bringing families together and also to help the business communities.

“The lights are only turned on for three days to reduce the costs.”

He also said that there will be a Christmas parade to officially close the light festival which will take place on Wednesday, 23rd December at 6:30pm.

The parade will start from Vaisigano Bridge and conclude at the Event Space.

He also mentioned that after the festival of lights, S.T.A. will prepare for New Year’s Eve fireworks display from 12am, 1st January 2021 at Mt. Vaea, Palisi and Taumeasina Island Resort.