Preskerlia Mariner has been named the dux of Pesega Fou Primary School and was presented with an award at the graduation ceremony at Vaitele on Wednesday afternoon.

Preskerlia – who is the son of Luai and Amuia Mariner of Siusega, Vaisaulu, Lalomalava, Vaiafai and Iva – was overall the top student of the school and nailed down first place for Year 6.

He told the Samoa Observer that he is happy with his achievement and has a personal goal to become a doctor one day.

But the family’s celebrations did not only focus on Preskerlia as his siblings Kirma Mariner was also first for Year 2 and Loto Otinae first for Year 4. 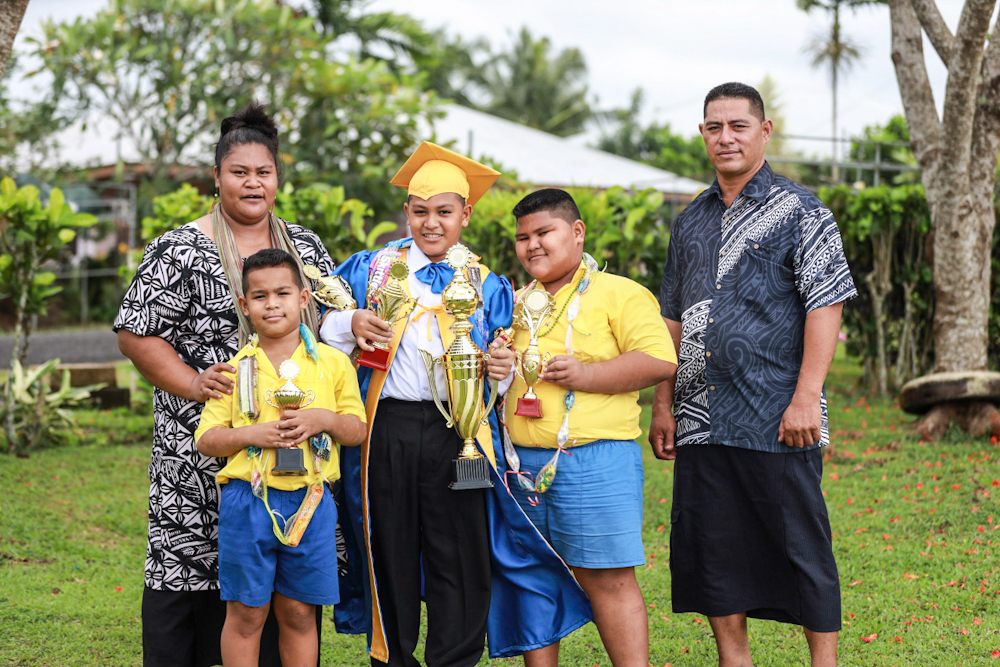 Their mother Luai Mariner told the Samoa Observer in an interview after the graduation ceremony that she feels excited with her children's efforts despite the challenges they faced every day.

She said she is also surprised by her son Preskerlia’s decision to choose to become a doctor.

Mrs. Mariner explained that she would not stop him, if this is what he wants to become and she will give her support for him to achieve his goal.

Preskerlia’s achievements are a big encouragement to his brothers, according to Mrs. Mariner, who added that this is a big step for her children as they see their older brother's achievements.

Mrs. Mariner also gave thanks to God for the help he has given the children and also to Mr. Mariner's parents, Fatea Mariner and Leuao Taugauli Mariner who were not able to attend the ceremony. 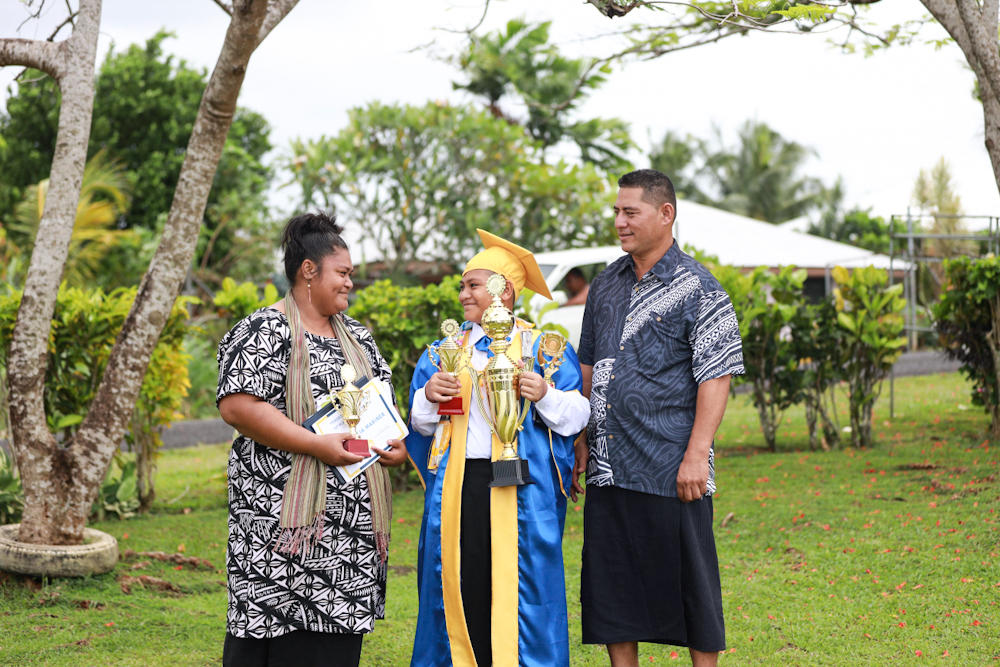 But according to Mrs. Mariner has always been supportive of the children's achievements.

She also thanked her mother Faafili Vaaelua Faavae, teachers, families and friends who had shown their support to them throughout the year.

“This is the best Christmas and New Years' present for us,” she added.

Pesega Fou Primary School Principal, Elisapeta Tonumaipea, said Mr. Mariner's achievements were very good as he achieved everything that he needed to do to become dux.

She said she also agreed with his decision to become a doctor explaining that he really loves science as a subject.

The school has had its challenges according to the Principal, such as not having a graduation ceremony last year and students being unable to pay tuition fees and consequently not paying teachers, but this year the parents have been able to witness their children’s academic achievements.