The Government has provided a breakdown for the costs incurred in the construction of the $18.2 million Tanumalala Prison, including a $2 million budget for a fence.

“All in all, 90 percent of total expenditures were funded by the Government of Samoa through its annual budget for the last three financial years,” the Samoa Prisons and Correction Services annual report for 2018-19 states.

“A total of 10 percent was funded by the Government of Japan through the Japanese Ambassador to Samoa.”

The report said the plan to have an upgraded prison facility had been a long-held policy ambition of the Government's.

“Paramount discussions and a great deal of ideas and thoughts were primarily focused on the safety and security of not only prisoners, staff but the country as a whole,” the report says.

“Thus the shift in brief from Tafaigata to Tanumalala was part of the many departmental arrangements approved by the Government of Samoa.”

In 2015, 500 acres of Government land was officially handed over to the for the construction of the prison.

The Government says there was a need to upgrade the prison to a location that was psychologically secure, geographically safe and more economically effective.

The capital was used in a $9.1 million payment for the broader facility, including its watch house and high risk cells.

The whole prison external fence came at a cost of $2 million (including a total of $1.8 million in assistance from Japan).

(The high-security fence remained incomplete, nine months after the prison’s opening, it was confirmed days after a massive breakout involving 36 prisoners occurred in March).

The prison offices came at a cost of $1.59 million; the same amount incurred in budgeting for architecture work, project monitoring and construction permits.

A total of $1 million was paid to the Samoa Water Authority for two water tanks.

The access road to Tanumalala came at a cost of $1.7 million, which included the costs of a generator, tanks for plantation works and refrigerators for prisoners’ food storage.

A total of $400,000 was spent during the two-week process of shifting the prison premises from Tafaigata to Tanumalala.

“Implementation of proposed plans and arrangements faced a lot of challenges both internal and external; nonetheless, the project was a success,” the report said. 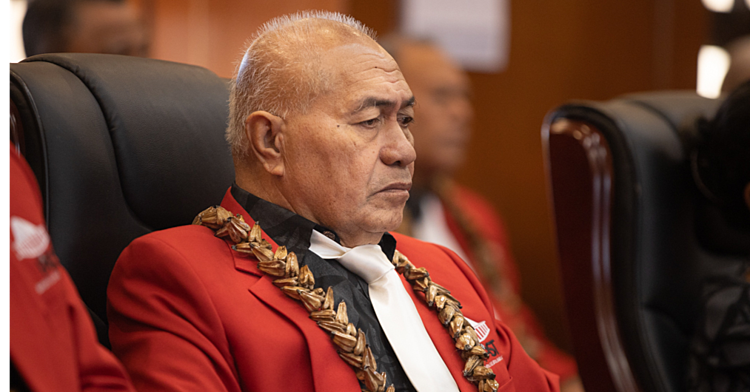 The Minister of Education Seuula Ioane has picked out the shortage of quality teachers in primary schools as a priority area and aims to address the crisis while in office.