The construction of a new building for the Office of the Electoral Commissioner (O.E.C.) has made significant progress with hopes it will be completed in time for next April’s election.

The Ah Liki Construction Company had been contracted to build the single-story $3.5 million structure located at the site of the old Land and Titles Court precinct in Mulinu'u.

The deconstruction of the old court building began in early May this year.

According to statements made at the time by the Electoral Commissioner, Faimalomatumua Mathew Lemisio at the time, the construction was projected to be a ten-month project. 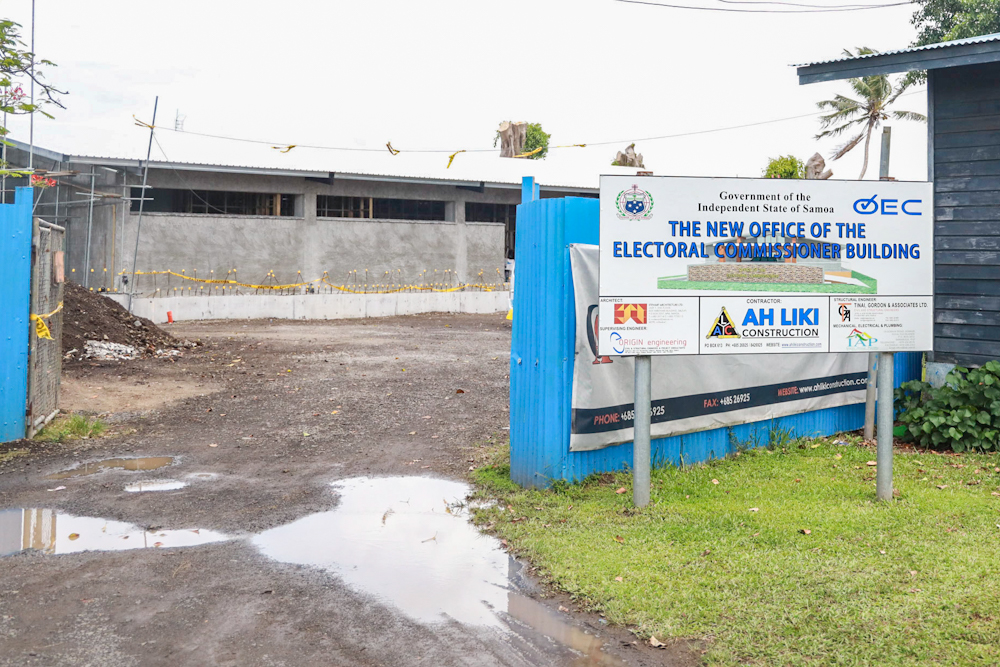 A new building the O.E.C. has been in the pipeline since at least late 2013.

The project funding is a part of the Office's $5.9 million budget allocation for operational costs and activities for the 2019-2020 Financial Year.

The Office is currently renting two makeshift office spaces for its operation at the Development Bank of Samoa (D.B.S.) and the National Provident Fund (N.P.F.) Plaza.

The deteriorating state of the old Electoral Office at Mulinu’u forced the more than 40 staff members to vacate to the Tofilau Eti Alesana building after the floorboards in the front porch collapsed under the weight of registering voters.

The colonial-era building was declared unsafe but its future use remains unknown.