An aspiring automotive engineer from Lepa has been named the top science student and overall dux of Vaimauga College.

The academic success of 19-year-old Ryan Suavi, the youngest son of Vesi Aumua and Palea Suavi Tuilaepa, was announced at the college last Friday evening when the prize giving ceremony was held.

Mr Suavi said he was overwhelmed by his success but 2020 has been smooth-sailing for him as he almost lost his chances to succeed due to the challenges he faced.

Throughout the year, he said he lived with his cousins at Papauta away from his family in Lepā because it was too far from the school.

"I feel very honoured and pleased with my achievements because throughout the whole year, it hasn’t been easy and the glory is returned to God because if it wasn’t for Him, this wouldn’t have been possible at all," he told the Samoa Observer on Friday night.

"However, this is not the end of it, this will be a challenge for the next step of my academic life. There were challenges along the way that really threatened my chance here at the college but a second chance from the staff and principal gave me another shot."

As a graduate of the Lepā Primary School he attended Years 9-10 at Lepā and Lotofagā College before moving to Apia to do Year 11 at Vaimauga College as his mother had moved to Apia. 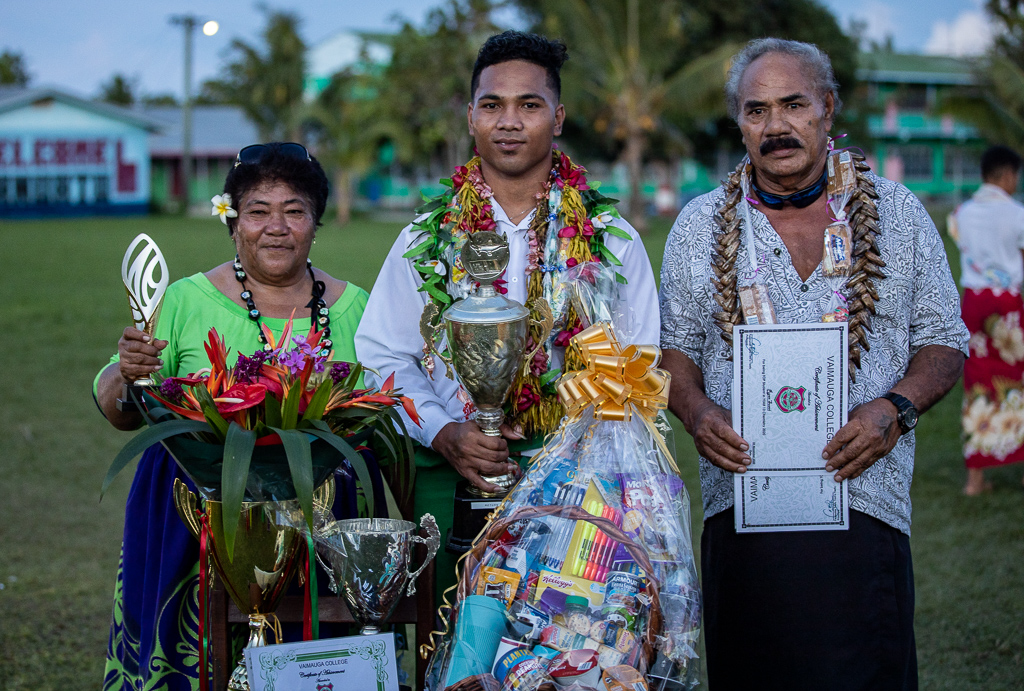 However, he said he moved back and attended Lepā and Lotofagā College again until he was expelled and returned to Vaimauga College at the beginning of this year.

"For Year 11, I came here when my mum moved here, but I moved back last year and some things happened back at  Lepā and Lotofagā College and I got expelled," he said in an interview.

"This year I was able to get an opportunity back here at Vaimauga for Year 13 and continued on with my studies."

And as he prepares to sit the National Secondary Examinations this week, he hopes to do well and make it into the National University of Samoa (N.U.S.) where he plans to pursue automotive engineering as he has seen its success through his relatives.

"If all goes well after the National Exams that we are about to sit and I make it into NUS, I’m looking at a career in automotive engineering.

“I want to pursue this because I’ve seen how much some of my relatives back in the village who are automotive engineers make from it.

"And I’ve seen how with this career, you can still earn while staying home and you don’t need to go around."

He is determined to succeed to provide for his family as he is the only one that can support his parents because his older brother has a family of his own. He went on to say that his family back in Lepā does not have a business they could depend on which is the driving force for him to succeed.

Mr Suavi added that he wanted to do well for his family and be able to provide for his parents and family in the future.

"I’m the youngest of two; my older brother already has his own family and so what I want to do for my family in the future is ensure that I can provide for my parents and our family and I’ve put it mind that I should be the one to pay off all my parents loans because they have raised us throughout all these years," he added.

"Also, I’m very determined to succeed because our family doesn’t have any business whatsoever or anyone that is working that could provide for us.

“Our families overseas have put in so much to ensure that I am able to get an education. There’s nothing else that we can depend on except our plantations especially for us from the rural villages."

Looking back at his expulsion from Lepā and Lotofagā College last year, he said it opened his eyes to the kind of life that a child without education can live.

"Last year after I got expelled from Lepa and Lotofaga College, I was very disappointed but I saw how crucial it was for a kid who does not go to school. They would stay home, wake up to chores and when they go to sleep there’s an absence of excitement," he said.

"My parents were also upset with me but then it was like a whisper from the holy spirit for me to go back to school and continue with my studies. And so I spoke to my parents that I wanted to finish my college education here at Vaimauga College."

Mr Suavi said he is indebted to his parents for their care and support all throughout the years and thanked them.

He also acknowledged his cousins who he had lived with at Papauta as they also assisted him and his education.

"I appreciate and am grateful to my parents for their never-ending support and they trusted me to stay here with my cousins so that I’d be closer to school and we didn’t really get to spend that much time together this year because sometimes I’d spend the weekend here.

“I also thank my cousins who I stayed with even though we’re the same generation, but they contributed a lot to my education this year.”